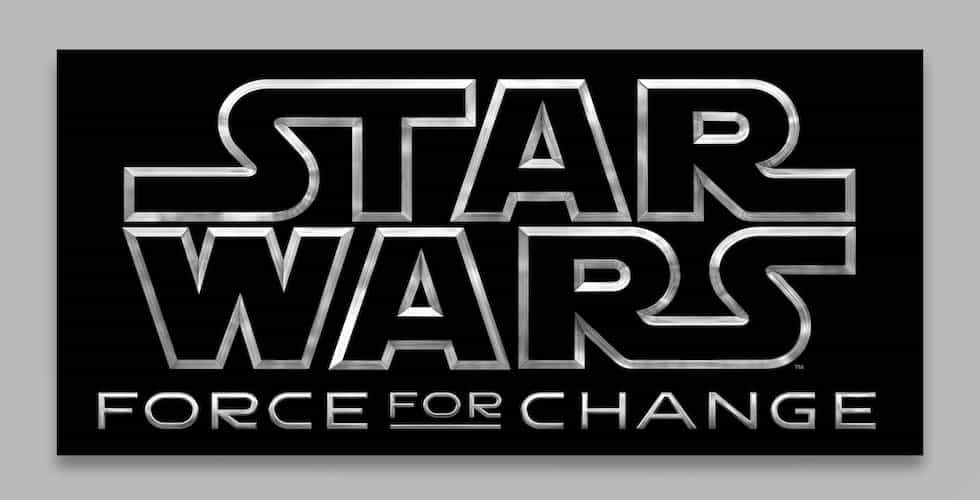 The Star Wars: “Past, Present, and Future” campaign will run through May 11.

“Star Wars” fans know the lines from the films forward and backward. Imagine how fun it would be just reciting some of those lines with friends, and then Mark Hamill, famous for portraying Luke Skywalker from the film saga, just shows up! For a small group of fans, they got to experience just that, thanks to Star Wars: Force for Change and their newest campaign.

Fans now have the chance to enter to win the grand prize from Omaze and Star Wars: Force for Change’s newest fundraising initiative, Star Wars “Past, Present, and Future.”

Entries can be submitted at omaze.com/starwars, and the grand prize includes all three prizes fro the “Past, Present, and Future” fundraising campaign: a chance to visit the set and meet the directors, as well as have a walk-on role in the yet-untitled Han Solo film; a ticket to the premiere of “Star Wars: The Last Jedi” to watch the film with the cast, as well as attend the after party; as well as a stay at the famed Skywalker Inn, along with a tour of the archives and a screening of “Star Wars: A New Hope.” 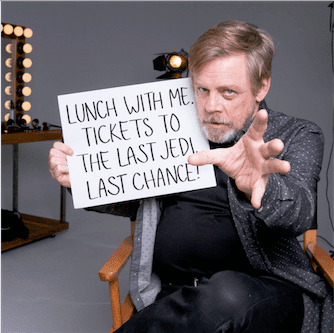 Those who enter the contest for Star Wars “Past, Present, and Future” have a chance to win a bonus prize: lunch with Mark Hamill.

This campaign benefits Starlight Children’s Foundation and UNICEF. You can read more about these charities in our previous article on the Star Wars “Past, Present, and Future” campaign here.

Also, for fans who enter the contest this week, they are also in the running to win a bonus prize: a chance to have lunch in Los Angeles with Hamill, as well as two tickets to an early screening of “Star Wars: The Last Jedi.”

This fundraising campaign will run until May 11. To enter, visit omaze.com/starwars. Check out the video of Hamill surprising fans below.