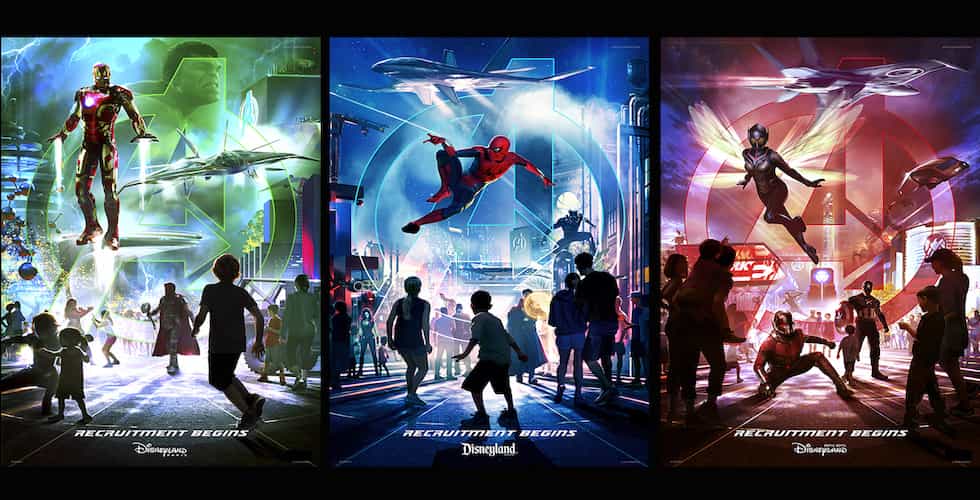 Your recruitment begins in 2020 for a brand-new Marvel experience.

Highly anticipated new Marvel experiences are coming to Disneyland Resort, Disneyland Paris and Hong Kong Disneyland, as the parks invite guests to become part of an all-new universe filled with their favorite Super Heroes and Villains. 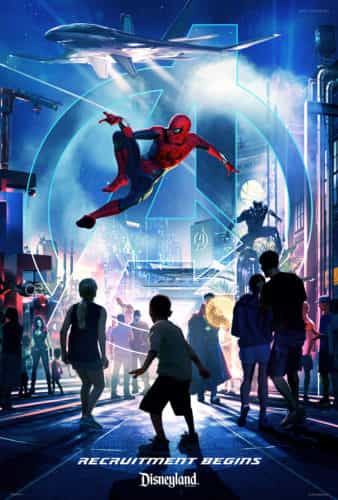 Developed in collaboration with Marvel Studios and Marvel Themed Entertainment, these three new areas will lead in the next generation of Super Heroes.

“With the incredible popularity of Iron Man Experience at Hong Kong Disneyland and the Guardians of the Galaxy – Mission: Breakout at Disneyland Resort, we know our guests love experiencing epic action and adventure alongside the Avengers and their heroic friends,” said Bob Chapek, chairman of Disney Parks, Experiences and Consumer Products. “We are excited to take the next step by immersing our guests in this ever-expanding universe – and this is only the beginning!”

At the Disneyland Resort, the new Super Hero-themed land will start recruiting guests in 2020, with even more experiences to come. The Guardians of the Galaxy will be joined by Spider-Man and the Avengers in a completely immersive Super Hero universe in Disney California Adventure Park.

This new land will be anchored by the popular Guardians of the Galaxy – Mission: Breakout attraction, and will take up the space that is currently occupied by “a bug’s land.” “It’s Tough to Be a Bug” closed on March 19 to make way for this new area, and the rest of the land will close in late 2018.

As part of the transformative, multi-year expansion that was recently announced for Disneyland Paris, the new Marvel-themed area at Walt Disney Studios Park will include a reimagined attraction where guests will team up with Iron Man and the Avengers on a hyper-kinetic mission in 2020.

This will come after the launch of a new experience this summer, when Disneyland Paris hosts the Marvel Summer of Super Heroes from June 10-Sept. 30. Fan-favorite Heroes will take the stage for an all-new, live-action production with special effects and projections.

Multi-year expansion plans are also in place for Hong Kong Disneyland, including a new themed area that will include an attraction where guests team up with Ant-Man and The Wasp.

This new attraction will join the Iron Man Experience, which opened in 2017 and is considered to be the most popular attraction at the resort. These expansion plans will bring a new attraction or entertainment offering nearly every year through 2023.

Check out the preview video released by the Disney Parks Blog below:

The Wizard of Oz Train Ride arrives in Tavares this June

Mickey Mouse is ready for hugs at...