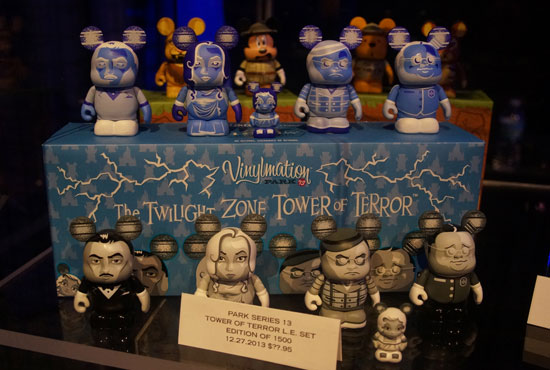 There were multiple events at Epcot as part of the 13 Reflections of Evil special ticketed weekend. Here’s a look at the Vinylmation trading day.

Seen here is the upcoming Tower of Terror series. At bottom are the normal figures, based on characters in the black and white TV segment in the pre-show. At top are the much more rare alternate versions of the figures, in their ghostly form as seen in the Fifth Dimension. 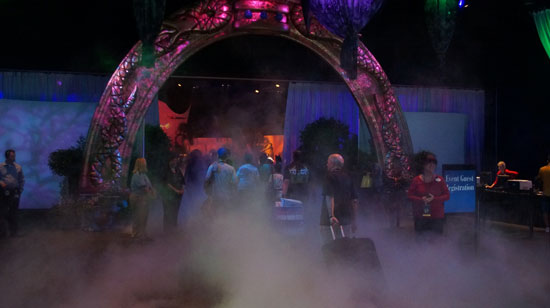 The trading events were held in the World Showplace at Epcot. Ghostly fog at the entrance set the stage for the theme of this year’s event.

The stage wall of the Showplace was lined with scenes inspired by Disney Animation.

Chernabog looms over a village. 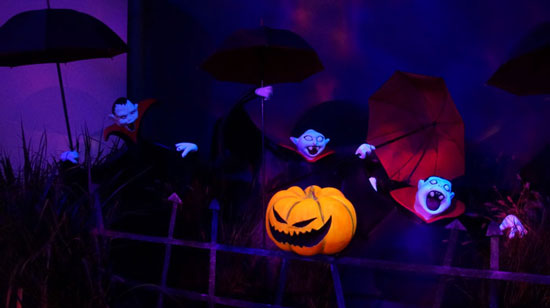 Vampires from Nightmare Before Christmas. 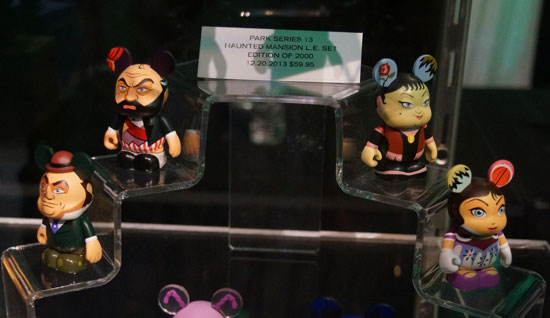 Most of the upcoming Vinylmation series and figures were on display in lobby cases. Seen here are figures based on the stretching portrait characters of the Haunted Mansion. For example, top left is the man seen in a portrait standing on a barrel of explosives. 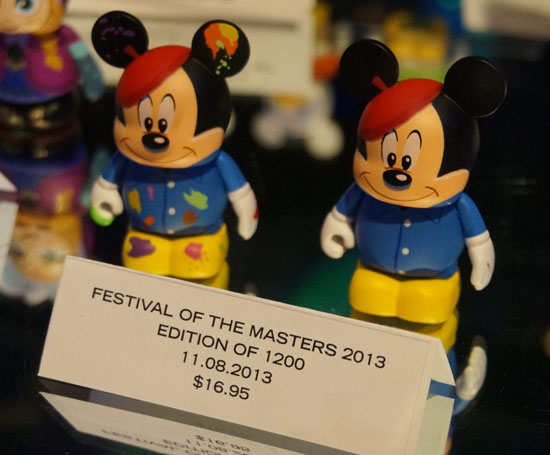 Many of the Walt Disney World seasonal events will have figures, such as the Festival of Masters. 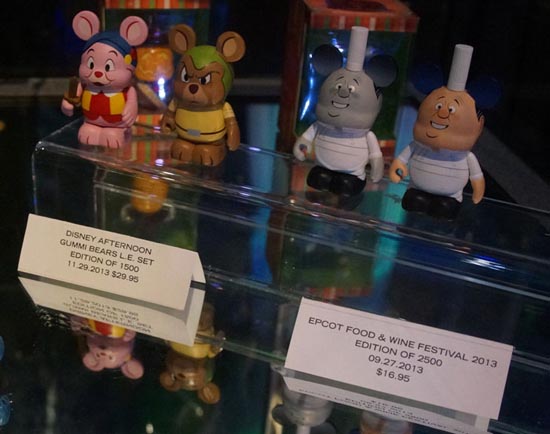 Epcot Food and Wine Festival will also have a figure and alternate. 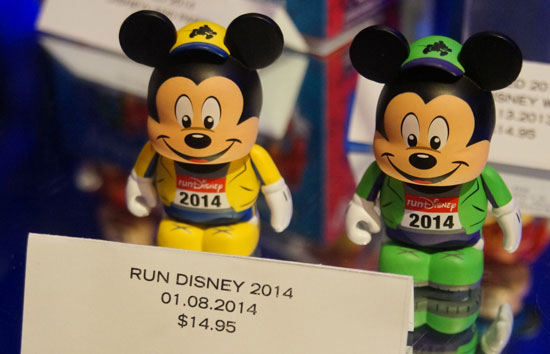 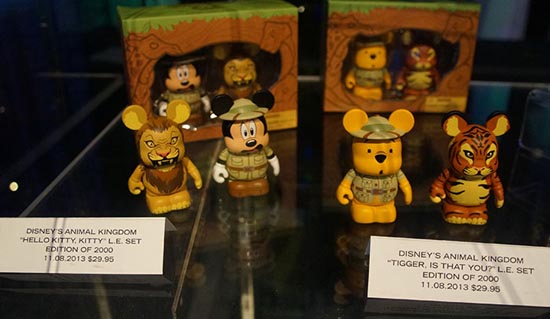 These figures are based on two enormously popular T-shirts sold at Disney’s Animal Kingdom. 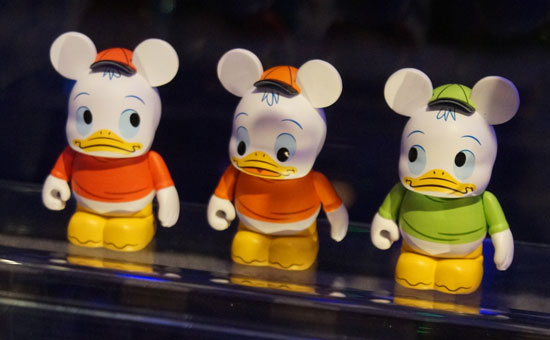 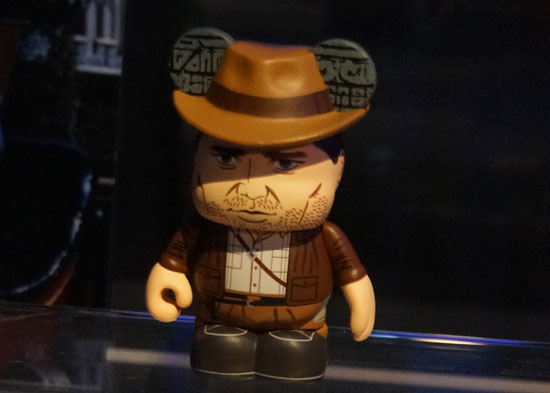 The Indiana Jones films are inspiring a new Vinylmation series. 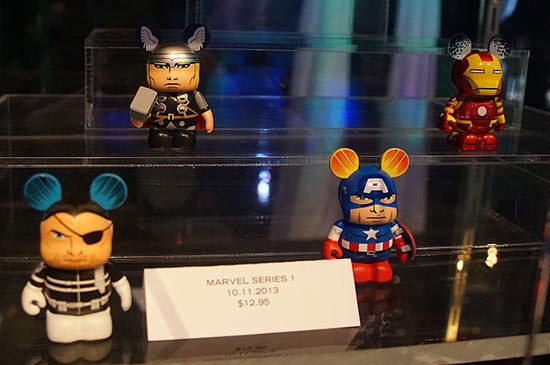 Marvel Characters are another inspiration for a new series. 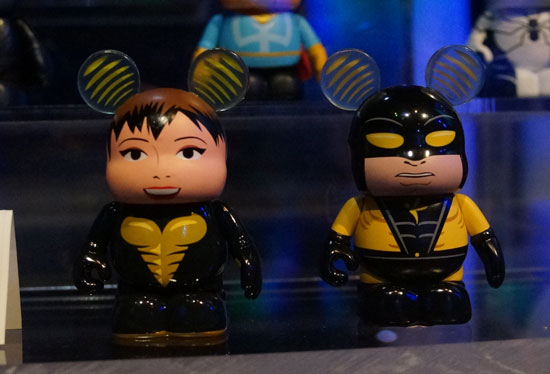 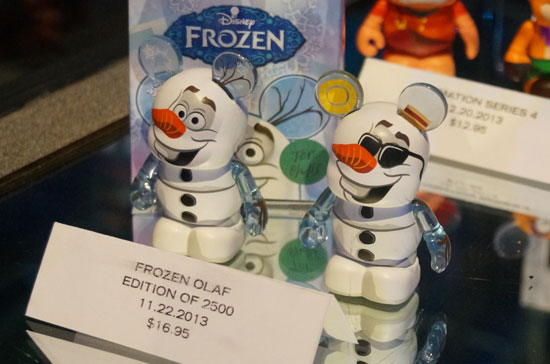 The snowman from the upcoming movie, Frozen. 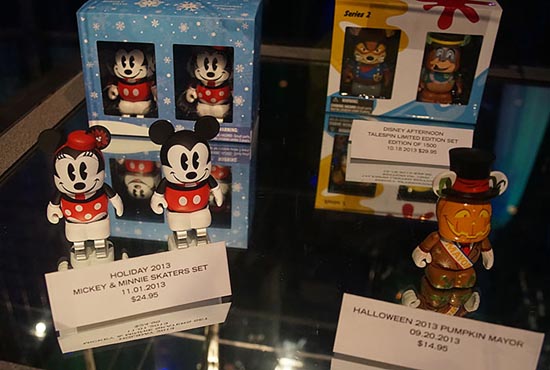 Skaters and the Halloween Mayor of Main St USA. 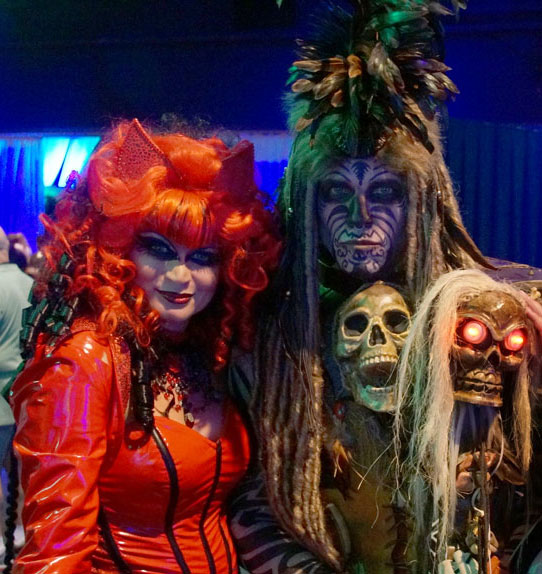 Improvisational characters wandered the Showplace all day, hilariously interacting with guests. We will probably see more of these characters. They were very funny and quick-witted all day long! 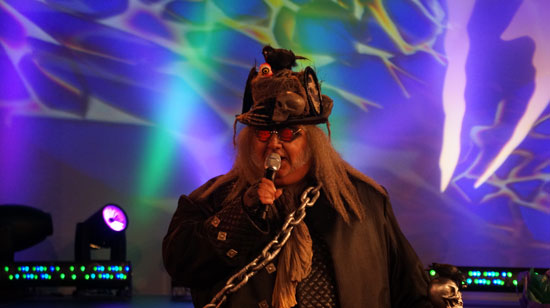 A closer look at the detail of one of the costumes. 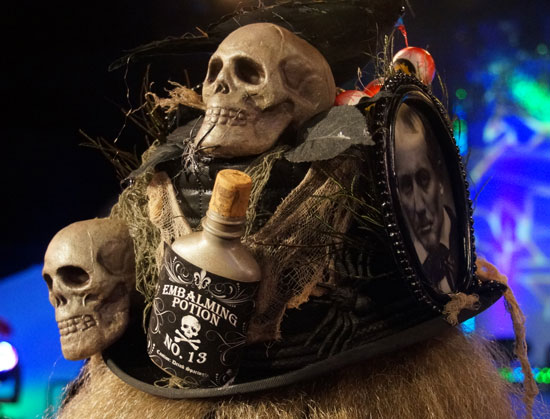 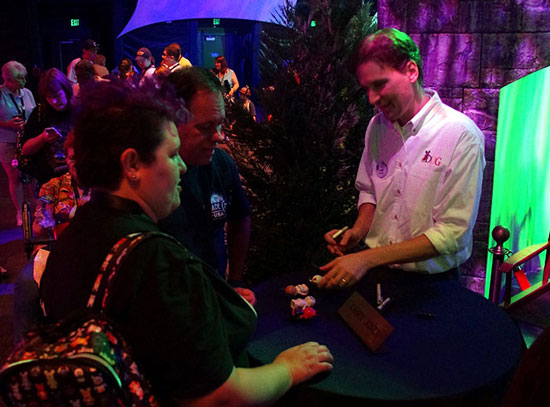 Most of the Vinylmation artists were there, signing their figures. 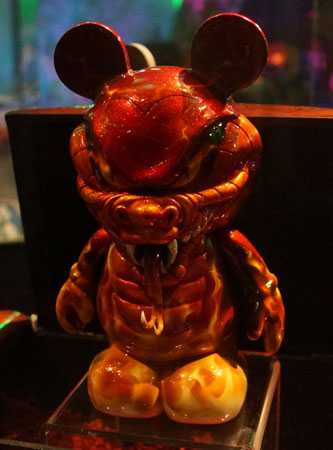 One-of-a-kind custom Vinylmations were also available for purchase. This is Jafar, in serpent form. 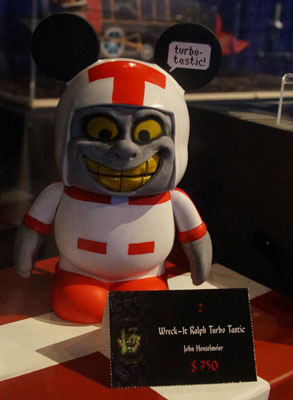 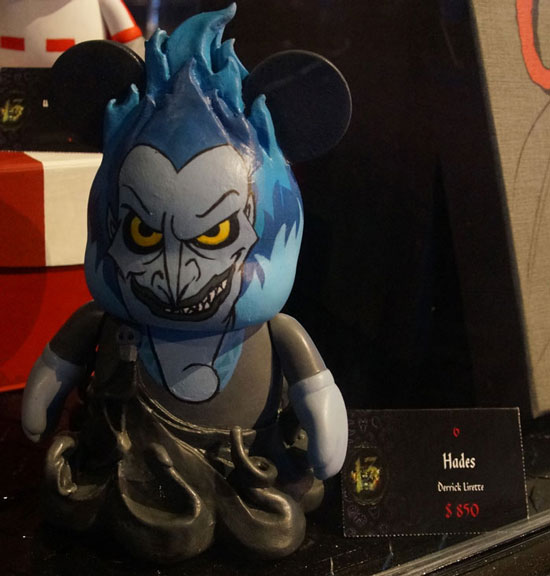 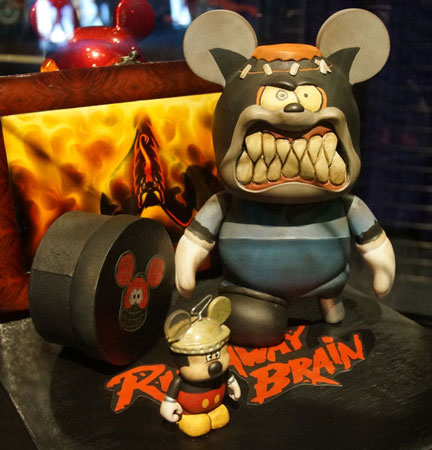 Runaway Brain is a 1995 cartoon. It was animated at Hollywood Studios. 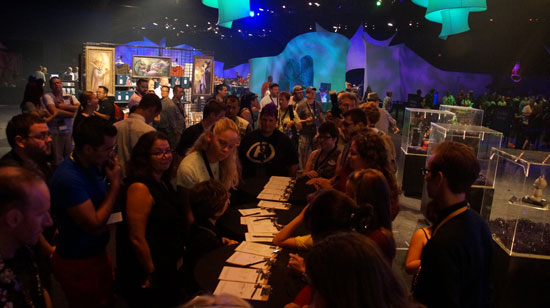 One of the last events of the day was the conclusion of a silent auction. Seen here are the closing moments of the bidding. 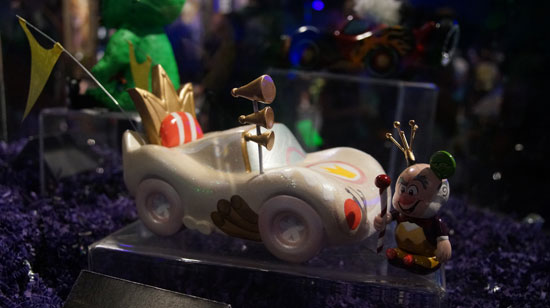 One of the silent auction items was King Candy, from Wreck-It Ralph. 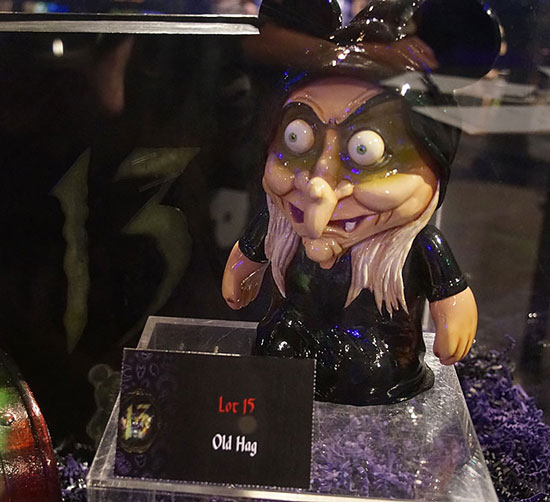 The old hag from Snow White was also auctioned. 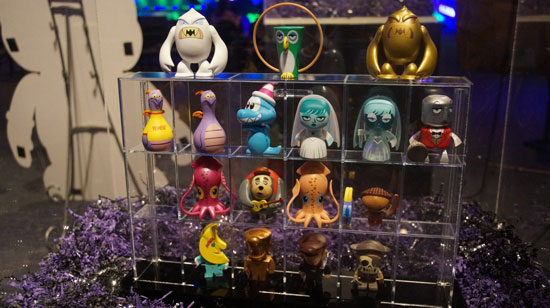 A few complete sets were also auctioned. This is a complete park series, each figure is autographed by both artists. 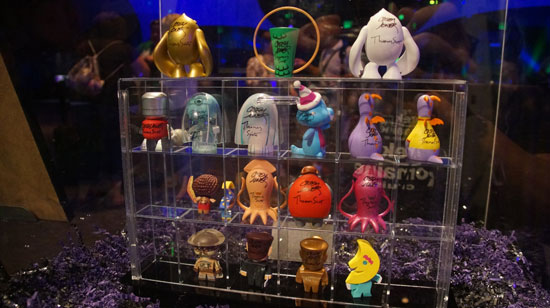 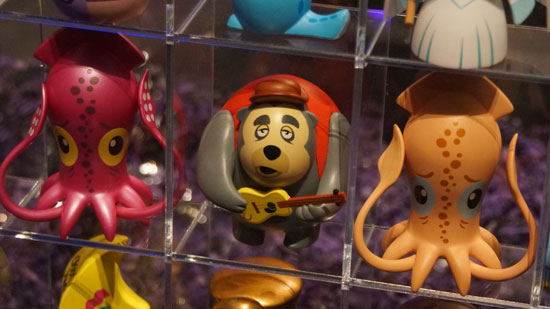 The Vinylmation Trading day was fun!