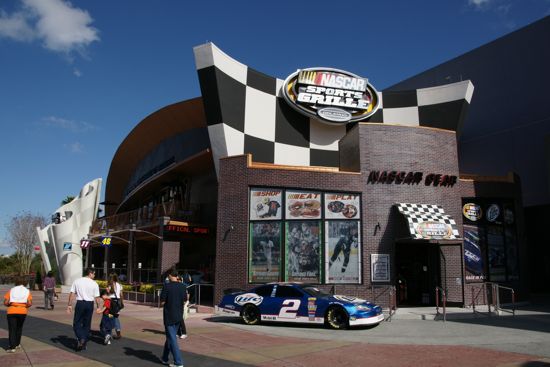 Dale Earnhardt Jr., NASCAR’s most popular driver, will unveil his No. 88 National Guard/AMP Energy Chevrolet at CityWalk’s plaza stage from 4:30 to 5:30 p.m. Sunday in front of a crowd of National Guardsmen and Universal Orlando guests.

Those in attendance will get to see Earnhardt live on stage with a replica of the car he will drive during the 2009 season. Select fans will have the opportunity to ask him questions and all fans can enter to win one of five autographed items.

More than 300 members and potential recruits from the Florida National Guard will also be in attendance, some in full dress uniform. At the conclusion of the unveil ceremony, guardsmen will roll the replica vehicle through CityWalk to the front of NASCAR Sports Grille, where it will be set permanently. The event is free and open to the public.

Universal Orlando Resort partnered with NASCAR Sports Grille and the National Guard to host Dale Earnhardt Jr. and showcase his car, which will make its season debut on Feb. 7 during the Budweiser Shootout at Daytona International Speedway.

Read more about the NASCAR Sports Grille in the Feb./March 2009 issue of Orlando Attractions Magazine.