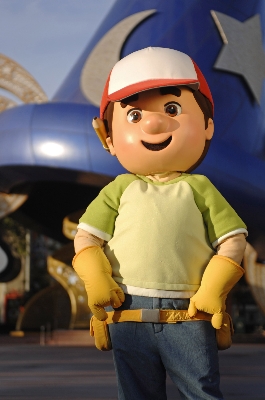 Also, coming in 2008 to the theme park, Handy Manny will debut as part of the cast in a new show entitled “Playhouse Disney-Live on Stage!”

Is handy manny avaible for meet and greet? Need to know for week after Thanksgiving 2011?

Yes, he currently is available.

The music of Ratatouille at Disneyland Paris:...