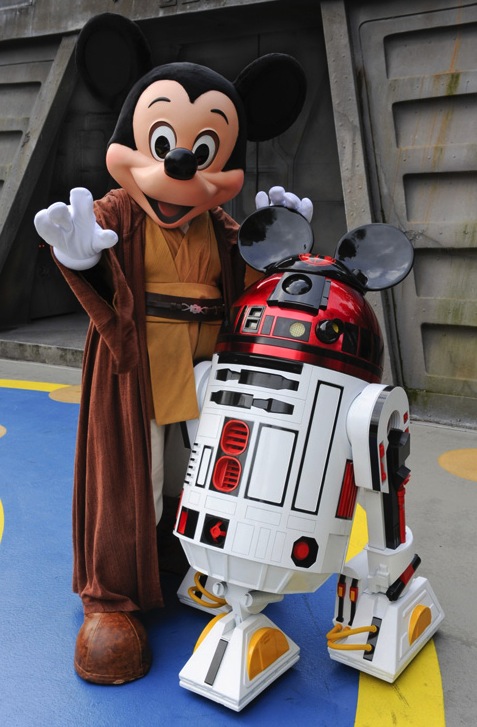 The Disney Parks Blog recently posted the above photo of Jedi Mickey and his new droid, R2-MK. I guess MK stands for Magic Kingdom, but that’s not where you’ll find this Star Wars duo. They’ll be making appearances during Star Wars Weekends at Disney’s Hollywood Studios, which begin this Friday, May 21, 2010. 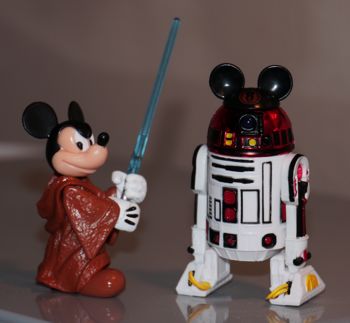 Besides meeting them, you can also buy their action figures. A two-pack is now for sale at Hollywood Studios and the Once Upon a Toy store at Downtown Disney. Jedi Mickey’s head turns, but other than that, he doesn’t offer much posability. The R2-MK toy’s Mickey ears can be removed and feature his name stitched onto the back of his Ear Hat. His middle leg is able to be pushed up into his body, his legs move and his head swivels. He also features wheels on the bottom of his legs (feet?).

The back of the package gives this description:

Whether he is fighting the Separatist forces in the Clone Wars, or helping the galaxy with their struggles against the Galactic Empire, Jedi Master Mickey Mouse is ready to use the Force at any time. Aided by new friend astromech droid R2-MK, these allies can compete any mission in the galaxy. Join Jedi Mickey and R2-MK on their many adventures across the stars!
May the Force be with you.

Retro Orlando: Take a Delta Dreamflight at the Magic Kingdom

A pelsianlgy rational answer. Good to hear from you.

Take a glimpse at the Yule Ball...