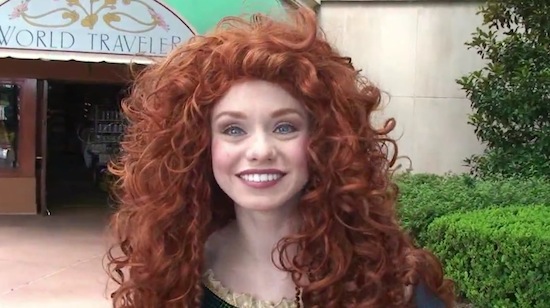 Merida, the heroine of Disney-Pixar’s upcoming movie Brave has been spotted at Epcot, meeting a few guests before she moves to her new area in the Magic Kingdom. Here’s a look: 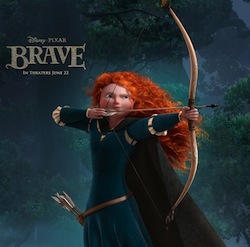 Although you may spot Merida at Epcot for now, in a couple of weeks she’ll start appearing in the Fairytale Garden in Fantasyland, which will be transformed into a setting inspired by her Scottish Highlands home.

Guests will be invited to engage in archery lessons and other activities until it’s their turn to meet her. Joining Merida will be the three bear cubs from the film, who will also interact with guests.

Merida will also be meeting and greeting guests at Disneyland near “it’s a small world” in Fantasyland.

UPDATE: Merida is now at her new area at Magic Kingdom. Take a look at the archery lessons, Brave merchandise and Merida’s three animated bear cubs:

Here’s a video walk-through of the gallery for Brave at Disney’s Hollywood Studios:

Movie Review: ‘Marvel’s The Avengers’ smash their way into a summer hit

News In The Queue: TurtleTrek, Antarctica, Test Track, New Fantasyland and More – May 3, 2012

I hope Disney keeps Merida in the parks forever. I wish they had kept Giselle also. It’s nice to see all the lovely Disney heroines.

Brush up on the unusual and best...