Cast members of the 90’s staple “The ‘All New’ Mickey Mouse Club” will reunite with fans in Orlando to celebrate the 30th anniversary of the debut episode and give back to the community where it all started. 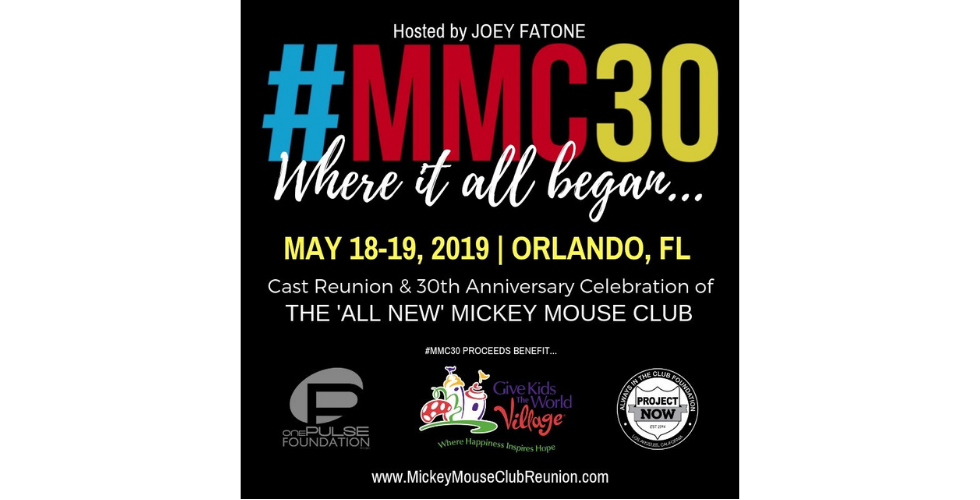 Hosted by N*SYNC’s Joey Fatone, the reunion event will take place next year on May 18-19, and feature Mouseketeers from all 7 seasons of the “The ‘All New’ Mickey Mouse Club.” Proceeds will benefit onePULSE Foundation and their efforts toward diversity and inclusion, as well as Give Kids the World Village to help fulfill the wishes of critically ill children visiting Central Florida and its theme parks.

Others planning to attend are actors Nikki DeLoach (MTV’s “Awkward”), Dale Godboldo (“American Crime Story: The People vs OJ Simpson”), and Marc Worden (“Star Trek: DS9,” “The Invincible Iron Man”), as well as recording artists Rhona Bennett (EnVogue) and Tony Lucca (“The Voice”). An announcement of all confirmed Mouseketeers will be released in the coming weeks.

“The Mickey Mouse Club cultivated a culture of diversity and inclusion long before it was brought to the forefront of corporate social responsibility,” said Barbara Poma, executive director of onePULSE Foundation. “We are grateful to their organization for pioneering the message to our youth for so long, and also for supporting onePULSE in our effort to fight hate and promote acceptance.”

#MMC30 will begin on Saturday, March 18 with a cast reunion panel moderated by Fatone at MegaCon Orlando. Mouseketeers will also be available for photos and signings throughout the afternoon. Guaranteed admission to the panel will be available exclusively through the #MMC30 website.

The celebration will continue at Epcot with “Mouseketeers & Memories” in the World ShowPlace at 5 p.m. on Saturday. The night will feature dinner, musical performances, and more. Attendees will also get to enjoy Lindsey Alley’s performance of “Blood, Sweat and Mouseketears,” along with several other activities that will be announced soon.

Rare items like artist Jennifer Contini’s #MMC30 collection, “Believe in the Magic 2019,” will be auctioned off for charity, along with vacations and backstage concert experiences. The night will come to a close with a performance of “IllumiNations: Reflections of Earth.”

The #MMC30 after-party will begin at 10 p.m. that night, featuring performances from the Mouseketeers. On Sunday morning, The Hyatt Regency Orlando will host #MMC30’s “Soul Sunday” starting at 9 a.m., which will offer music and fellowship.

“We are truly honored to be a part of this special reunion of the Mickey Mouse Club,” said Pamela Landwirth, president and CEO of Give Kids the World. “Wish children and their families who stay at Give Kids the World are visiting Central Florida with a wish to enjoy Walt Disney World and other Central Florida attractions. The joy that participants will bring to these precious families through their support of this event is immeasurable.”

Get more details on the event, and purchase early bird admission tickets now at MickeyMouseClubReunion.com.