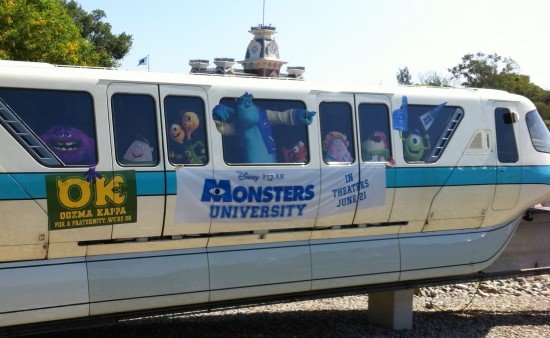 Today Walt Disney World debuted a new wrap for one of their monorails. The monsters from ‘Monsters University’ have taken over Monorail Teal in anticipation of their new Disney/Pixar film coming out June 21, 2013.

This marks the fourth time Disney has wrapped one of their monorails as a promotion for an upcoming movie. It all started in 2010 with the Tronorail, then 2012 saw the Avengerail, and earlier this year the Iron Manorail made its debut. For the first time, two specialty wrapped monorails are running simultaneously.