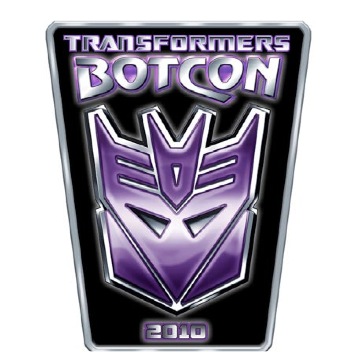 Watch out Walt Disney World, Transformers are invading this weekend. The Dolphin Hotel and Convention Center will be the home for the 16th annual “BotCon” – the official Transformers convention – hosted by The Transformers Collectors’ Club and Hasbro, the creators and owners of the Transformers franchise.

From June 25 to 27, 2010, thousands of Transformers fans and collectors from around the world will arrive at Disney World. This year’s convention will feature special guests, including creators and artists from animated series, video games and comic books, as well as the Hasbro Transformers brand and design team.

Additionally, after more than 25 years of “More Than Meets The Eye” action, Hasbro has established the Transformers Hall of Fame, with the inaugural class of both “Robots in Disguise” and those influential in creating and building the iconic entertainment brand being inducted during the convention.

First introduced in 1984 by Hasbro and Takara as a toy line, Transformers has morphed into cartoons and feature films.

Wish I had got the newsletter sooner than 6/29 about this. I have now missed it and did not know this kind of convention existed. Kind of pointless to include this in the e-newsletter when it has passed.

You’re right. Sorry about that Brian. The newsletter is automated to pull in all these stories from the week. We’ll try to post these things sooner next time. To get these headlines quicker, you can follow us on Facebook or Twitter.
https://www.twitter.com/attractions
https://www.facebook.com/attractionsmagazine

I attended this (I just found your blog – sorry for the late comment, I will be back often) and it was amazing. As a side note – while in Orlando I stayed at the Royale Parc Suites and you should do a write up of this resort – it was almost as awesome as the convention!