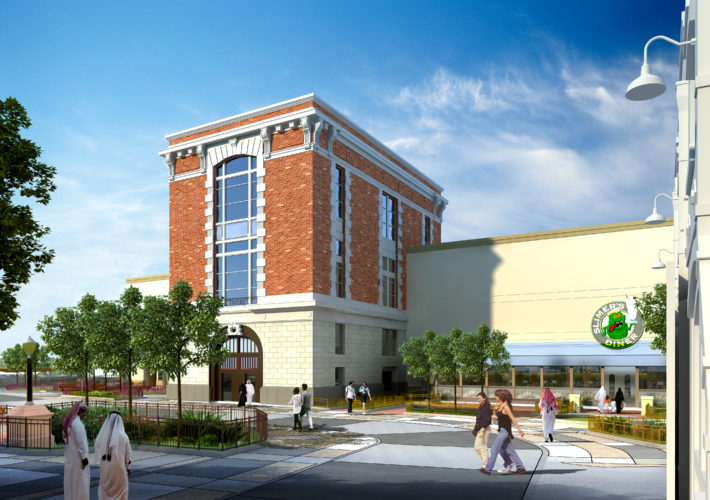 If you want to experience the world’s first Ghostbusters ride, you’ll have to head to Motiongate Dubai when it opens this October.

The new all-female Ghostbusters are currently storming the American box office, but on the other side of the globe Motiongate Dubai has unveiled the world’s first Ghostbusters ride based on the original 1984 film.

Starting this October, guests at Motiongate Dubai can relive the Ghostbusters through immersive experiences including a first-of-its-kind Ghostbusters ride, a live musical show and a family diner, located in the new theme park’s Sony Pictures Studios Zone. 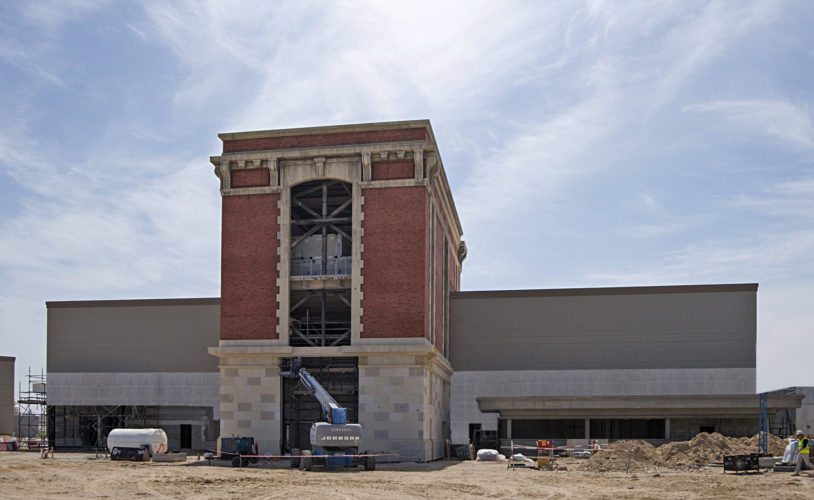 As a tribute to the original classic, Ghostbusters: Battle for New York is an interactive, trackless dark ride that transports guests to the rooftops of New York City, where the paranormal activity begins aboard your very own Ecto-Pod vehicle. Armed with a ghost-blasting proton pack, guests are inducted as honorary Ghostbuster with one goal – to exterminate Slimer, Gozer the Destructor, the Stay Puft Marshmallow Man and other sinister beings. 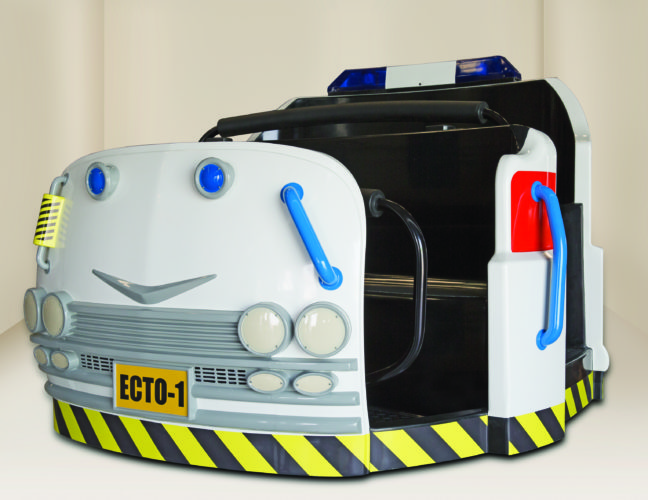 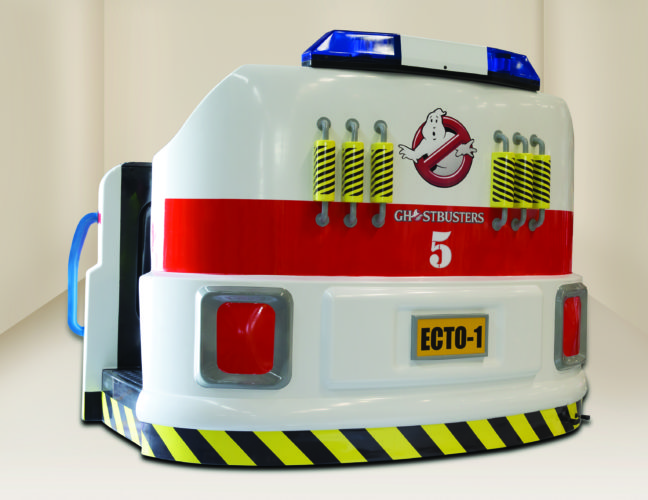 Using special projecting mapping technology, Slimer and his paranormal friends come to life, taunting guests as they float throughout Ghostbusters: Battle for New York. Fans can ride through iconic scenes including Dana’s Apartment, the Temple of Gozer and battle the Stay Puft Marshmallow Man on the Ghostbusters dark ride as they attempt to save humanity from paranormal destruction. Guests can blast ghosts for points with a score-card at the end of the Ghostbusters: Battle for New York ride, so you can see how you rank among your ghost-busting friends.

After their ride, guests can continue playing their role and join in the festivities alongside the Ghostbusters boy band, a live musical show with song, dance, humor and photo opportunities with your favorite four exterminators.

Finally, for some ghostly fare, the family can head to Slimer’s Diner and grab some movie-themed food. Slimer has his own drink and it’s called Slimer’s Slush – and yes, it’s green. Order this at Slimer’s Diner, a retro-style diner that seats up to 80 guests, with a full menu on offer.

“Ghostbusters is a classic film that has transpired generations over the past 30 years, and Motiongate Dubai is finally giving the world the chance for guests to immerse themselves into the film through a world-class Ghostbusters ride, the Ghostbusters live street show and a themed diner. Guaranteed to be crowd pleasers, we can’t wait to introduce our action-packed Ghostbusters theme park experiences to the world,” said Stanford Pinto, Chief Parks Operating Officer for Dubai Parks and Resorts.

Scheduled to open in October this year, Motiongate Dubai is part of Dubai Parks and Resorts, which will also feature Bollywood Parks Dubai, Legoland Dubai, Riverland Dubai and Lapita Hotel all in one destination. Annual Passes are now on sale at motiongatedubai.com or dubaiparksandresorts.com offering 365 days of unlimited admission. Annual Pass holders who use their passes in 2016, will be given an extended validity until December 31, 2017.

For a preview of Motiongate Dubai, read this article and watch this behind-the-scenes video:

Celebrating 60 years with the Matterhorn, Monorail...