Movie Review: ‘Ant-Man and the Wasp’ has all the fun of the original

If it ain’t broke, don’t fix it. That seems to be the thought process for Marvel’s “Ant-Man and the Wasp”. If you enjoyed the original Ant-Man, you’ll enjoy this sequel. 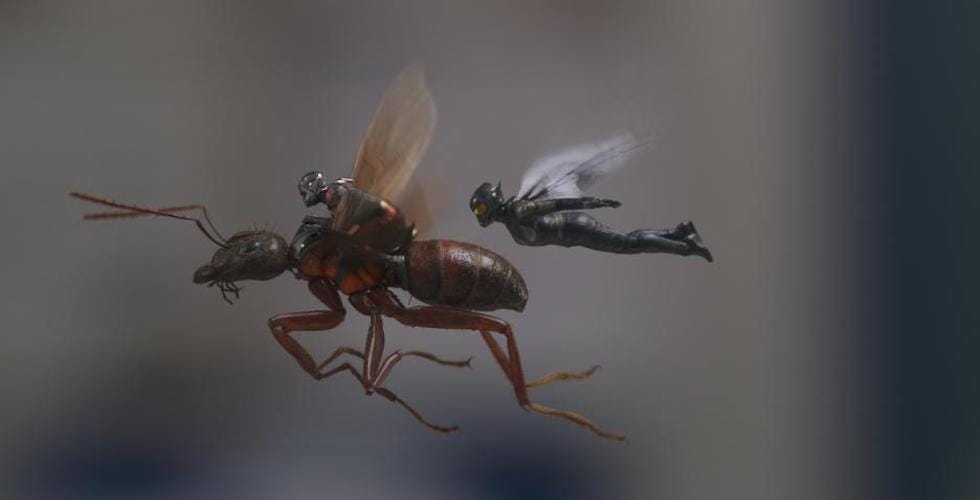 Before we even see the Marvel logo opening, we see Scott Lang aka Ant-Man (Paul Rudd), under house arrest from the events of “Captain America: Civil War”, and playing with his daughter around the house.

Meanwhile, we see that Dr. Hank Pym aka the original Ant-Man (Michael Douglass) and his daughter Hope aka Wasp (Evangeline Lilly) have been building a tunnel to help them shrink down to quantum level to find Hank’s wife and Hope’s mom, Janet Van Dyne aka the original Wasp (Michelle Pfeiffer), who was lost there 30 years ago. 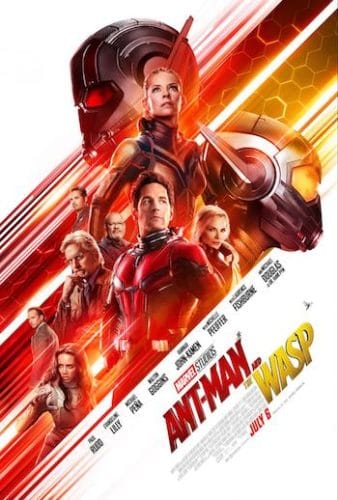 They don’t know for sure if she’s alive, until Scott calls and tells them something that confirms it. But it’s not just about their search for Janet. Ava aka Ghost (Hannah John-Kamen) is a dimension-shifting villain who gets in their way. Of course, there are some surprises along the way.

You can expect the same big and small funny scenes as in the first movie, both with the characters and some tiny and oversized props. I really like how “real” the movie is with the characters. This are some really cool “everyday man becomes a superhero” scenes. And it’s not just the superhero scenes, many of the characters behave how I’d imagine people would really react to the situations they’re in.

One of the funniest scenes in “Ant-Man” was Scott’s friend Luis (Michael Peña) retelling a story with his voice coming out of the different characters mouths. Of course, that happens again, but it’s not quite as funny the second time around. This movie takes place at the same time as “Avengers: Infinity War”, which explains why Ant-Man wasn’t in that movie.

Even though “Ant-Man and the Wasp” features some of the same types of scenes as the first “Ant-Man” movie, the story is all new and you’ll enjoy it just as much as the first. There’s no hurry to rush out and see it, but you shouldn’t miss it.

Marvel’s “Ant-Man and the Wasp” is rated PG-13 and runs two hours long. It’s available in 3D. The 3D looks good but doesn’t add to the experience much. There’s a mid-credit scene and an end credit scene. Don’t miss the mid-credit scene! The end one is funny, but skippable.

Besides some merchandise at the Disney parks and Universal Orlando, you won’t find much Ant-Man or Wasp in the parks. Disneyland guests can see a preview of the film in Tomorrowland until July 15, and Disney Springs visitors will find a couple of photo opps for a limited time.

For another take on the movie, here’s our video review from Tiffany Mink and Matt Newman:

Here’s the full press conference from “Ant-Man and the Wasp”:

Guardians of the Galaxy: Cosmic Rewind Coaster will...

Cast and crew of ‘Eternals’ discuss the newest...