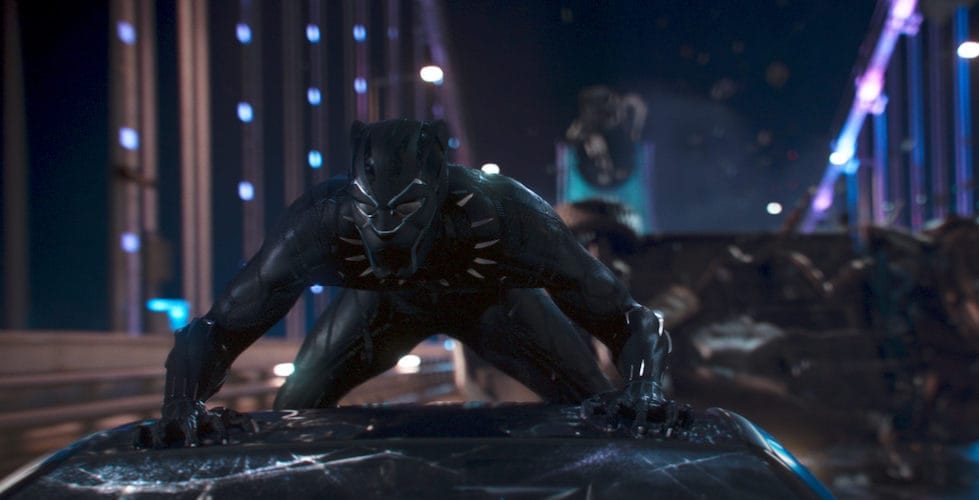 “Black Panther” is the least “superhero” Marvel film yet. Sure, T’challa has enhanced strength and abilities along with his super suit, but he uses them less for public display than he does for espionage and stealth. The Black Panther title is all about protecting Wakanda, not necessarily the world.

You don’t have to have seen any other Marvel film before seeing “Black Panther.” The only things linking the film’s plot to the rest of the universe are a couple of returning characters from “Captain America: Civil War“, and the fact that King T’chaka, T’challa’s father, was killed in the events of said film. The events of this film take place one week after “Civil War”. 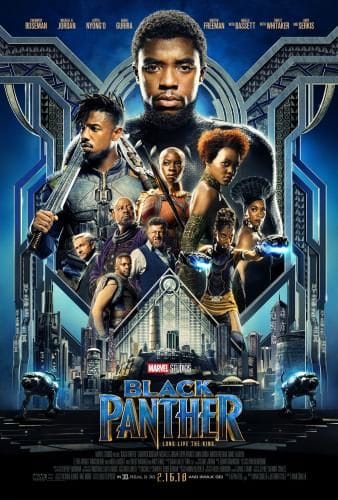 Without spoiling too much, the plot is about Prince T’Challa (Chadwick Boseman) (the Black Panther himself) becoming King of Wakanda, an extremely technologically-advanced nation that hides itself away from the rest of the world. All of Wakanda’s tech is made with the power of vibranium, a rare metal that fell there from a comet millions of years ago. (Marvel fans may recognize this as the same metal used to make Captain America’s shield.) T’challa, along with his family and warrior friends, must protect the vibranuim and their country’s secret from forces that wish to take it away for weapons use across the world.

A stand-out character, and my personal favorite, is T’challa’s sister Shuri (Letitia Wright). The princess is the brilliant mind who invents all of Wakanda’s tech and develops all of Black Panther’s gadgets, including his suit. She steals every scene she’s in with her humor, and I look forward to seeing more of her in the Marvel Cinematic Universe (MCU).

“Black Panther” is the calm before the storm of “Avengers: Infinity War” and a fantastic stand-alone film. I personally was a bit let down after all the hype I saw for the movie, but I still loved it.

• “Black Panther” is rated PG-13. There are two scenes at the end of the film, one mid-credits and one at the very end. I saw the film in 3D, but highly recommend seeing it in 2D, as some of the visuals seemed blurred and would have been more impressive in a regular format.

In The Parks
Guests at Disney’s California Adventure can meet and take a photo with Black Panther, as well as guests on Disney Cruise ships during their Marvel Day at Sea event.

For another take on the film, here’s Tiffany and Matt’s video review:

Here’s a look at Black Panther in the Marvel Universe Live touring show:

I love this movie.