Movie Review: ‘Coco’ will make everyone want to celebrate the day of the dead 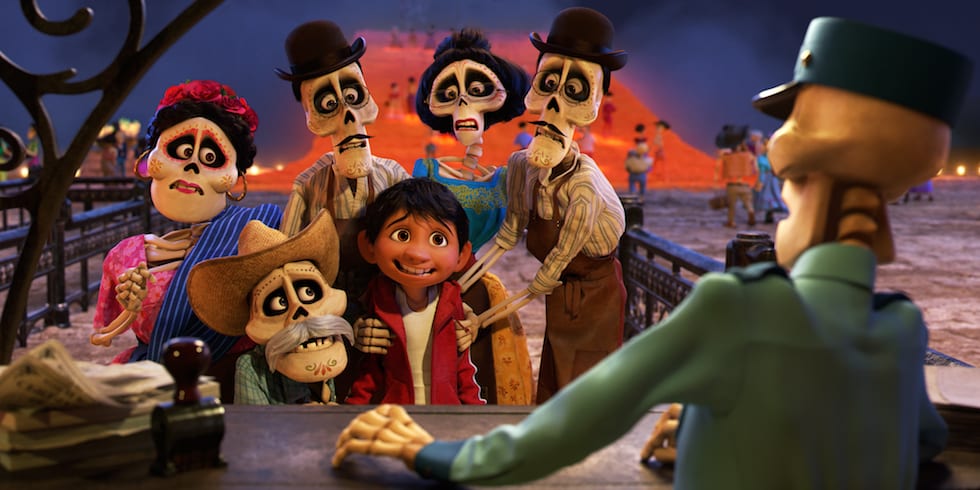 In Disney•Pixar’s “Coco,” Miguel (voice of newcomer Anthony Gonzalez) finds himself magically transported to the stunning and colorful Land of the Dead where he meets his late family members, who are determined to help him find his way home.

Disney•Pixar’s “Coco” is a heartwarming story about family, music and following your dreams. It’s a Day of the Dead movie that’ll make you want to celebrate the holiday even if you haven’t been exposed to it before.

The prologue of the movie tells the backstory of the Rivera family and is creatively told through Papel picado (a traditional Mexican decorative craft made out of paper cut into elaborate designs). We find out the family has banned music for the past few generations ever since the great-great-grandfather abandoned his family to become a famous musician. We then meet the young boy Miguel, (Anthony Gonzalez) who has a secret passion for music since he found out about the famous musician Ernesto de la Cruz (Benjamin Bratt.) Miguel wants to enter the annual Day of the Dead musical talent show in order to gain fame and prove to his family music isn’t all bad.

While getting ready for the show, Miguel accidentally discovers that his great-great-grandfather that abandoned his family is actually his idol, Ernesto de la Cruz, but when his Abuelita (Renée Victor) finds what Miguel was planning she smashes his guitar.

In order to still enter the show, Miguel decides to break into Ernesto’s crypt and take his famous guitar to play at the talent show. As Miguel first tests out the strings, he is transformed into a ghost-like state that no living people can see, and starts seeing skeletons walking around everywhere. The deceased half of the Riviera family discovers Miguel and takes him back to the land of the dead with them, discovering that since Miguel stole from the dead, he is cursed and cannot return without a blessing from his family. The only snag is that his family will only give him the blessing if he promises never to play music again. 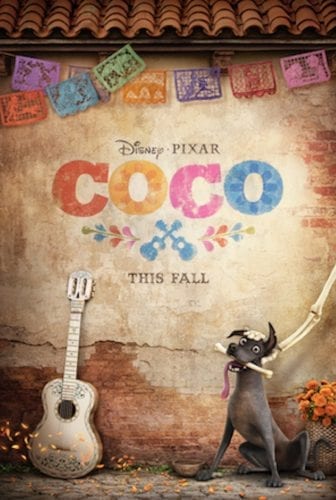 Pixar’s top-notch animation and storytelling teams have done it again with “Coco”, filling the audience’s hearts with love and eyes with tears. After seeing this movie, I honestly want to set up an ofrenda for the next Day of the Dead to make sure my deceased family can reach the land of the living. This movie has the potential to shape the way children feel about the Day of the Dead – not just the ones in Mexico and of Mexican decent – but kids all around the world. (See this article for more on “Coco”‘s representation.)

The movie’s main anthem “Remember me” (written by Robert and Kristen Anderson-Lopez of “Frozen” fame) is sure to be an ear worm for quite awhile. Some other songs in the film are traditional Mexican ballads, which were either partially or completely in Spanish, which I thought was fantastic.

• Coco runs about two hours and is rated PG. We didn’t see it in 3D, but I’m sure it could be worth it for those who want to see the beautiful visuals of the land of the dead in multiple dimensions. There was no end credit scene, and we also didn’t get the chance to see the short film “Olaf’s Frozen Adventure” before the film, at the media screening.

In the Parks
At Disney Springs, guests can get a taste of the bright and vibrant world of “Coco” through a medley of themed music, food, and décor Fridays through Sundays all of November.

At Epcot, guests can see the true traditions of Dia de los Muertos in the Remember Me exhibit as they enter the Mexican pavilion’s giant pyramid. A new Mariachi musical group inspired by “Coco” will be featured at Epcot’s Mexico pavilion from Nov. 22 through Jan. 6, 2018, performing songs from the movie.

Also look for an airplane with a “Coco” design while traveling throughout 2017.

For another take on the movie, here’s our video review: