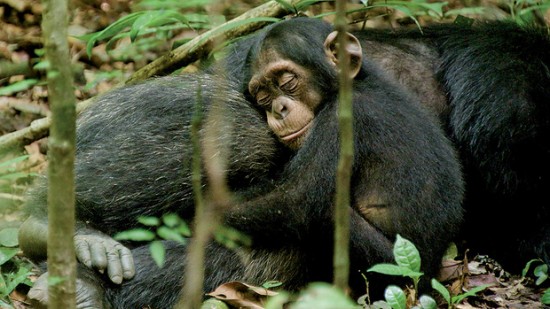 With all the emotion, adventure and beautiful landscapes, Chimpanzee is yet another solid addition to the Disneynature line up. The new movie brings you breathtaking footage of chimpanzees in the forests of the Ivory Coast and is a must-see for any fan of the Disneynature films. 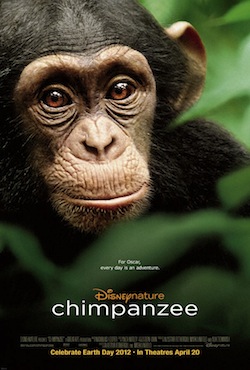 The film runs into trouble the moment it introduces the chief of the rival chimpanzee group as Scar. Scar’s group raids high trees and some colobus monkeys, eating one of them (virtually unseen).Then Oscar’s family is confronted by a band of rival chimpanzees lead by the fearsome Scar. His mother, Isha, then disappears. He is then left an orphan, to fend for himself in his band of chimpanzees.

Oscar is then taken in by an unexpected ally but to say more would ruin the surprise.

Here is the movie’s trailer:

Chimpanzee is narrated by Tim Allen who is best known from Home Improvement and the voice of Buzz Lightyear in the Toy Story movies. The film is directed by Mark Linfield and Alastair Fothergill who both worked on the first Disneynature branded film, Earth and the popular Planet Earth television series. The film was produced by Don Hahn who has worked on countless Disney Animated Features including Beauty and the Beast and The Lion King.

The film took more than four years to make, mostly due to filming in the dense forest and quick nature of chimpanzees who are hard to capture on camera as they scurry away when being followed. The film is shorter than the previous Disneynature films but keeps the audience engaged throughout. The score was composed by Nicholas Hooper who also composed the score for African Cats. The score helps with the pacing and adds a nice layer to the already breathtaking film.

For every moviegoer who sees Chimpanzee during the film’s opening week (April 20-26, 2012), Disneynature will make a donation to Jane Goodall Institute through the Disney Worldwide Conservation Fund in order to protect chimpanzees and their habitats.

The movie is rated G and opens in theaters this Friday, April 20, 2012. For more information on the film Click Here.

Here’s a video from the world premier, which took place at Downtown Disney at Walt Disney World:

For more photos from the world premier, Click Here.