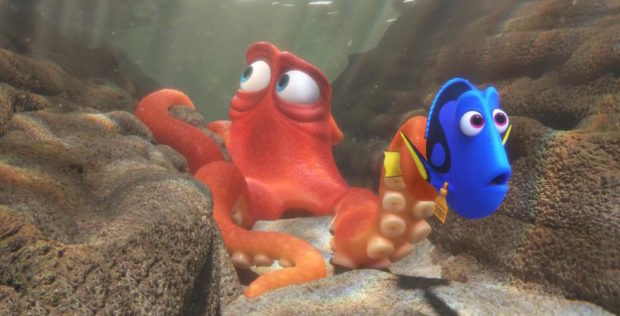 As a kid who grew up watching “Finding Nemo”, 13 years was definitely a long time to wait for a sequel, but “Finding Dory” definitely delivered. I was laughing the whole time, even the moments with more serious undertones seemed to be sprinkled with humor. The story itself can stand alone in case you haven’t seen “Finding Nemo”, but there are some things you won’t really understand if you haven’t seen it. 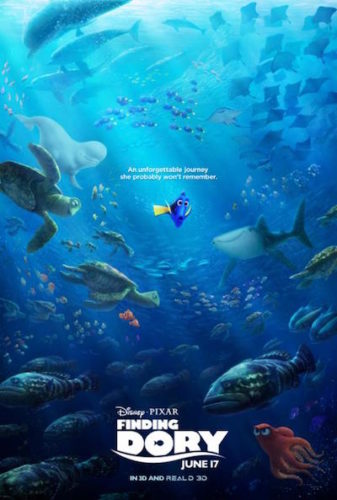 “Finding Dory” begins before the events of the first movie when Dory (Sloane Murray/Ellen DeGeneres) is just a baby (So cute!). The first 15-ish minutes of the movie sums up Dory’s life up until she crashed into Marlin (Albert Brooks) in the original movie. The storyline then jumps a year ahead to when Dory starts to remember things about her family and insists Marlin and Nemo (Hayden Rolence) travel with her to California so she can find her mom Jenny (Diane Keaton) and dad Charlie (Eugene Levy). Once she arrives in California, she enters the Marine Life Institute, which is somewhere in-between a Seaworld-like park and an aquarium. As she searches for her parents, she meets new friends like Hank the Septopus (Ed O’ Neill), Bailey the Beluga Whale (Ty Burrell), Destiny the Whale Shark (Kaitlin Olson) and even Sigourney Weaver (Sigourney Weaver).

For those who are worried about the sequel not being as good as the first movie, don’t. It was just as good, just as heart-wrenching, and even funnier. I never actually cried, which is rare for me during a Pixar movie, but it’s not necessarily a bad thing. It’ll definitely be a classic.

The movie runs about two hours long and is rated PG. It’s available in 3D, which I didn’t think was necessary at all. Don’t forget to stay until the very end of the credits!

In the parks
At Epcot you can find Dory and all of her friends from both films in The Seas With Nemo And Friends pavilion – in the ride itself, and Turtle Talk with Crush. You can also find Turtle Talk with Crush at Disney California Adventure and at sea on the Disney Dream and Fantasy cruise ships. At Disney’s Animal Kingdom you can watch “Finding Nemo: The Musical”. At Disneyland park in California you can ride Finding Nemo: Submarine Voyage. In Disneyland Paris, you can ride the EAC on a turtle’s shell on Crush’s Coaster.