Movie Review: ‘Furious 7’ is eye-rolling fun, even if you’ve never seen any Fast and Furious movies 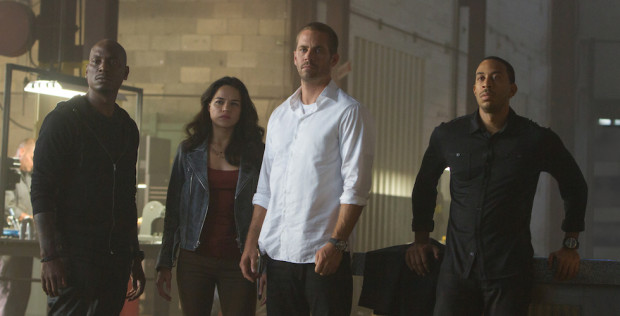 I think I may have seen “The Fast and The Furious” movie when it first came out, but I don’t remember much about it, so it was interesting watching the new “Furious 7” movie and seeing if I could tell what was happening.

The main reason I wanted to see it is because there’s a new ride based on the franchise coming this summer to Universal Studios Hollywood. I figure it will help me enjoy the ride more if at least know a little bit about the characters and storyline. I’m sure the ride will be fun without this knowledge. The same can be said for the movie.

The basic premise is that a very tough bad guy named Deckard Shaw (Jason Statham) was wronged by our heroes in one of the previous movies and is out for revenge. In order for the heroes to find him, they need the help of a “Mr. Nobody” (Kurt Russell), who needs them to do him a favor before he can help them.

The heroes are played by Vin Diesel, Paul Walker, Michelle Rodriguez, Tyrese Gibson, Ludacris and Dwayne Johnson. Dwayne is basically playing “The Rock” here with a different name and occupation. He even delivers some of The Rock’s trademark lines and moves. 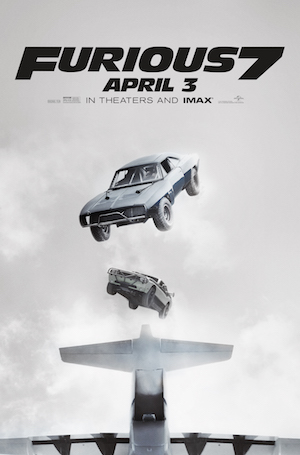 Yes, you can understand what’s happening in “Furious 7” without having seen any of the previous movies. Most of the information you need to know is explained again for newbies. I did feel like I was missing a few things when a certain person dramatically showed up on screen or other things happened that seemed to be related to the past movies. But it didn’t stop me from knowing what was going on.

So, you’ll be able to understand it, but will you enjoy it? That depends on you. I wouldn’t call it a great movie. But I will say, just like I expect the attraction to be, it’s a fun ride – if you enjoy that type of thing.

My friends who have seen all the Fast and Furious movies told me they started out as more about street racing and fast cars, then became more action movies. “Furious 7” is just about non-stop edge of your seat action. It’s almost cartoon-like. And that’s what you have to go in expecting.

You know those moments in movies when you roll your eyes and say, “yeah right!”? – When a character does something so unbelievable you just have to roll your eyes and shake your head? Maybe they are in a horrible accident and get up, dust themselves off, then walk away. Or they miraculously restore power to the city by plugging their iPhone into a wire in a box on the side of a building. Those type of things happen a lot in Furious 7. There are also a lot of over-the-top dramatic moments underscored by dramatic music and silly one-liners.

So if you’re the type of person who can’t get past these things, this movie isn’t for you. But if you can enjoy it for what it is – a non-stop action movie with fast cars, crazy stunts, lots of fighting – and have a laugh at it all, you’ll enjoy it.

As you have probably heard, one of the major actors from the series, Paul Walker, died in a car accident while they were shooting the film. Most of the movie was finished when his unfortunate accident happened, so they used his brothers and some CGI to fill in the missing scenes. Although it’s always sad to see an actor on screen during their last film, you won’t notice that anything was changed in the movie because of his death.

There is an ending to the film, that is sort of a tribute to Paul, but it’s really almost separate from the storyline. It’s as if the movie ends, then we see this second ending where the characters (and actors) say goodbye to his character, Brian O’Conner (and Paul). So the movie has a sad ending, but it’s not really the storyline that’s making you cry.

The movie is rated PG-13. When deciding whether to bring your kids, keep in mind that while there’s no sex or sexual dialog, there are a lot of sexy girls in g-string bikinis and shirtless guys. And of course, there’s a lot of violence in the form of bullets, car wrecks and hand to hand fighting.

The movie is also available in IMAX. It is almost two and a half hours long and there is no extra scene during or after the credits.

In the Theme Parks

In addition to the “high-octane, adrenaline-fueled thrill ride” attraction coming to Universal Studios in California (and maybe Universal Orlando in the future) which you can read more about by clicking here, there are also some of the cars from “Furious 7” on display in Universal Studios Florida. 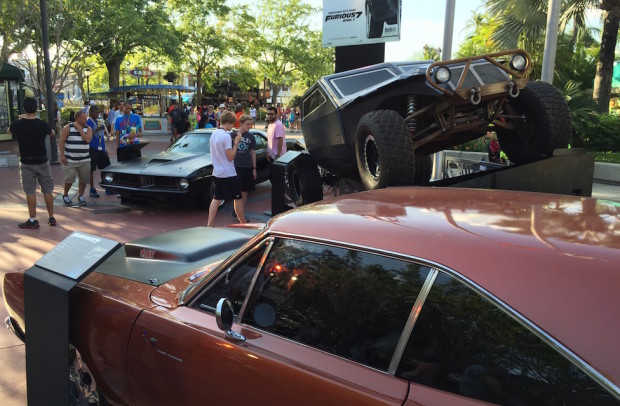 Just for fun, here’s a look at a parody trail with the Minions:

‘Tangled: The Musical’ to set sail aboard Disney Cruise Line

Celebrate ‘Back to Hogwarts’ at Universal Orlando’s...