Movie Review: ‘Glass’ is a great follow-up to ‘Unbreakable’ and ‘Split,’ until it isn’t

If you enjoyed “Unbreakable” and “Split,” you’ll find “Glass” entertaining. But it may not be what you’d hoped for in a sequel. 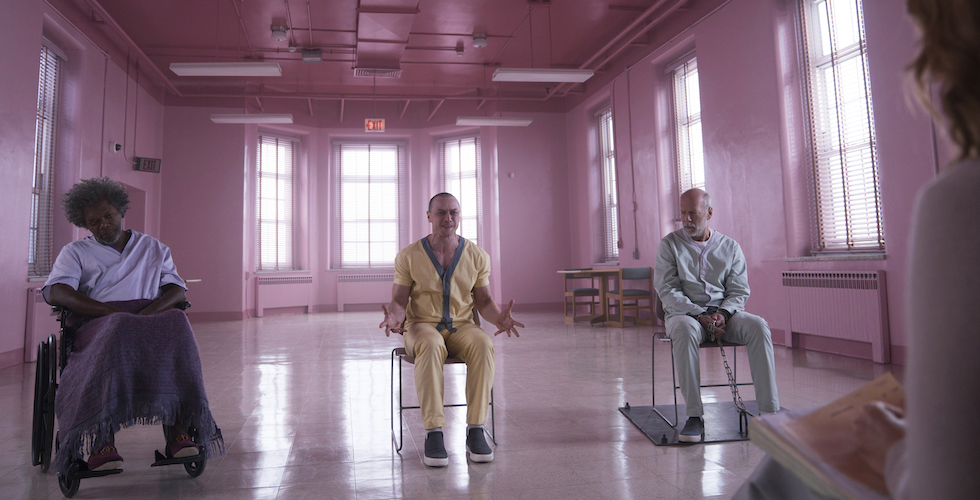 Check out our spoiler-free review of “Glass” below.

It’s been 19 years since “Unbreakable” came out, both in real life and in “Glass,” and a couple of years since “Split.”

As the film starts, we see David Dunn (Bruce Willis) is still using his powers for good, but now with the help of his grown son Joseph (remarkably, still played by Spencer Treat Clark). But we see Kevin Wendell Crumb (James McAvoy), the man with multiple identities from “Split,” is, unfortunately, still collecting young girls for his supernatural identity, The Beast.

James McAvoy as The Beast, one of the 23 personalities that reside inside Kevin Wendell Crumb.

So what happens when David goes looking for The Beast, and where does the title character Mr. Glass (Samuel L. Jackson) come in? That’s where we meet a new character, a psychiatrist named Dr. Ellie Staple (Sarah Paulson), who is studying the three of them for their “delusions of grandeur.” 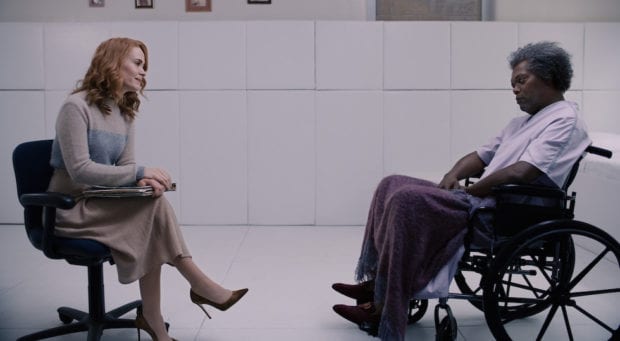 I don’t want to give away any more – it’s the details of the story that make it interesting. I love how I found myself almost rooting for Mr. Glass, even though he’s the worst of the two villains. I definitely felt sorry for Kevin and some of his multiple personalities, especially with the return of Kevin’s victim Casey Cooke (Anya Taylor-Joy) from “Split,” as she tries to help reform him.

If you enjoyed the first two movies, you’ll enjoy “Glass,” but as with most M. Night Shyamalan films, not everything is as it seems. Although you probably won’t figure out the ending, it’s not a great one.

“Glass” is rated PG-13 and runs just over two hours. There are no end credit scenes.

Check out the trailer for the film below:

Throw a home premiere for ‘Scoob!’ with...