Queen Elizabeth’s coronation robe, Princess Margaret’s wedding dress, and more will be on display at Winterthur Museum, Garden & Library in Delaware when the Costuming “The Crown” exhibition arrives on March 30. 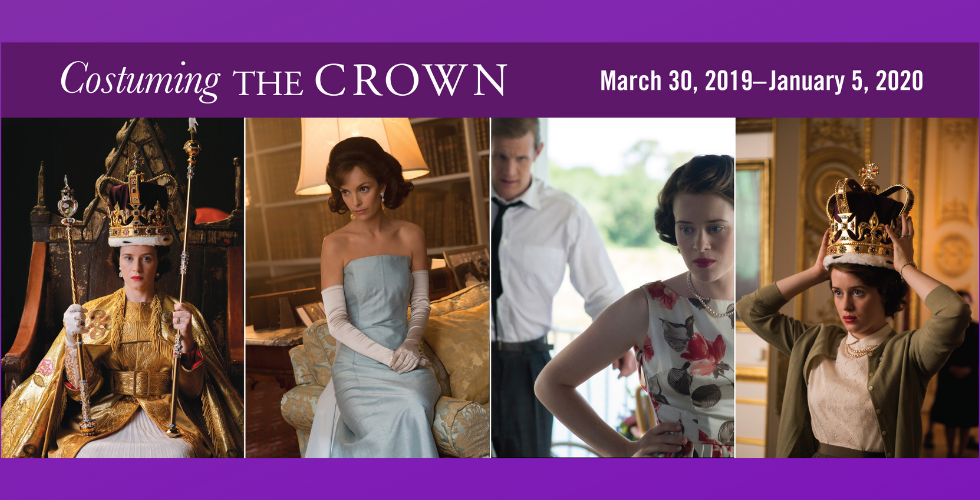 See costumes from Netflix’s original series “The Crown” on display starting this March.

The Netflix original series is a dramatized history of Queen Elizabeth II’s early reign, as the social order established after World War II is broken down. Visitors can view this exhibition while it’s on display from March 30, 2019 – Jan. 5, 2020.

Costuming The Crown will reveal everything from the royal crowns and tiaras in the show, to the private looks worn by the royal family behind palace doors. This exhibition gives a behind-the-scenes look at how costume design is used to re-create history and enrich the drama onscreen. This is the first global comprehensive exhibition of costumes from the first and second seasons of the series.

Guests will travel through four sections in the exhibit, starting with “Establishing Roles,” which examines how costumes transform performers, and looks at the ensembles worn for Elizabeth II’s coronation in 1953.

“Dressing the Part” will explore the replica costumes, based on extensive photographic and video research, and consider how clothing represents status.

“Creating Character” will investigate scenes in which the costume designers were allowed to create their own designs and explore the private moments in the royals’ lives.

“Capturing the Image,” the final section of the exhibition, will look at the clothing worn by the queen and others in actual photos and on television.

Season 3 of “The Crown” is set to air on Netflix sometime this year. Both costume designers featured in the exhibition, Michele Clapton and Jane Petrie, won the Emmy for Outstanding Period Costumes and the Costume Designers Guild Award for Excellence in Period Television for their creations.

To learn more about Costuming The Crown, visit Winterthur.org.

Check out the trailer for Netflix’s “The Crown” below:

Movie Review: ‘Glass’ is a great follow-up to ‘Unbreakable’ and ‘Split,’ until it isn’t