Movie Review: Guardians of the Galaxy takes Marvel movies to the next level 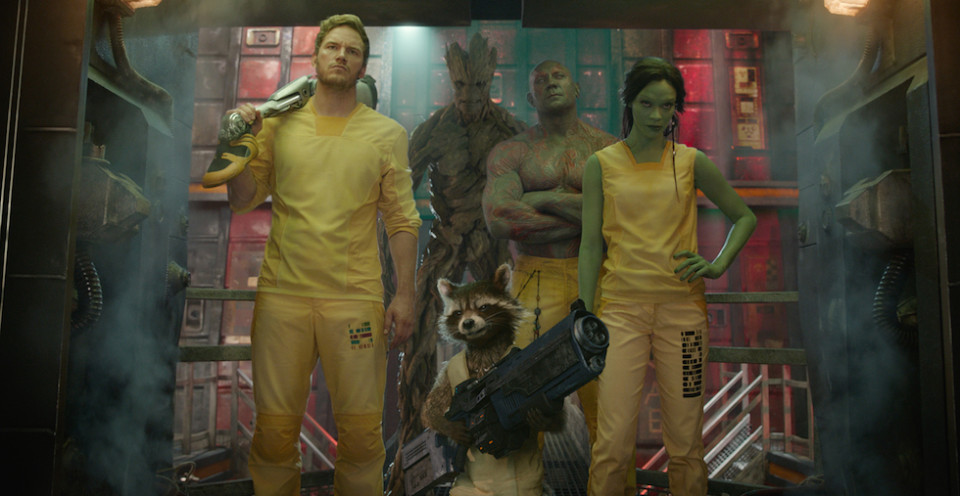 The newest Marvel movie is out but it’s not like the others. It’s set in space and it stars a group of comic book “super heroes” you’ve probably never heard of. But don’t let that stop you from seeing “Guardians of the Galaxy”. It’s on par with and even better than most of the other Marvel movies released in the past few years. 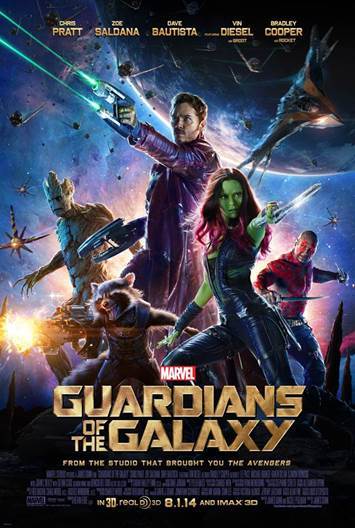 Imagine if Star Wars had Han Solo leading Chewbacca, and a group of bounty hunters to fight Darth Vader. That’s a good comparison to “Guardians of the Galaxy”. Since it’s the first movie for these anti-heroes, it starts out showing a bit of the back story of the main character, Peter Quill, or as he likes to refer to himself, Star Lord. Peter is sort of a futuristic Indiana Jones, but his only motive in searching for artifacts is the payday it can bring. Unbeknownst to him, his latest acquisition turns out to be a very powerful weapon, wanted by some very dangerous characters.

One thing leads to another and the “guardians” end up in prison together and they all decide to band together to get out and do “something” with the artifact/weapon. Each has their own agenda. Can they work together to guard the galaxy? Let’s meet them:

Peter Quill AKA Starlord (Chris Pratt): Peter was abducted from Earth at a young age. Now grown, he’s a ladies man who makes money by searching for and selling artifacts throughout space.

Groot (voice of Vin Diesel): Best friend of Rocket and a walking, talking tree – well, his talking is very limited, but he is a loyal friend.

Drax the Destroyer (Dave Bautista): A large muscular brute who only has revenge on his mind.

Gamora (Zoe Saldana): She was taken from her family and raised as a living weapon by the ultimate bad guy Thanos.

Fans of “The Walking Dead” will also recognize Michael Rooker, essentially playing an alien version of Merle Dixon. But it fits for his role as Yondu.

“Guardians of the Galaxy” is as good as “The Avengers” and sci-fi fans may even like it more. The movie mixes a lot of action and humor with a great story and great characters. I recommend you go see it on the big screen – the bigger the better.

The movie 121 minutes long and is rated PG13. Parents should really take that rating to heart. Although there is violence, the teen rating is mostly for some foul language and obscene gestures.

It’s available in 3D and it’s worth seeing that way. I’m not sure if there is a mid-credits scene, as no extra scenes were shown to any preview audiences. But I do know there will be an extra scene at the end of the credits.

The Guardians haven’t really invaded the theme parks yet. You’ll find their merchandise all around Walt Disney World though. Hollywood Studios is showing a 3D preview of the movie and there is a photo opp nearby that places you in the Guardians line-up.

We interviewed one of the film’s stars and presented a featurette of the movie on the July 31, 2014 episode of The Show:

Here’s a look at the official movie trailer:

Here’s a great fan-made trailer for Star Wars, using the music of, and styled after “Guardians of the Galaxy”:

Pandora – the World of Avatar comes...