Movie Review: ‘John Carter’ is much better than you think it will be 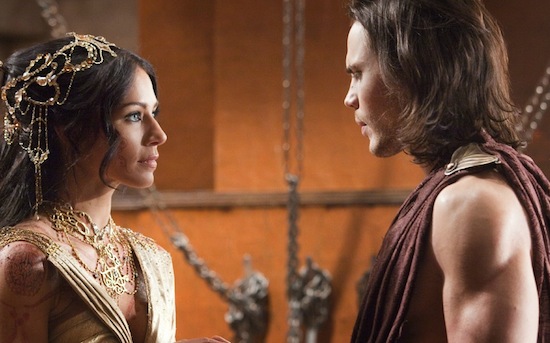 Judging by the previews, I wasn’t very excited to see Disney’s new John Carter movie. Besides the regular previews, I saw an extended clip at Disney’s D23 Expo last year. The special effects looked great, but we all know a movie needs a great storyline to be successful. Even though Disney has had trouble conveying it through the trailers and clips, John Carter is a great movie. 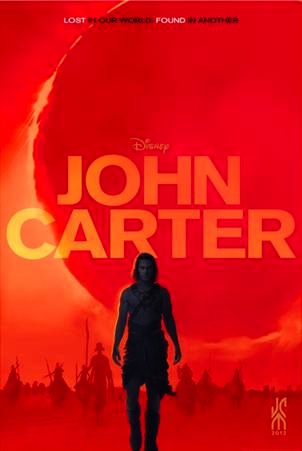 John Carter tells the tale of the title subject (Taylor Kitsch), who is a former captain in the civil war. When movie goers first meet him, he seems fed-up with the war and he’s in search of gold – enough gold so he can be free of the war and everyone associated with it. During his search, he is suddenly transported to another world, and that’s where his adventure really begins.

He first encounters a large weird creature known as Tars Tarkas (Willem Dafoe) who discovers that John can jump superhuman (and superalien) distances, but he’s also very strong and adept at fighting. It’s for this reason Tars Tarkas tries to befriend him.

Along the way, John encounters many other weird creatures, but not all are so weird looking. Amid a battle between the Tharks (Tars Tarkas’ race) and another race, John discovers a beautiful princess in distress.

Princess Dejah Thoris (Lynn Collins) needs help in her battle to save her people and her planet known as Barsoom, which John later discovers is Mars.

If some of this sounds cliché to you, you’re right. Saving a fiesty princess and battling weird creatures from another planet has been done before. But not really …

As is the case with many Disney movies, John Carter isn’t an original story. In fact, it’s more than 100 years old. Although it may seem like the storyline is copying Star Wars or other sci-fi films, considering the age of the John Carter story, it’s the other way around.

John Carter is based on the novel A Princess of Mars by Edgar Rice Burroughs (most famous for his Tarzan stories – also adapted by Disney). Edgar is not only the original author, but he is also a character in the movie. The story is told in a way that makes it seem like it could be the true story of Edgar’s uncle. It’s a very intriguing thought.

The film is directed by Andrew Stanton, who is best known for directing Disney Pixar movies such as Wall-E and Finding Nemo. He also co-wrote the screenplay, as he did for many Pixar films. This is his first live action film. It seems he’s made the transition well.

The bottom line is that the story is great, the special effects are great and the movie left me wanting more. Surprisingly, there is quite a bit of humor in the film, specifically with a menacing-looking creature that acts more like a puppy than a danger. Some humor always adds to a great story.

Having a good storyline is most important, but as far fetched as it may seem on the surface, you can believe what’s happening on the screen. As in all great sci-fi movies, the audience has to be able to believe this could really be a true story in some other time or place.

The Princess of Mars book is just one of 11 books in the series by Edgar Rice Burroughs, so its success guarantees many sequels. After I saw the movie, it made me think of the Avatar area Disney has announced for their Animal Kingdom theme park. Why didn’t they wait to see if John Carter would be a success before announcing a partnership with James Cameron? I’ve noticed a few people online saying the same thing. Now rumors are spreading of Avatar-land’s demise. Could we see an area of Animal Kingdom with tall four-armed creatures of Barsoom instead of tall blue creatures?

Now playing, the movie is rated PG-13. Parents should take that rating to heart. There is a lot of violence and a bit of gore but no more than the Star Wars films for example. The movie is available in 3D, but I didn’t notice it enhancing the story or visuals at all. Skip the extra cost.

I’m afraid I have to disagree with this one. While I found it visually interesting, there wasn’t a single idea that hasn’t been done in another film and better. Rescue feisty princess, smack down in the arena… even the dog creature looked like a mobile Jabba the Hutt with a little weight loss. And compared to a film like Hugo, the 3D was more than superfluous. But, considering it’s Disney and there are so many books to pull from, I see as many sequels as a certain pirate adventure. Johnny Depp for the next one? Yikes!