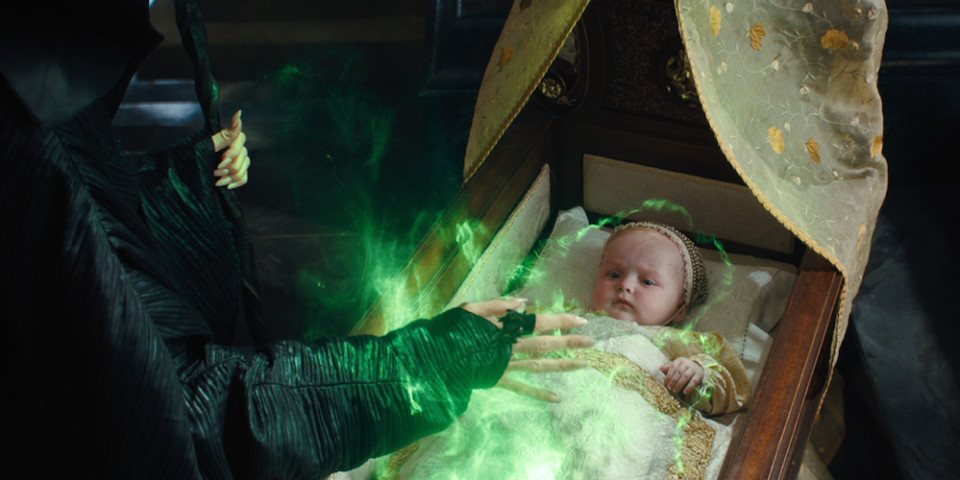 When I first heard about Disney’s new live-action “Maleficent” movie, I thought, “Oh no, Maleficent is supposed to be bad. I hope they don’t try to make me feel sorry for her.” But they did, and they made me love it. It certainly tells a very different tale, but it’s an awesome one.

I hate to give any spoilers, so I won’t go into detail about this particular telling of Sleeping Beauty, even though there’s a big surprise early on in the movie. Many things are the same as in the animated Disney classic and at times you may think this is just a tweaked version of the same story, but it’s not. I’m warning you now so you won’t have any disappointment, as some in our theater did.

This is still the story of Maleficent (Angelina Jolie) putting a spell on Aurora (Elle Fanning) as revenge toward King Stephan (Sharlto Copley) and three fairies, now named Flittle (Lesley Manville), Knotgrass (Imelda Staunton) and Thistletwit (Juno Temple), raising the child to protect it from that spell and Maleficent. But that’s where the similarities end. 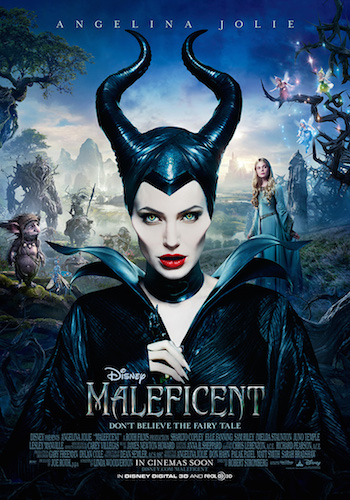 There are some changes I wish they hadn’t made, such as changing the fairies names and another change which comes as part of the role of Maleficent’s pet crow, Diaval (Sam Riley). In this movie she can change him back and forth from a man to a bird. I do see why this character was needed for the story. But there are also some great nods to the animated film.

All of the actors did a great job. After seeing Angelina Jolie as Maleficent, I can’t think of many other actresses who could play this role as effectively. Be sure to watch for one adorable scene with Maleficent and a 5-year-old Aurora. This young Aurora is played by Angelina’s daughter (Vivienne Jolie-Pitt).

There were a lot of special effects needed to create this magical world and all of Maleficent’s minions and forest friends, and they are very well done. A group of us saw the movie in 3D and all agreed it doesn’t add much to the story or visuals, so I’d recommend skipping the extra cost.

There no singing in this movie but the score is great. The haunting version of “Once Upon a Dream” by Lana Del Rey plays during the credits, but that’s the only reason to stay in your seat when the movie ends. There are no extra scenes during or after the credits.

Maleficent is rated PG and is now playing. Whether you’ve seen other tales of Sleeping Beauty many times or just know the basic premise. Go see it with an open mind, and expect a new story with lots of action, suspense and great characters.

Maleficent is represented in the theme parks in many different ways. Of course, right now you can find lots of Maleficent merchandise for sale throughout Walt Disney World and Disneyland Resort. You’ll find both merchandise related to the live-action version and the animated film.

During the recent Rock your Disney Side event at Magic Kingdom, a few lucky guests got to meet the live-action movie version of Maleficent:

For comparison, here’s a look at the animated version, who can be seen in the parks on various occasions, especially during Halloween:

You can see this steampunk dragon version of Maleficent daily in the Festival of Fantasy Parade at Magic Kingdom:

You can also see the dragon version in the Fantasmic show at Disney’s Hollywood Studios. But the one in Fantasmic at Disneyland looks a bit better:

Here’s the Blue Carpet premier of the movie held recently in Europe:

Angelina Jolie talked about the movie last year at the D23 Expo: