Movie Review: Take a fascinating trip into the many universes of Doctor Strange 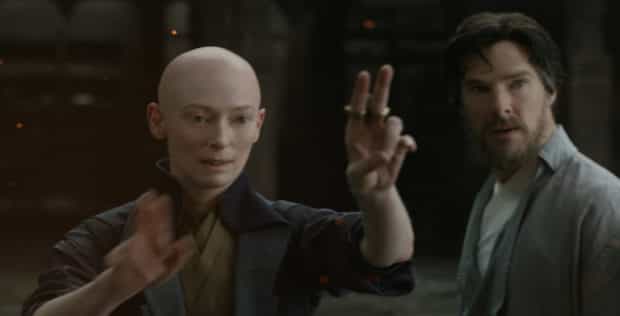 Be prepared for a world of endless possibilities in the newest addition to the Marvel Cinematic Universe. Follow along as Doctor Strange (Benedict Cumberbatch) transforms his mind, soul and body from a self centered know-it-all to a protective servant of all of humanity.

The story of “Marvel’s Doctor Strange” begins with a battle between the Ancient One (Tilda Swinton) and her old pupil Kaecilius (Mads Mikkelsen) and his minions. This fight begins the storyline of the whole film as we learn of the mystical spells that Kaecilius seeks to use for his own advantage.

Doctor Strange is quickly portrayed as an arrogant man who thinks he can control and understand everything. His one desire in life is to outdo everyone, and he is fueled by the fear of failure. Therefore as fate would have it, he loses the most important thing to his career as a neurosurgeon, his ability to use his hands. The desire to once again become his great former self leads him to Kamar-Taj to meet with the Ancient One. From here he learns about the many universes that exist and must use his new knowledge to stop Dormammu from taking the world to the Dark Dimension.

Fans of the Marvel Cinematic Universe may be surprised to see a darker and more graphic film then they are used too. Compared to the Avengers movies, this film shows much more blood and death than the usual knockout punches we are used to seeing from Marvel. The film is rated PG-13 for action violence and frightening images. 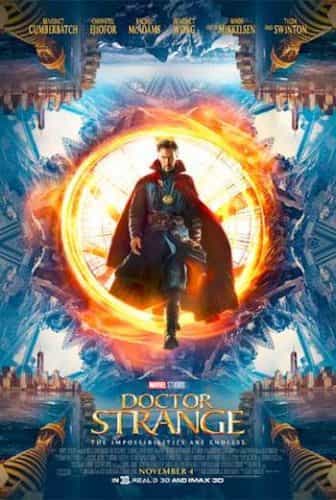 Although the violence is more realistic, Dr. Strange certainly keeps the classic humor we have learned to love from Marvel films. In a scene with the serious librarian Wong (Benedict Wong), we see Doctor Strange comparing Wong to famous one-name idols such as Drake, Eminem and Beyonce. The humor continues throughout the film with a cameo by Stan Lee and numerous bad series of events for ER Doctor Christine Palmer (Rachel McAdams).

I saw the whole movie in 3D, an IMAX 3D preview, and the Disney’s Hollywood Studios preview without 3D. I am not a big fan of 3D films because I feel they are lacking when compared to attractions such as Transformers: The Ride at Universal Studios and Philharmagic at the Magic Kingdom in Walt Disney World. This film was different because it used 3D to add a deep level of depth instead of a pop-out 3D effect. During a fight scene in New York, the screen seems to stretch ever inward as Dr. Strange and Mordo (Chiwetel Ejiofor) fall past skyscrapers in a world reminiscent of the movie Inception. Overall I don’t think 3D is necessary, but if you are a 3D fan, this film does use the effect in a unique way.

Marvel’s Doctor Strange runs about two hours, and has mid- and end-credit scenes that I highly suggest waiting for. The film also does an excellent job nodding to the Avengers and aligning itself to become a part of the Marvel Cinematic Universe. I highly suggest seeing this movie in theaters because of the immense use of special effects that can only be truly appreciated on the big screen. Whether you are up to date on Marvel films or not, anyone can go and enjoy this sci-fi film that seeks to explain this universe is one of many, which allows for limitless threats against humanity.

In the parks
The Dr. Strange previews can currently be seen in the Sunset Showcase Theater at Disney’s California Adventure.

You can see Doctor Strange in a limited time show most days at Disney’s Hollywood Studios:

Take a look at the recent Disney Parks Blog meet-up to see “Marvel’s Doctor Strange” on the Daycation Kingdom vlog: