Movie Review: ‘The Fate of the Furious’, another improbable, action-packed addition 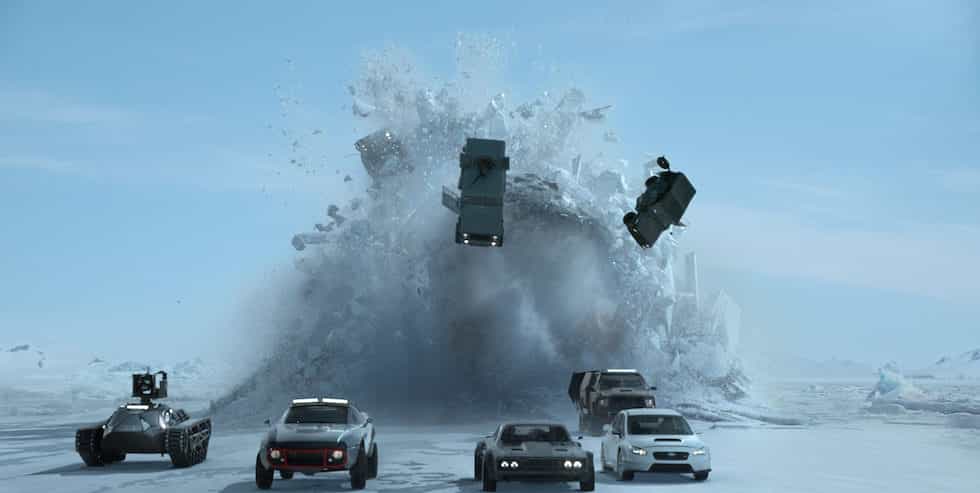 I’m not sure why this one is called “The Fate of the Furious” instead of The Fast and the Furious 8, but does it really matter? It’s the same crazy, unbelievable stunts and the same cast trying to one-up the bad guys and save the world.

There is one twist in this one, Dom (Vin Diesel) is on the bad guys side. I should say Dom is on the bad girl’s side. The main villain in this one is Cipher (Charlize Theron), and she has something on Dom that forces him to betray his friends and wife, Letty (Michelle Rodriguez). 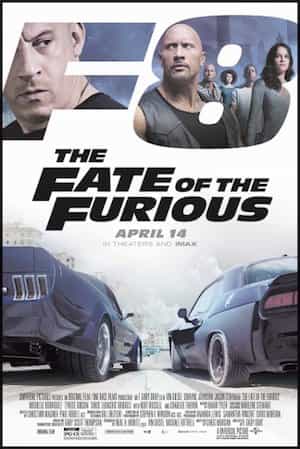 The hero team is played by Michelle Rodriguez, Tyrese Gibson, Ludacris and Dwayne Johnson. This time their boss, Mr. Nobody (Kurt Russel), has a rookie working for him who joins the team. They call him Little Nobody (Scott Eastwood, Clint Eastwood’s son). He brings some humor to the movie. Helen Mirren also has a small but very funny role.

Speaking of humor, as in the other recent Furious movies, there’s a lot in this one. If you’re like me, you’ll even find humor where the moviemakers didn’t intend it. As with the last movie, there are so many eye-rolling things happening that are just so unbelievable that they’re funny. One such moment involves a regular-looking limousine that, just when needed, has a huge gun pop out of the top of it. It’s a fun movie – if you enjoy that sort of thing.

One of the major actors from the series, Paul Walker, died in a car accident while they were shooting the last film. At the end of that one (spoiler alert), they showed his character driving off into the sunset. We don’t really find out why he’s not with the gang in this one, but we’re to assume he’s retired. He’s mentioned a couple of times.

“The Fate of the Furious“ is rated PG-13. When deciding whether to bring your kids, keep in mind that while there’s no sex or sexual dialog, there are some girls in small bikinis and shirtless guys at the beginning of the film. And of course, there’s a lot of violence in the form of bullets, car wrecks and hand to hand fighting.

The movie is also available in IMAX. I recommend seeing it in 4DX. The movie would be great in the seats that move with added effects. It’s just over two hours long and there are no extra scenes during or after the credits.

In the Theme Parks

POV of Fast and Furious - Supercharged at Universal Studios Hollywood 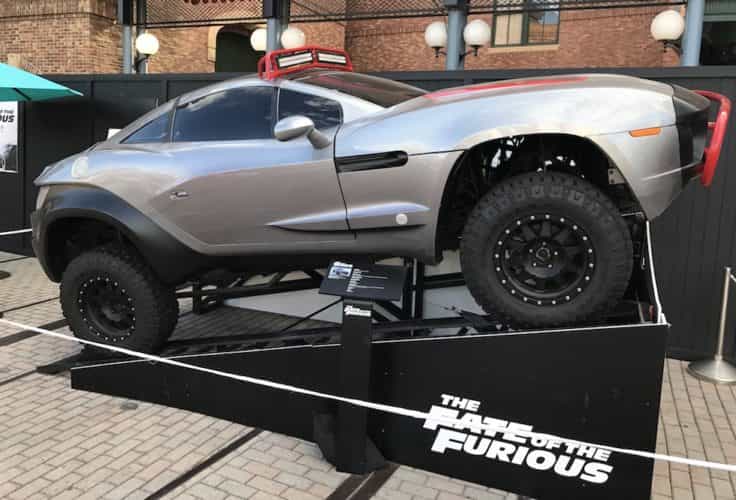