Movie Review: ‘The Nutcracker and the Four Realms’ is a fun, forgettable family film

Disney’s “The Nutcracker and the Four Realms” is a cute, fun family holiday film, but it left me thinking, “That’s it?” 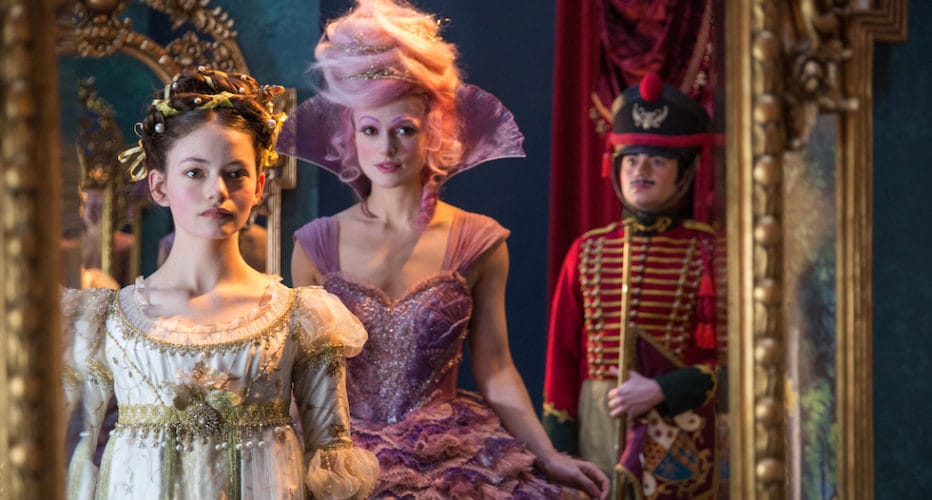 Mackenzie Foy is Clara and Keira Knightley is the Sugar Plum Fairy in Disney’s “The Nutcracker and The Four Realms”.

This is a different version of “The Nutcracker and the Mouse King”, than you’ve seen before, although it features some of the characters you know, but in some different roles. The movie starts, as many Disney movies do, with the death of the mother of the family. We see how the father, son and two daughters are dealing with their loss on Christmas Eve. The dad tries to keep up appearances and do what’s expected of them, such as attending a Christmas party, but his one daughter, Clara, who is the star of the movie, doesn’t feel like socializing.

The mother left each child a Christmas gift before she passed away. But Clara is puzzled by her gift, a locked golden egg. So while everyone is enjoying the party at their eccentric godfather’s (Morgan Freeman) house, she sneaks away to meet him in his workshop. His gift to her is the key to her egg, but before she can grab it, a mouse steals it away. She chases after the cute rodent, which leads her to one of the magical realms.

I won’t say much more to avoid spoilers, but I will say I was disappointed that we really only see one of the four realms in detail, and it’s one that is run down and neglected. It really could have been about two realms or none at all.

Most of the acting is great, especially from Keira Knightley as Sugar Plum, Helen Mirren as Mother Ginger and Mackenzie Foy as Clara. The music is great too, with many recognizable songs from the Nutcracker ballet of course. The real stars of the movie are the visuals. A few things in the real world and many things in the realms are in a steampunk style. The contraptions, life-size tin soldiers and even some crazy (and scary-looking) clowns are cool to see in action. I didn’t see the movie in 3D, but I would suggest it.

Yes, I would recommend seeing the movie, but don’t go in expecting much. It’s a cute, family friendly film (except for the clowns) that you’ll enjoy, but won’t love, and will most likely forget.

• Disney’s “Nutcracker and the Four Realms” is rated PG and is an hour and 40 minutes long. There are no end credit scenes, but there are some cool visuals at the beginning of the credits.

Although it’s a Disney film, there’s not much representation in the parks beyond a limited-time preview of the film at Disneyland and Disney’s Hollywood Studios. The Disney Stores have some merchandise and it may show up in the parks as the holidays near.

But star Mackenzie Foy recently visited Walt Disney World for the first time. Here she is with a Buzz Lightyear statue at Toy Story Land in Disney’s Hollywood Studios and with Mickey Mouse and some of the Disney Parks toy soldiers at Magic Kingdom. 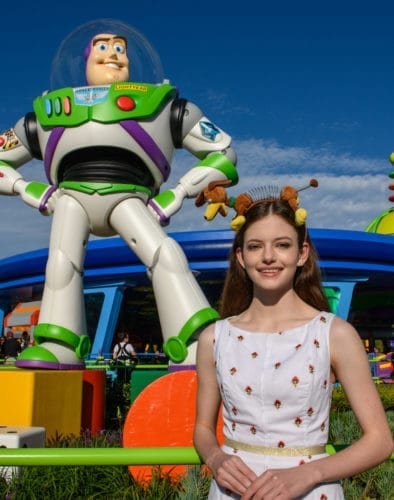 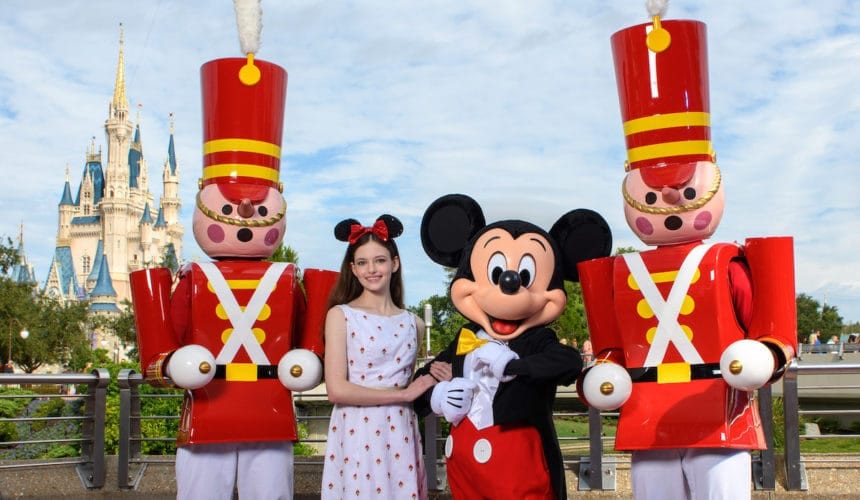 Theater Review: Oh What A Night! ‘Jersey Boys’ is now playing in Orlando

Disney Institute to host ’50 Years of...