Theater Review: Oh What A Night! ‘Jersey Boys’ is now playing in Orlando

“Jersey Boys” is a classical representation of an amazing jukebox musical. Throughout the show, countless chart topping hits guide you along the journey of the famous group, Frankie Valli and the Four Seasons, a New Jersey based pop group from the early ’60s. 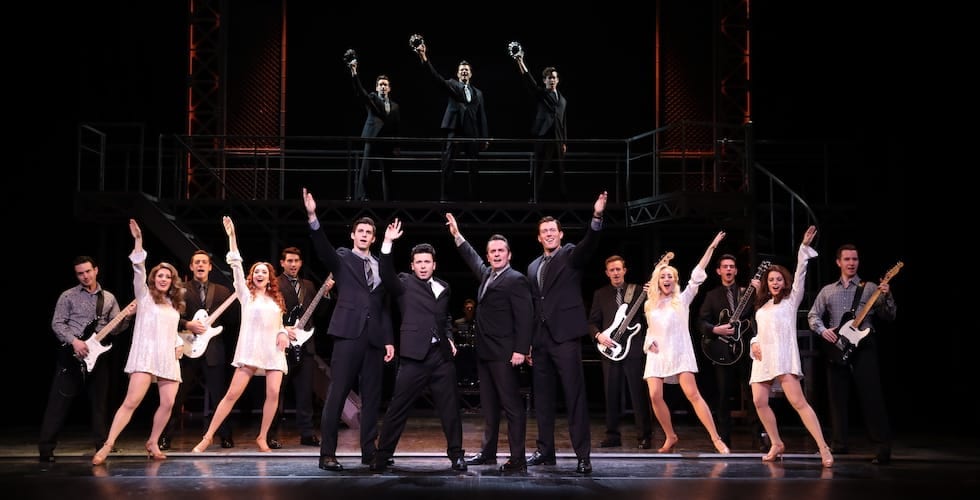 With hits like “Sherry”, “December 1963 (Oh What A Night)”, “Can’t Take My Eyes Off Of You” and many more, it’s hard not to sing along from the audience. I was completely blown away by Johnny Wexler in his role as Frankie Valli. His distinct voice imitation was simply fantastic.

While standing in the lobby before the show, it became evident I may be among the small crowd of young adults in attendance, which made me a bit wary that I wouldn’t understand the story or the music, even though I had heard the songs while growing up. I’m happy to say that my speculation was wrong. I really enjoyed the show! I even knew more songs than I thought I would.

In terms of family friendliness, I would not recommend having children or even young teenagers join in on the show, as there are numerous scenes with adult content. The show makes for a great date night or even a girls night out.

“Jersey Boys” is playing at the Dr. Phillips Center in downtown Orlando through Nov. 4. For more information on additional tour dates and tickets visit jerseyboysinfo.com.

Here’s a preview of the show:

Movie Review: ‘The Nutcracker and the Four Realms’ is a fun, forgettable family film

Tickets on sale now for Disney’s ‘The...