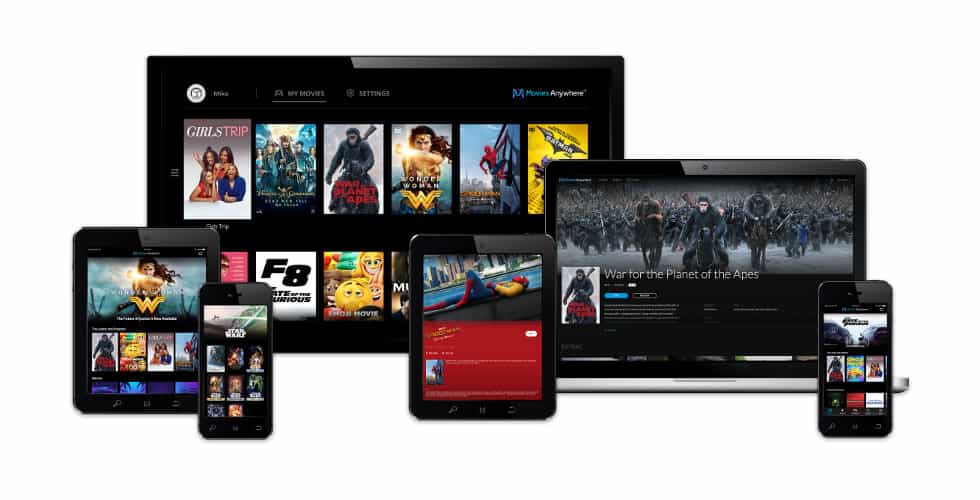 Movies Anywhere is giving away up to 5 free films for merging your Vudu, iTunes, Google, and Amazon digital collections.

If you are a movie lover tired of having your digital media purchases scattered across multiple platforms, you’ll be interested to know that Sony, Disney, Universal, and other studios have teamed up for the new Movies Anywhere service, which will unite your film collections from Google, Amazon, Vudu, and Appleinto a single app. And if you sign up now, you can receive up to five films for free.

Movies Anywhere has launched in the U.S., and is now available for free on mobile app stores and at MoviesAnywhere.com. The service features films from Sony Pictures Entertainment, The Walt Disney Studios (encompassing Disney, Pixar, Marvel Studios and Lucasfilm), Twentieth Century Fox Film, Universal Pictures and Warner Bros. With Movies Anywhere, you can access your entertainment purchased or redeemed through digital retailers Amazon Video, Google Play, iTunes and Vudu. By connecting your Movies Anywhere account with participating digital retailer accounts, Movies Anywhere can syncs your digital libraries across your connected accounts, so consumers can watch their purchased and redeemed digital movies on an array of platforms including Amazon Fire devices; Android devices and Android TV; Apple TV; Chromecast; iPhone, iPad and iPod touch; Roku devices and popular browsers, with more platforms and retailers to come. Movies Anywhere initially features access to a library of over 7,300 digital movies.

The service is launching with a limited-time offer for new users to receive up to five free digital movies. Activate and connect your account with one of these participating digital retailers— Amazon Video, Google Play, iTunes or Vudu —and you’ll receive a digital copy of both Sony Pictures’ “Ghostbusters” (2016) and Twentieth Century Fox’s “Ice Age.” Connect with a second participating digital retailer and Disney’s “Big Hero 6,” Universal’s “Jason Bourne” and Warner Bros.’ “The LEGO Movie” will be added to your digital movie collection.

“Movies Anywhere is a massive step forward for the consumer digital media experience, bringing the incredible film libraries of five studios together in a virtual one-stop movie-watching shop,” said Karin Gilford, General Manager, Movies Anywhere, who leads an independent, dedicated cross-functional team of product, technology, marketing and other professionals. “Movies Anywhere means that consumers never have to remember where they purchased a film or which device they can watch it on, because all of their eligible movies will be centralized within their Movies Anywhere library and available across platforms through the Movies Anywhere app and website and also available at their connected digital retailers. And as Movies Anywhere continues to add more studios, retailers and platforms, the entertainment possibilities are endless.”

Get jazzed about new products inspired by Disney...

Apple has announced 5G iPhones, but which theme...