Just before Lucille Ball passed away about 30 years ago, she told her hometown of Jamestown, N.Y. that she would want a place that celebrates all comedy, rather than a museum celebrating her life. 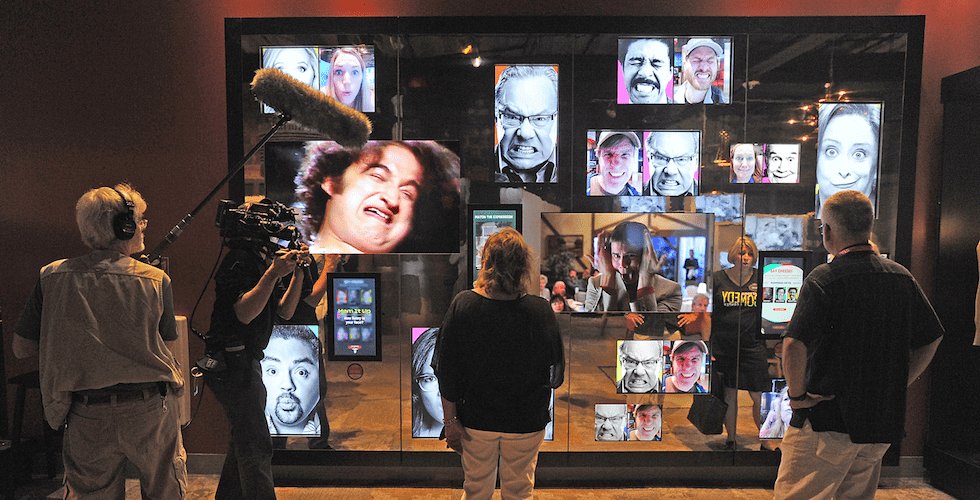 The National Comedy Center is officially open to guests in Jamestown, N.Y.

This past weekend, that dream was realized with the opening of the National Comedy Center.

The National Comedy Center is now the first non-profit cultural institution and visitor experience dedicated to the art and hilarity of comedy. The new 37,000-square-foot, $50 million facility tells the story of comedy from past to present, with over 50 immersive and interactive exhibits and comedy artifacts.

“When I got into the National Comedy Center I got really overwhelmed and really emotional,” said Schumer. “It was just really moving and it was really meaningful that we have a place now for our heroes. It’s so important to share the legacies of the comedians before us.”

The event kicked off with a ribbon cutting ceremony by Andrew Cuomo, Governor of New York, and featured Aykroyd riding to the front door of the National Comedy Center on his motorcycle before donating it to the museum.

“What we saw this week was that the National Comedy Center experience managed to garner extraordinary praise from comedians and ‘civilians’ alike,” said Journey Gunderson, executive director for the National Comedy Center. “From Lily Tomlin, Amy Schumer, Dan Aykroyd and George Schlatter raving about it, to droves of visitors from all 50 states remarking they could spend days inside, the consistent response has been that this is much, much more than anyone every imagined. Lucille Ball understood the power of comedy and had the vision for her hometown to become a destination that would educate, foster and inspire.”

To learn more about the National Comedy Center, and to plan your visit, check out ComedyCenter.org.

How exciting, I’ve been through Jamestown, New York and they definitely embrace Lucille Ball and her legacy. Having the Comedy Museum/Center there is a wonderful idea and a great idea!!! I can’t wait to be able to visit and here about all the wonderful things that will happen there. Congrats to the Comedy Industry and to Jamestown, NY!!!

Epcot Holidays Around the World expands with...