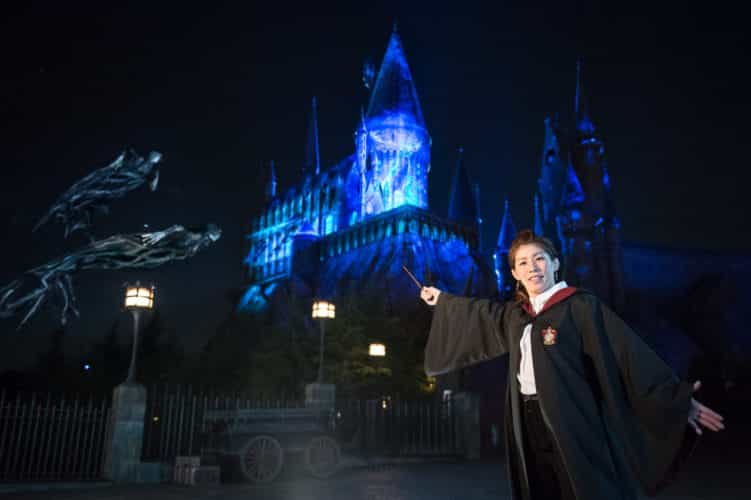 The Expecto Patronum Night Show is a large-scale night show in The Wizarding World of Harry Potter, featuring chilling Dementors, brave students and defensive spells. During the night show, students at Hogwarts School of Witchcraft and Wizardry cast spells that illuminate Hogwarts Castle and the foggy Black Lake, and banish the soul-sucking Dementors that have descended.

Olympian Saori Yoshida, who attended a preview of the show with fans and press on April 18, said, “I was so moved to actually see a patronus. The Dementors made me so scared. It is absolutely the world’s best experience.” You can watch the full preview performance here: