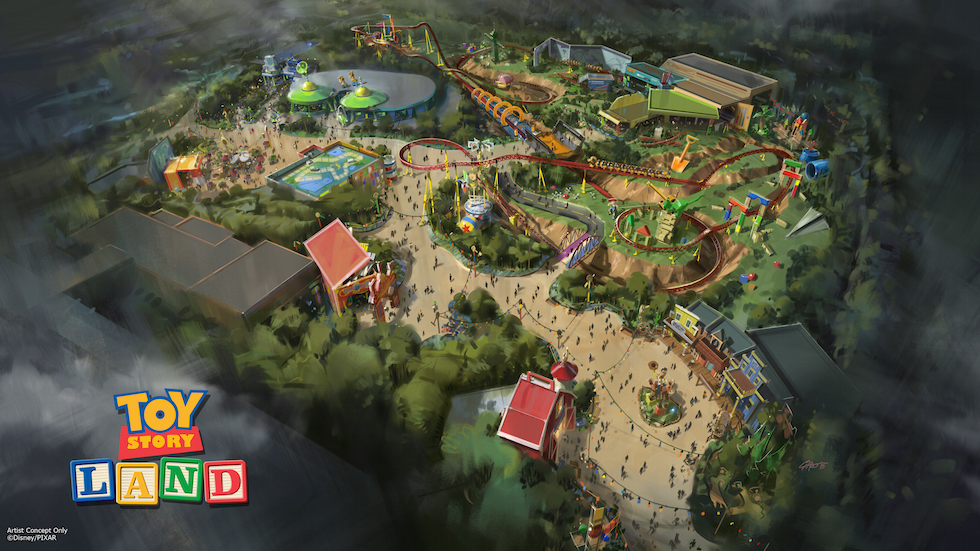 Woody, Buzz and his pals will have an expanded presence at Disney’s Hollywood Studios in the newly announced Toy Story Land.

As part of the reimagining of the park, with a previously announced Star Wars area, a new 11-acre land will transport guests into the adventurous outdoors of Andy’s backyard. Guests will think they’ve been shrunk to the size of Woody and Buzz as they are surrounded by oversized toys that Andy has assembled using his imagination. Using toys like building blocks, plastic buckets and shovels, and game board pieces, Andy has designed the perfect setting for this land, which will include two new attractions and one expanded favorite.

• Family-friendly roller coaster
All on the back of Slinky Dog, this coaster will zip and zoom, plunge and coast as it takes guests on a fun, toy-filled adventure throughout the new land.

• Alien saucers attraction
The famous little green aliens from the movie will take guests around for a spin in their very own flying saucers. The music, lighting and sound effects add to the flurry of action, while “The Claw” looms over.

• Toy Story Mania!
Guests glide into the Toy Story Midway Games Play Set and take aim at 3D objects in a variety of fast-paced games, with an expansion that adds a third track to this popular attraction.

No date or location has been announced, but we expect the project will take a couple of years and it will be located where the old Studio Backlot Tour. 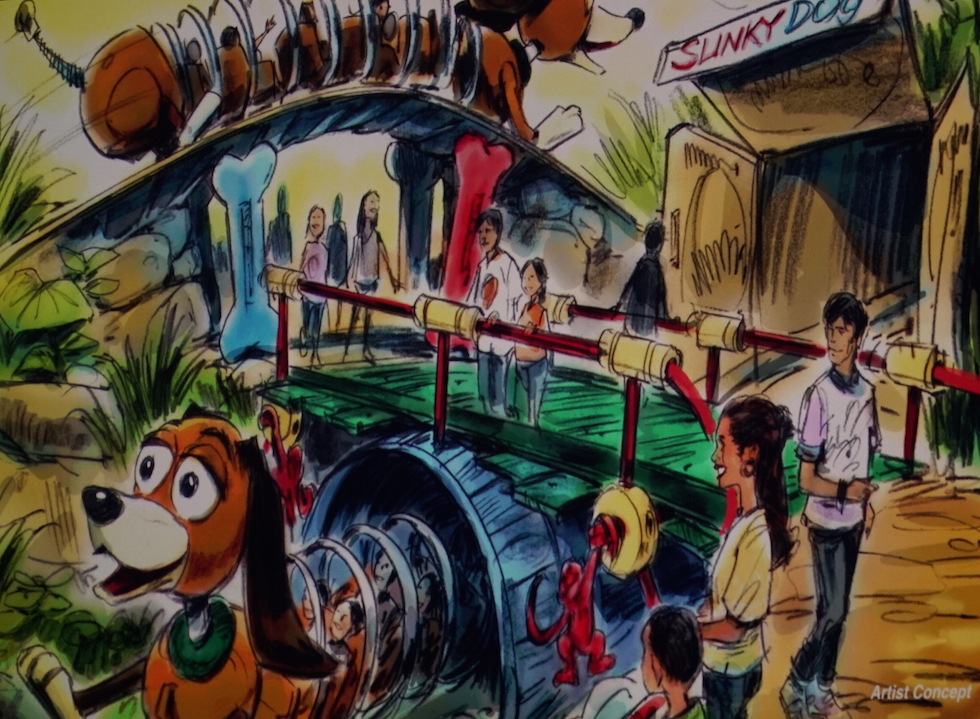 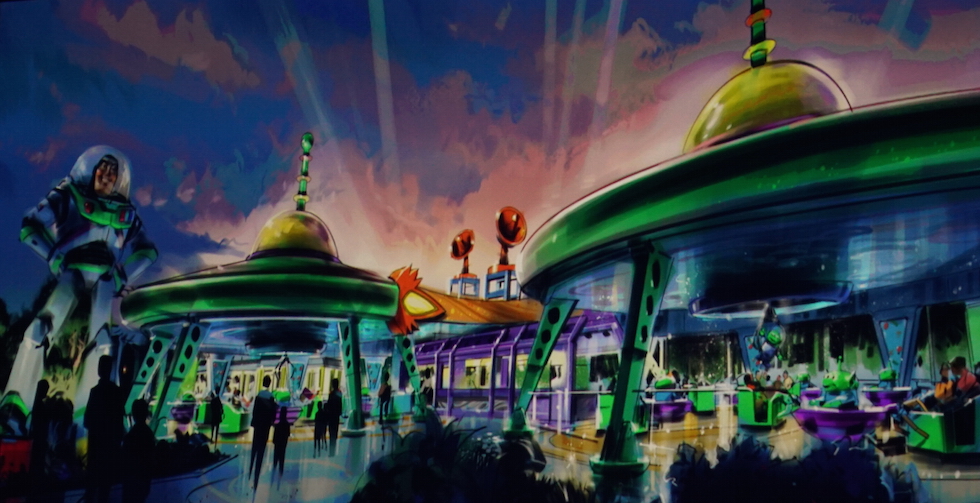