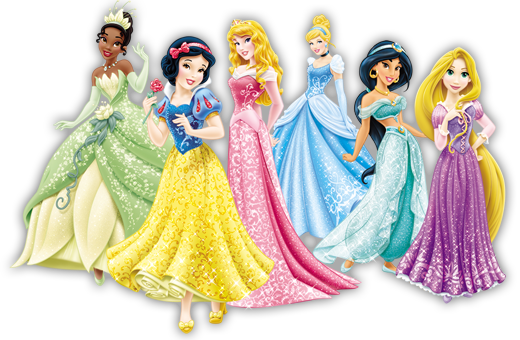 According to new concept art, when Princess Fairytale Hall opens early next year, the Disney Princesses will be getting a new look. Cinderella recently debuted a new dress and hair style at the Limited Time Magic announcement in New York City and it looks like the other princesses will follow.

The Disney Parks Blog recently released a timeline of Fantasyland and all the new additions that have come to it since it opened back in 1971. Check out the timeline by clicking here. The concept art for the Disney Princesses involved new dresses, hair styles and a more modern look for Cinderella, Aurora and Snow White. The new looks are similar to the new dress and hair style that Disney debuted for Cinderella in New York. You can see the new look for Cinderella next to the old look below: 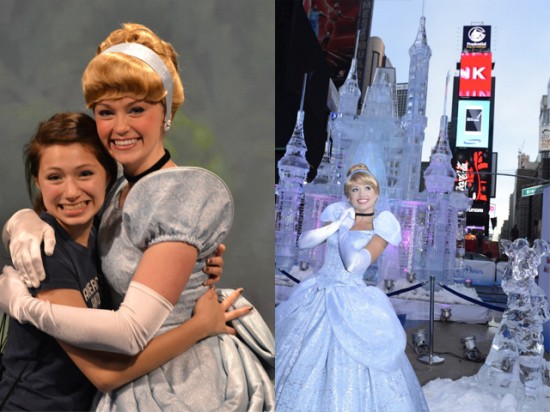 Check out this video from the Limited Time Magic announcement featuring the new look for Cinderella:

Princess Fairytale Hall has recently gotten new signage featuring the old look and a scrim on the construction wall and building featuring the facade that will house the new meet and greet when it debuts next year. 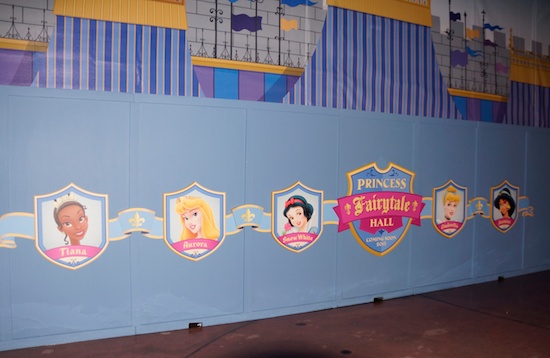 Your last view of Space Shuttle Atlantis until next summer, plus other changes at Kennedy Space Center Visitor Complex

I dont get it. Is that artwork supposed to be the “new” look because it looks like the same artwork theyve used on the shirts from this summer.

It’s kind of sad that the original artwork from the movies isn’t enough to make the characters look generic.

All children imagine the princesses looking like the movies as they have seen them literally dozens, even hundreds of times. Please reconsider modernizing and damaging the experience of meeting them in person!

What did you do to my childhood.

Does the new cinderella dress have a bow in the back.

I agree with Anon, they shouldnt mess with the disney princesses origanal look. Iam not going to lie, there cute but no, just no. Disney has gone to far.

Updated version of ‘Finding Nemo – The...