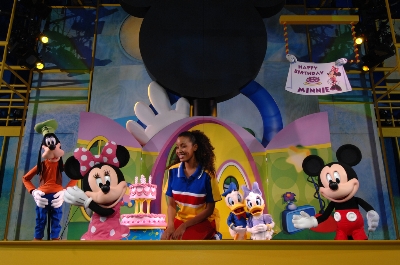 Some of the most popular children’s TV characters from Playhouse Disney on Disney Channel come to life as never before in the new Playhouse Disney — Live on Stage! at Disney’s Hollywood Studios. Children are invited to sing, dance and play along as their beloved friends from Mickey Mouse Clubhouse, Handy Manny, Little Einsteins and others appear in new live adventures. Mickey’s colorful clubhouse opens up with delightful characters and special effects to make kids a part of the interactive magic — helping their pals create the best birthday party ever for Minnie Mouse. In addition to the bubbly, breezy effects, music also fills the air as youngsters join the gang in singing along with catchy tunes that make Playhouse Disney such a fun place every morning — only this time, they’re a part of the new fun.
Playhouse Disney – Live on Stage! performs several times daily at Disney’s Hollywood Studios. 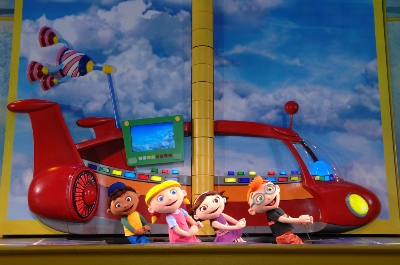 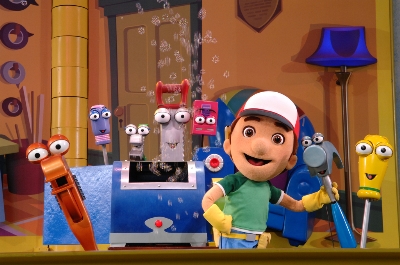 Do you know how someone gets a ticket to see this show at Disney? Where is Hollywood Studios?

You just need to buy tickets to Disney’s Hollywood Studios theme park in Orlando. The show and all of their other attractions are included.

I will be going to orlando in August 2010, I would like to know if Handy Manny could have luncy with my son on the 18th August as it’s is 5th Birthday and he loves this character. Could you please give me some information.

I’m not sure if Handy Manny will be there, but Disney offers a character breakfast at Hollywood Studios with the Playhouse Disney characters. More details here: https://disneyworld.disney.go.com/parks/hollywood-studios/dining/playhouse-disneys-play-n-dine-breakfast-and-lunch/