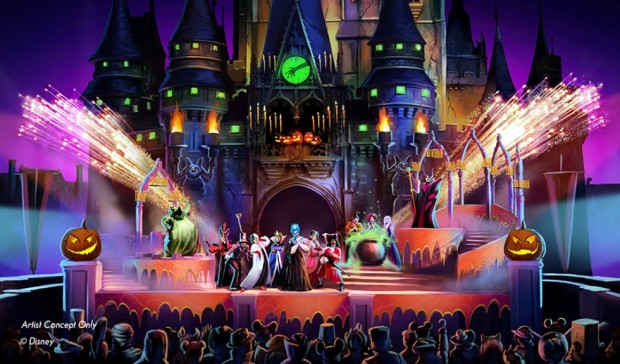 The Sanderson Sisters from the Disney film “Hocus Pocus” are ready to put a spell on you during a new show at Mickey’s Not So Scary Halloween Party this fall.

For the “Hocus Pocus Villain Spelltacular,” Winifred, Mary and Sarah Sanderson have a few hours to run amok at the Magic Kingdom, so they decide to throw a party in front of Cinderella Castle and invite some villainous friends.

The show will feature appearances by Oogie Boogie, Maleficent, Dr. Facilier and more Disney villains. Projections and special effects will combine as the Sisters conjure up some Hocus Pocus Party Potion and cast a spell on party guests.

This show replaces the Villains Mix and Mingle show. See the 2012 version in our video below: