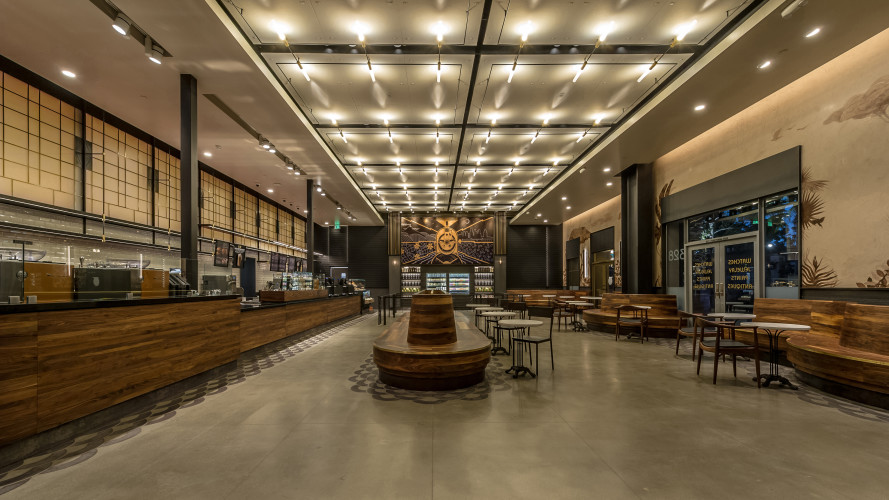 Caffeine-loving guests visiting the soon-to-open West Coast Wizarding World have a glamorous new option for gassing up, because a Tinseltown-inspired Starbucks Coffee has debuted on the upper lot of Universal Studios Hollywood.

With the park only a week away from officially opening its anticipated Wizarding World of Harry Potter area, the finished touches are being put on Universal Studios Hollywood’s freshly re-imagined entry corridor, which now features a massive 5,000 square foot Starbucks Coffee location loaded with nods to the Golden Age of Tinsletown. 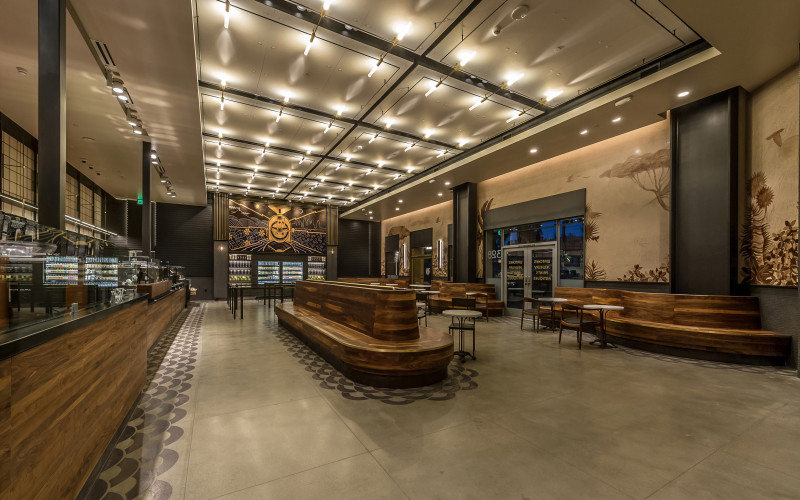 “We wanted to provide a sense of entertainment,” said Starbucks designer Erich Mele. “The design allows us to serve large groups of people while still providing areas of intimacy so you can relax and take in the atmosphere.”

From the exterior, the façade is broken up into multiple buildings, as if it had originally been the site of several small shops. On the interior, it is one grand space. A banquette made of reclaimed black walnut wood curves like a siren’s tale, creating eddies that can be a comfortable place to sit. 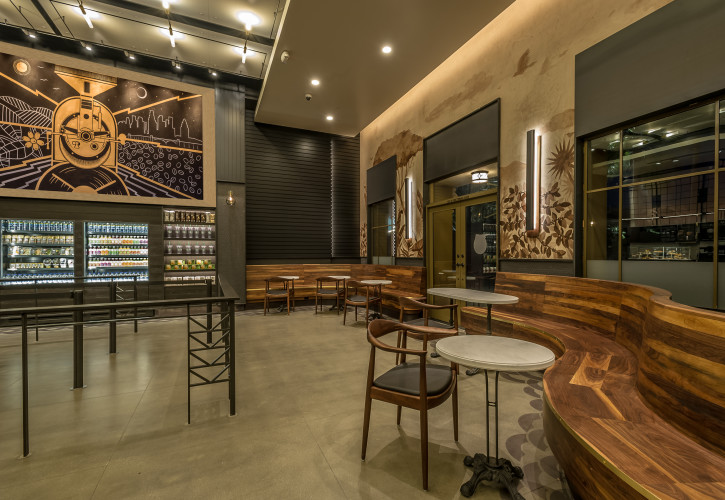 The focal point is a mural that has the look of an old-time film projector and depicts a coffee roasting machine against the skyline of Los Angeles. Backlit glass above the bar gives the illusion of exterior factory windows looking out to the setting sun. At the end of the bar is a three-dimensional map of the world that illustrates where coffee is grown.

Designers chose a neutral color palate, while materials juxtapose the raw with the refined. Painted black steel amplifies the industrial nature of the building while brass fasteners add a sparkle and sophistication that harkens back to the Golden Age of Hollywood in the 1930s. 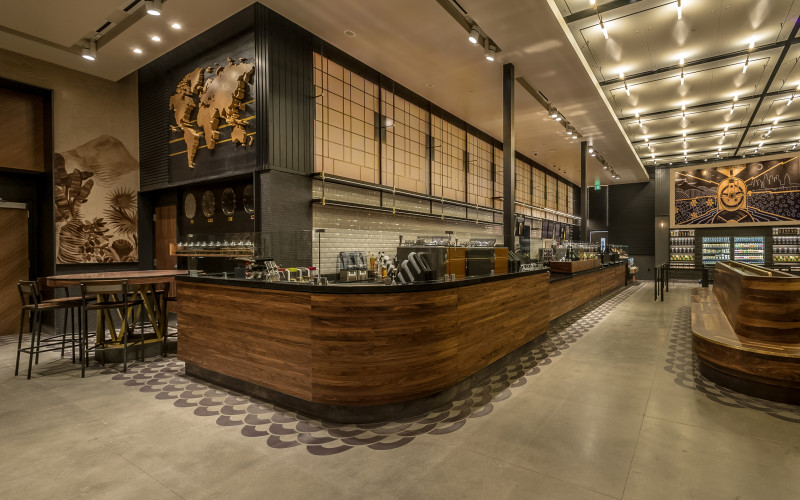 “The walls in the interior are a beige plaster with a beautiful depth and texture,” Mele said. “An artist painted tropical flora and fauna in contrasting coffee colors to give it a handcrafted feeling.”

One last subtle nod to the Starbucks Siren can be found on the floor with a scalloped pattern on the polished concrete along the perimeter of the café and bar area. “The scale pattern is fluid, and offers a sense of detail that allows people to stop and appreciate,” he said. 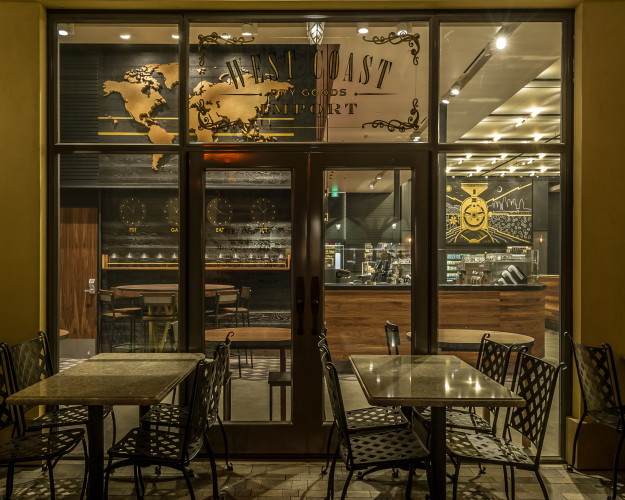