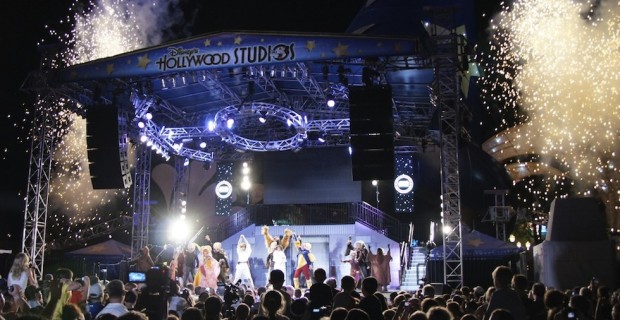 The excitement is building for Star Wars Weekends 2014. First come the dates (expanded to five weekends this year), then the guest stars will be announced. But there are some changes to talk about for this year’s event. There will be new nightly fireworks, but no more Hyperspace Hoopla. 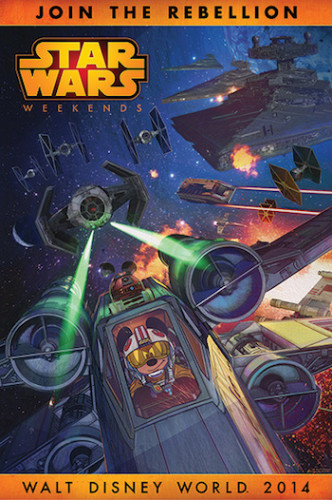 Hyperspace Hoopla has been a regular, popular way to end each day of Star Wars Weekends for many years. The stage show featured a segment called “Dance Off With the Star Wars Stars”, which had some of the most popular Star Wars characters uncharacteristically dancing to songs from the ’80s to the latest hits. But this year, Disney has decided to go in a different direction.

This year, fans will be able to end each event night with a Star Wars themed fireworks show, and other nighttime entertainment. Disney hasn’t specified what exactly the other entertainment will be, except to say there will be a curtain call moment for the characters. During the May the Fourth Star Wars event last year, a nighttime dance party was held and seemed to be popular with the guests. So maybe you’ll still be able to see some Star Wars characters getting down, and dance along with them.

In case you miss them, here’s our video playlist of the past Hyperspace Hooplas:

Disney hasn’t given details on the Symphony in the Stars fireworks show, but it’s expected to be similar to the one put on for the Last Tour to Endor event, as seen here:

James Arnold Taylor (Voice of Obi-Wan Kenobi on “Star Wars: The Clone Wars”) will return as the official celebrity host, but Disney hasn’t given any details about other Star Wars Weekends events, so check back with us as they are released. Here are the dates for 2014:

Disney Cruise Line acquires one of the...