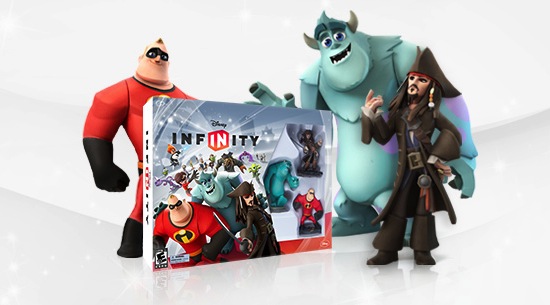 Starting tomorrow, Wednesday, June 5 through June 23, guests at Downtown Disney will have the opportunity to play the latest in video gaming technology during Nintendo’s Wii U Tour. This will be the first opportunity for most fans to play the highly anticipated new game, Disney Infinity.

Nintendo is bringing its Wii U console to the Downtown Disney Marketplace as part of a six-city tour to give people a chance to experience second-screen gaming for themselves. The opportunity is free, and will include hands-on time with a wide selection of Wii U games, including Disney Infinity, Nintendo Land, New Super Mario Bros. U, LEGO City Undercover and Need for Speed Most Wanted U.

The event will happening outside the Once Upon a Toy store. Guests can also pose for pictures with props from Nintendo franchises, including Mario and Luigi, and

UPDATE: The play area just opened and we’ve been informed the Tweet a photo prize isn’t being offered. We’ve also been told that Disney Infinity isn’t currently available as was previously announced, but it may be at some point before the event ends at Downtown Disney.

I would like to ad that Disney Infinity will also be playable on Xbox 360 (but you need to pay a yearly fee to be online), PS3 (online is free) and probably will come to Xbox One and PS4, the next generation consoles that can be bought before Christmas this year.

The circus is coming to town, new...