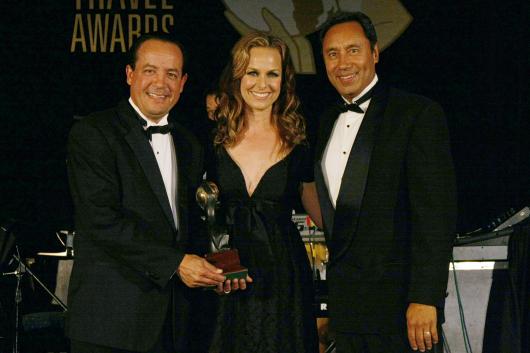 This event was part of the World Travel Awards Grand Tour, which holds other regional award events throughout the world including Dubai, Sydney, and Shanghai. The Tour ends with a Grand Finale in the Turks & Caicos Islands on Dec. 12.

Since 1993, the World Travel Awards have been recognizing excellence in the world’s travel and tourism, and is described by the Wall Street Journal as “The Oscars of the Travel Industry.” Travel professionals from 167,000 travel agencies, tour and transport companies, and tourism organizations across the globe cast their votes online, which means the awards are peer-selected.

This blog entry was written by Orlando Attractions Magazine and freelance travel writer Deborah Brauser. Visit her online at www.orlandotravelwriter.com

Dinosaurs to take over Amway Arena