Out of the Loop: A look at the new Universal Studios Singapore 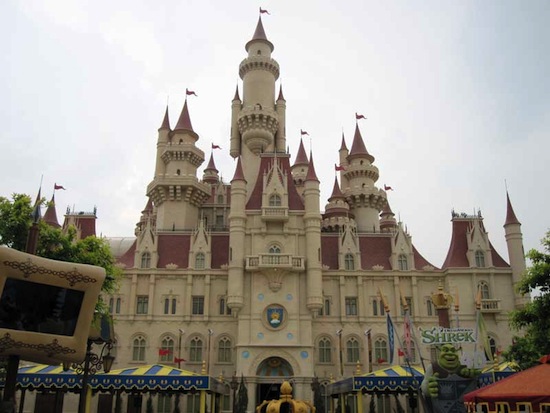 Universal Studios new theme park in Singapore was in soft opening when I visited in early May. It’s a compact park and easily dismissed as “small”. But really the park is ingeniously designed for light amounts of walking between attractions tucked behind the facades. Two areas are roofed to protect from rain, like the Osaka park. The Singapore park also has unique attractions, or interesting twists on favorites.

For example, the Jurassic Park ride through the dinosaur-filled jungle is a circular raft ride instead of the familiar boat at the other three Universal parks. The raft is carried swiftly to the top for the big splash by a dark elevator. The splash is sudden instead of gliding, and even more wet for some of the riders. The Revenge of the Mummy ride was something like Orlando’s, but with a different story and no Brendan Fraser.

Shrek’s castle in the land of Far Far Away (pictured above) is very nice, and although it may look like it is a central feature of the park it is really just the focus of that particular area. Many other landmarks in the park are much taller. Shrek 4D is similar to the other parks. There is also Donkey Live, an interactive comedy show that probably compares best to the Monsters, Inc. Laugh Floor at the Magic Kingdom in Orlando.

Only two attractions were not operating when I visited. The Battlestar Galactica roller coaster, and the Madagascar Crate-based dark ride.

Battlestar Galactica is actually two coasters. One suspended or floorless, the other traditional train seated. The two tracks intertwine in interesting ways. Imagine the Hulk and one of the Dueling Dragon coasters from Islands of Adventure intertwined and that’s Battlestar Galactica. It looked like a great ride.

I had one of the best theme park meals ever at the Jurassic Park Discovery food court. Called the Laksa set, it was a spicy shrimp and vegetable bowl with a side of a delicious and slightly sweet green bean soup. It’s hard to describe how good this was, and how the sides of chilis brought out other flavors. The Green Tea Mousse was also good.

Universal Studios Singapore is also part of Sentosa Island, where massive new development has opened to make it the premiere convention and vacation destination of southeast Asia. Hotels are conveniently next to the theme park, or quick access by a monorail and the Metro.

The video below will give you a good idea of the many attractions at the park. 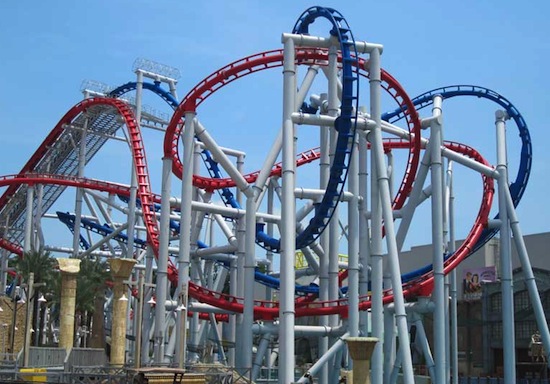 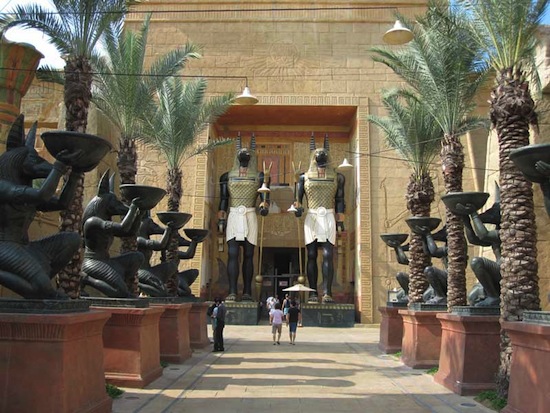 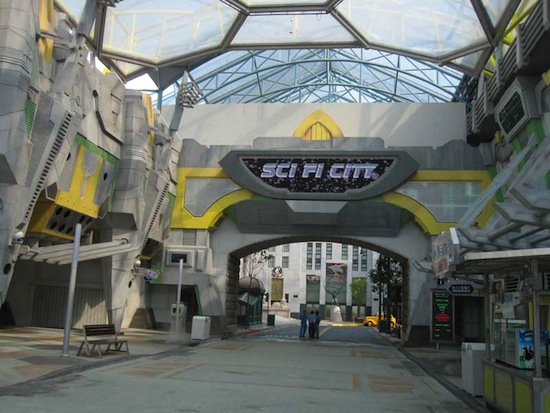 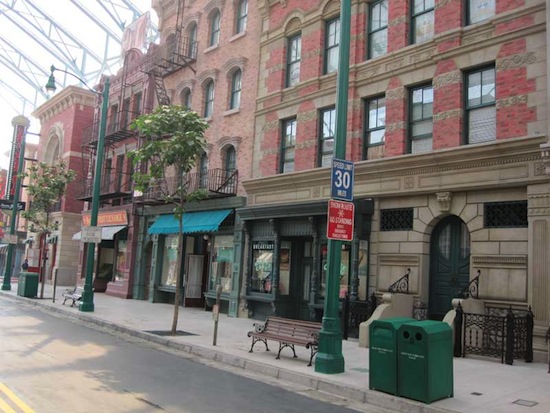 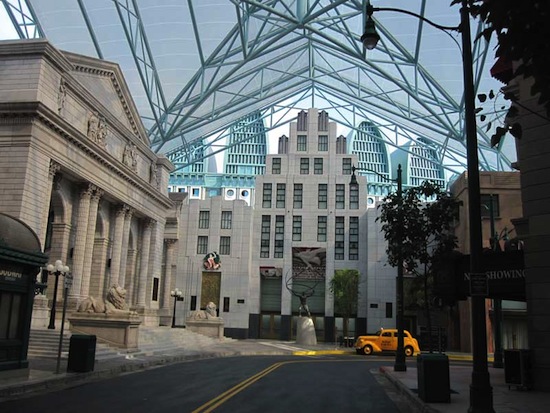 Photo Update: Strolling through the Magic Kingdom – May 2010

I have mixed feeling about this park. If I was in Singapore I would go but nothing much separates the park from the ones in the U.S. It almost looks like a dumb down version of Universal. Sure they have some other things that we don’t have, but nothing new for theme parks.

I think it looks cool. Every new version of a theme park does not need to break new ground. I too will likely never get to see this park firsthand, but that is not the point. I am a big believer in “local” parks. Give access to attractions that people in a particular region might never get to experience otherwise.

The park looks awesome! I would love to go and experience everything!

Nick has a valid point. However, amusement parks mostly attract guests from within a short range of travel.

Singapore is already a draw for vacationers from India, New Zealand, Australia, Hong Kong, Malaysia, Indonesia, etc … Adding a Universal park, luxury hotels, convention facilities, is a good business plan. People are looking for something to do in Singapore, Universal offers something out of the ordinary.

It’s sort of like the big McDonald’s at I-Drive and Sand Lake. This McDonald’s is a destination because it has some variations and unique features, but the guests come primarily from within a few blocks of travel. People in that area are looking for somewhere to eat, this McDonald’s offers something out of the ordinary.

A Celebration of Harry Potter returns to...