Out of the Loop: Cedar Fair goes ‘Coasting for Kids’ plus Holiday World speculation 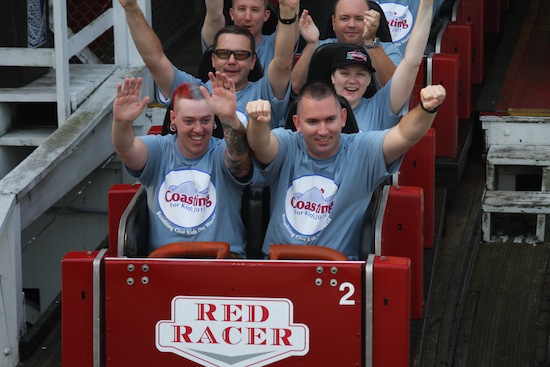 On July 24, all 11 Cedar Fair parks participated in the charity fundraiser called Coasting for Kids. This event has direct ties to Central Florida in that it benefits Give Kids the World. Give Kids the World provides children with life-threatening illnesses and their families free weeklong vacations. The Give Kids the World Village is located just a short ride from all of the Orlando attractions we love. 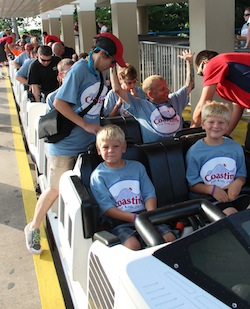 Cedar Fair has held this event since 2009. While the details differed slightly from park to park, they followed this general outline: Coaster riders were given free admission to the park on July 24. They then rode, and rode, and rode, received free lunch, then rode some more! Each park had a designated coaster(s) for the event. The top three fundraisers at each park received prizes, but everyone received a T-shirt, lunch and a fun-filled day.

In all, over $60,000 was raised for this year’s event. The total eclipses last year by over $20,000. If this sounds like a good time, look for the event in 2012 at these Cedar Fair parks: Cedar Point, Kings Island, California’s Great Adventure, Knott’s Berry Farm, Valley Fair, Worlds of Fun, Michigan’s Adventure, Canada’s Wonderland, Dorney Park, Kings Dominion and Carowinds. 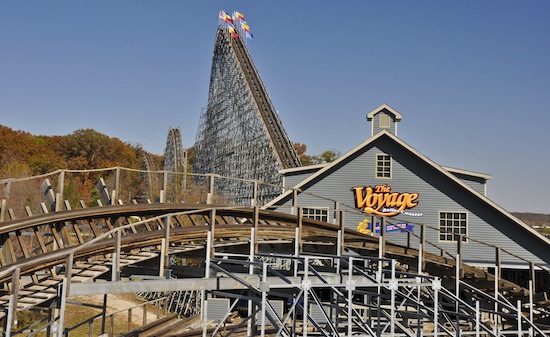 Next week on Aug. 3 at noon, Holiday World and Splashin’ Safari in Santa Claus, Ind. will announce upcoming changes for 2012. This is a common event this time of year as parks begin to build excitement for the following year. This particular announcement is significant in that they will announce a $9 million ride for 2012. This will represent the park’s largest single investment in its 65-year history.
As a coaster fan, I would guess (or wishfully think) they will announce a new wooden coaster because recent additions have been all water related: Pilgrims Plunge, the world’s tallest water ride; The Wildebeest, the world’s longest water-coaster; and a kids water park addition this year.

I say wooden coaster specifically because of the posted price tag. To provide some perspective, Holiday World’s The Voyage roller coaster was $6.5 million and The Legend roller coaster was $3 million. While The Voyage is arguably the best wooden coaster “on the planet”, the investment is minimal compared modern steel, inverted coasters that are in the range of $20+ million to build.

We’ll have to wait and see! Check the Orlando Attractions Blog for an Out of the Loop article next week.

Bok Tower Gardens going to the dogs this Saturday

That’s great! I have 2 special needs children who had Make-A-Wishes granted for them and we stayed @ GKTW. Awesome