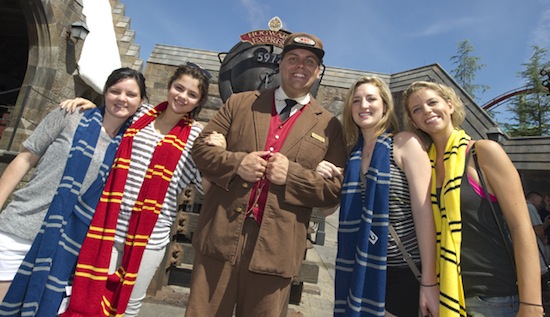 Selena (second from left) and her backup singers (from left) Ashley Cook, Lindsey Harper and Katelyn Clampett stopped at the Hogwarts Express to meet the conductor in Hogsmeade. They also sipped on Butterbeer in Hog’s Head Pub, rode the Hungarian Horntail coaster on Dragon Challenge and spent the day enjoying Universal Orlando’s Islands of Adventure theme park. Gomez was in Orlando after kicking off her â”We Own The Night” tour on in Boca Raton, Fla.

Out of the Loop: Cedar Fair goes ‘Coasting for Kids’ plus Holiday World speculation

That’s such a great park. Roller coasters are awesome

i left 6 days before ..too bad shes a great person