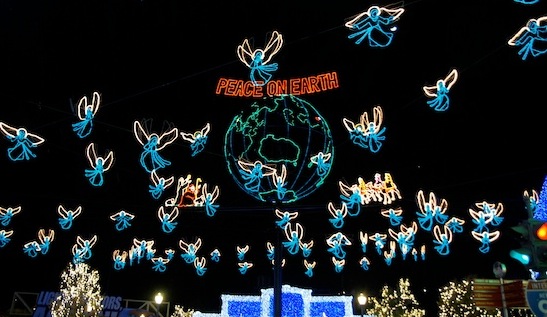 You may not have known the man, but if you’ve been to Disney’s Hollywood Studios during Christmas time, you’ve enjoyed one of his creations. Jennings Osborne, creator of the Osborne Family Spectacle of Dancing Lights, passed away this past Wednesday.

Banks Lee, one of our new reporters for Orlando Attractions Magazine – The Show, had the opportunity to meet Jennings when he was working for Disney. Here’s his story: 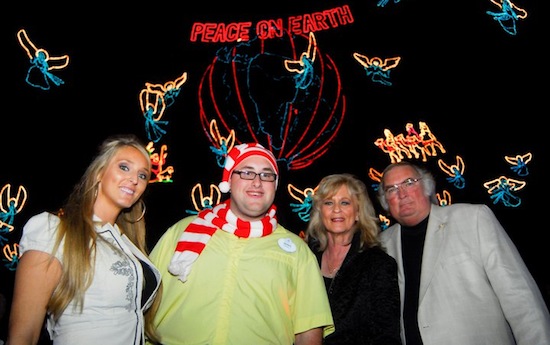 “When I was a little kid, during Christmas, my grandparents would drive me around Texarkana to look at Christmas lights. I loved, and still do to this day, seeing all the different types of decorations, lights, etc. One year my grandparents surprised me with a trip two and a half hours north to Little Rock, Ark. to see the mother of all Christmas light displays. It was the Osborne family light display, started by a man named Jennings Osborne when his daughter, Breezy, asked for their home to be decorated for Christmas.

“Jennings went all out and put up nearly a million lights, and over the years, his display grew to around three million lights. I was mesmerized. Never had I seen so many lights at once! Beautiful is putting it mildly. I knew we had to travel here every year to see this display. Unfortunately, the next year, the state of Arkansas put a stop to Jennings display, and I didn’t get to see them again.

“Fast-forward to 2008, when I started working at Disney’s Hollywood Studios. I worked in the Backlands section at the Honey, I Shrunk the Kids playground and Backlot Tour. Christmas was coming soon and I was so excited, because I was finally going to get to see and experience the Osborne Family Spectacle of Lights again. Of course, things had been added, and it was now up to five million lights, and they danced, but I was still looking forward to finally getting to see these lights again in person after over 14 years. The best part was that I was able to work the lights as crowd control and spend almost every night there.

“Working those lights was amazing. Every night, I would have fun with families, dance to the music, tell the story of the lights to anyone who wanted to hear it, and just have a blast. I would also talk to my fellow cast members about my personal experience seeing the lights as a kid, and how this just came full circle for me. Little did I know that some of my coordinators and managers were planning something for me.

“Every year the Osborne family visits, and I happened to be working the night they were at the display. Later in the night, when the crowds weren’t as heavy, I got a call on the radio to meet my manager at the Lights, Motors, Action end of the Streets of America. It turns out that Jennings and his wife Mitzi had heard my story and wanted to meet me. I was so exctied to meet them, and they couldn’t have been any nicer. We stood there and talked about the lights, my history with them, and working for Disney. 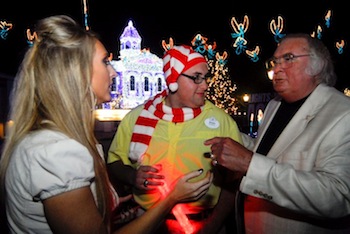 “Jennings introducing me to his daughter, Breezy, and told her about my history with the lights.

“It only lasted about 10 minutes, but I felt like I had known them for years. It was an experience I will never, ever forget. Over the years since, I have kept up with Breezy on Facebook, so when I heard about the news of Jennings’ passing, I was completely heartbroken. Jennings was an amazing person. He not only cared about his family, but everyone. When you talked to him, he would listen. My sincere condolences go out to Mitzi, Breezy and the rest of the Osborne family. You are in my prayers.

“The world lost a great man, and I can only hope that Jennings is somewhere up in Heaven, building a brand new Christmas display for all to enjoy.

“RIP Jennings Osborne, you will be greatly missed.”

Below are some videos of the lights in action. They’ll be back up for all to see this holiday season at Hollywood Studios.

New shows, fireworks, and more are coming to...

It´s a shame. The Osborn Family christmas light have always been my highlight of my christmases in Florida. R.I.P. Jennings Osborne and thank you for all your wonderfull work.