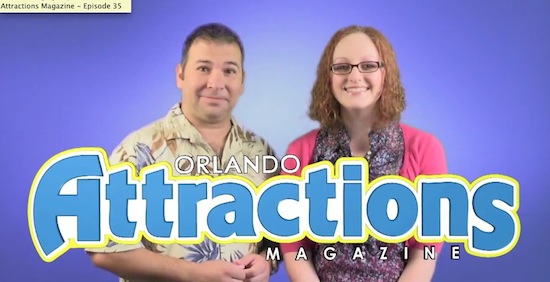 Stormtroopers to invade the History Center this Saturday

Without meaning to be rude, what happened to Jimmy? Has he gone on a long holiday or has he left the show permanently? The last few episodes have had noticeably lower production values, which is a real shame.

We have new directors, editors, equipment and some hosts. It’s a permanent change but the Show is ever evolving. We’re working through the new equipment kinks to make the show better than ever.

Welcome aaaaali! You were great! Gotta try out that carrousel after such a high recommendation, looking forward to seeing what you’re going to bring to an already awesome show 🙂

My daughter wants to go on the rope thingy RIGHT NOW! (And I’m sure it has nothing to do with the cute kid we just saw braving it with the other host.) Who was wearing the helmet cam? I’d love to see more with that!

1.The new graphics aren’t as good as the old ones – especially because when you watch them through the tv parts of the words are chopped off because they’re outside the ‘safe zone’

2. The green screen background isn’t as nice as the original set

3. It seems silly and confusing to keep changing presenters every week, it would bring familiarity by having the same people – the original presenters were very good

4. The sound levels this week were appaling, one minute it’s really quiet the next it’s really loud

5. Lately it seems to have been shorter than usual and less entertaining

Just my opinion. Overall I do still enjoy the show.

Tom, We agree with all of your points and are working to correct them.
We had a sudden and unexpected change of staff, which included buying all new equipment. We’ve been working through the issues that’s caused and you should see a marked improvement this week and even more so in the coming weeks. We’re also taking the opportunity to work on a redesign of The Show and a new set.
Although we will be introducing some more new hosts, we hope to soon have a core set. Many of our hosts are professional actors, comedians and hosts, and The Show is a second job for them, so they need to be flexible with their availabilities.

I think it’s great that with your setbacks and equipment problems you’ve still kept giving us a show that many look forward too each week, you could have easily taken it off air till you got sorted but you kept going and I think the new presenters are great! Audrey had me laughing on her rope adventure and new guy Ali seems like a really likeable easy going guy, it can only get better, good luck ironing out your probs guys, (get mark Daniel as often as you can, that guy is hilarious!) 😉

Thanks for replying Matt, I look forward to seeing all the improvements. I understand the technical difficulties that can arise – I am amazed that you are able to release a show every week. Keep up the good work.

Thanks for the support Nadi!!! We’re working SO HARD right now and I can’t tell you how much it helps to hear the positive stuff. 🙂

Youve made my day replying yey! Well no complaints from your uk fan club 🙂 .. Great to see you guys take time out to read this stuff and take on board the comments from viewers, your show has helped my family plan and look forward to our big Orlando trip this fall, I’ve recommended it to anyone whos thinking of going, it’s such a useful show .. Thanks guys!

The Attractions Show! – Tigris Announcement at...