Out of the Loop: Disneyland Paris goes all out for Halloween 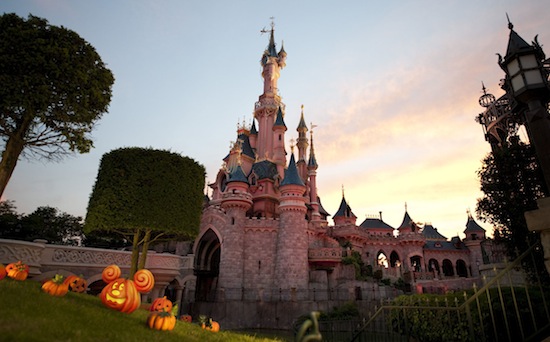 At Disneyland Paris, they are getting ready to wrap up 31 days of the 2010 Halloween Festival where guests are invited to immerse themselves in the “Halloweenmosphere”. Although Paris offers many events for all ages as Disney does in the U.S., Disneyland Paris is so scary when it presents a Terroriffic Night for ages 12 and older. 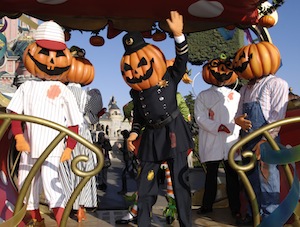 There are several special nights during the season with unique celebrations. Mickey’s Not-So-Scary Halloween Party is similar to what we have here in the U.S. While those are finished for 2010, there are two more big events coming this weekend.

On Oct. 30, Terroriffic Night 2 takes place. This 12-years-old and older event is sure to haunt. The park will be full of what is described as gruesome creatures, monstrous characters and other-worldly haunts that night.

Then on Oct. 31, Disney’s Halloween Party commences in the evening. Street performers and special stage shows will entertain. Disney villains will lead the Fantillusion Parade and the Halloween Sound and Light Show will be the finale. Guests of all ages are welcome at the Halloween Party. 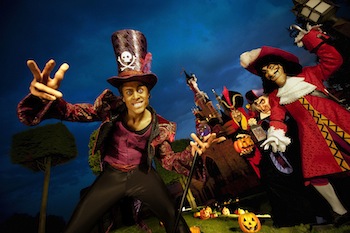 But you don’t need to buy tickets to one of the special events to enjoy the Halloween fun. The Halloween Festival activities are for all the day guests. This is the first year where the French (albeit Cajun French) villain Dr. Facilier from The Princess and the Frog is featured. Frontierland is transformed into Halloweenland. Here, Jack Skellington and friend Sally from The Nightmare Before Christmas take center stage. The Once Upon a Dream Parade gets a seasonal makeover with the ‘Dreams of Trick or Treats’ float. During the parade, Pumpkin People, Gaston from Ratatouille and Jafar from Aladdin hand out treats to guests lining the parade route.

Missing from Walt Disney World in Florida, of course, is the scary Terrorific Night event. Whether the lack of a “Terrorific” night is due to the scary offerings at Universal Orlando and Busch Gardens in Tampa, we will never officially know. Anyone out there who went to Terrorific Night last year or will be going this year is welcome to share their impressions of the event in the comments below.

Photos, video and a recipe from the grand opening of Karamell-Kuche at Epcot

SeaWorld's new blog brings all their brands, social media together

Celebrate the most wonderful time of year...

Detailed look at the ‘Beauty and the...