Out of the Loop: Disney's first meet-up offers an inside look at Toy Story Mania

It seems as long as there has been social contact, be it blogs, podcasts or just a group of like minded friends, there have been “meet-ups”. Many people have been to one type of meet-up or another, but never one organized by Disney. 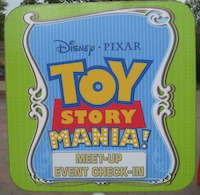 Early Tuesday, May 25, 2010, the Disney Parks Blog posted about a chance to take part in the first-ever Disney social media meet-up. This opportunity was only open to the first 150 to e-mail in and I was lucky enough to be one of those few. Just after Disney’s California Adventure park closed on May 27, it would reopen for the meet-up, and Walt Disney Imagineer and Senior Concept Writer Kevin Rafferty would meet with the group to give an insider’s look at the new changes in Toy Story Mania. There was also the promise of a few surprises!

After a day and a half of waiting and speculating, it was time to head to the park. Check-in started in front of the park at 5 p.m. with a promise of heading in at 6 p.m. With a fast check-in done, we were given our “goodie bags” containing a Disney-Pixar Toy Story Mania cookie and a limited edition Disney Parks Blog pin, that as we found out later, was only available from two people in all of Disney. While in line we had the chance to meet some of the other lucky few, including a some die-hard fans that drove five 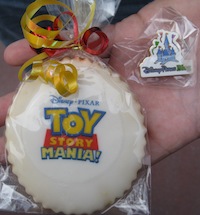 hours just for that event. We were also given another special cookie for Toy Story 3. At six we were ushered into the park, with a lot of regular park guest wondering why we were so special. We headed to the Hollywood Pictures Backlot stage for a group photo. After a few minutes of feeling like grade school kids posing for our class picture, out came Woody and Lotso to join us for a few photos (which you can see here).

Next we were escorted to the Animation Building and into the Animation Academy for the highlight of the night, the Toy Story Mania presentation and Q&A with Kevin Rafferty. Kevin has been with the Disney Company for more than 30 years, starting as a dishwasher at the Plaza Inn on Main St. U.S.A. in Disneyland. He worked his way up to a Senior Concept Writer for Walt Disney Imaginneering. He started with WDI when he saw a posting on the job board at Disneyland for people to work on art and concepts for Tokyo Disneyland and EPCOT Center, and he’s since worked on such attractions as The Twilight Zone Tower of Terror at Disney’s Hollywood Studios, Test Track at Epcot, The Finding Nemo Submarine Voyage at Disneyland and Toy Story Mania for both Disney’s California Adventure and Disney’s Hollywood Studios, to name just a few. 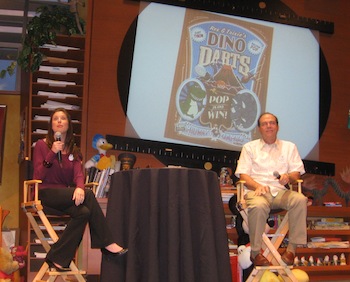 The presentation covered the conception all the way up to the new additions of the Toy Story 3 cast in Toy Story Mania. Kevin shared some of the early concept art from a few different game scenes and stories and told why they did or didn’t make it into the attraction. A few of the scenes that didn’t make it into the attraction are Slinky’s Bone-anza, which would have you toss bones into dog dishes and the Potato Patch where you would actually throw baseballs at Mr. Potato Head (throwing things at characters didn’t go over very well). He also showed a early concept for a game centered around Rex that evolved into the Rex and Trixie’s Dino Darts scene that was recently added. One of the most interesting things Kevin shared, was that this was the quickest project he had ever worked on, going from concept to pitching in front of Bob Iger to approval in just a few weeks.

Next came the Q&A with Kevin and host Heather Hust Rivera, print and social media manager. A question about Kevin’s background allowed him to speak of his love of Disney and how he actually studied to be an animator originally. A few of the other questions were about the chance of new scenes or updates to the attraction in the future and the possibility of adding FastPass to the attraction here on the West Coast, both of which were given an answer which basically broke down as “you never know what could happen in the future.” But by far the most popular question was about hidden things in the attraction itself. While Kevin said he doesn’t know all of them, he did give us a hint to aim for the lava balloons in the Dino Dart scene.

With time growing thin before the Grad Night kids started to move into the park, we thanked Kevin for all his hard work and were walked over to Toy Story Mania for a chance to experience what brought us all here, the magic of a great Disney attraction. With a quick ride and a bruised ego from my girlfriend getting the high score, the night was over and we were headed out of the park with the promise of more meet-ups to come.

As a long time Disney theme park fan, I must say this night was a great start to what I hope will be many more chances to get a behind the mouse look at the parks. 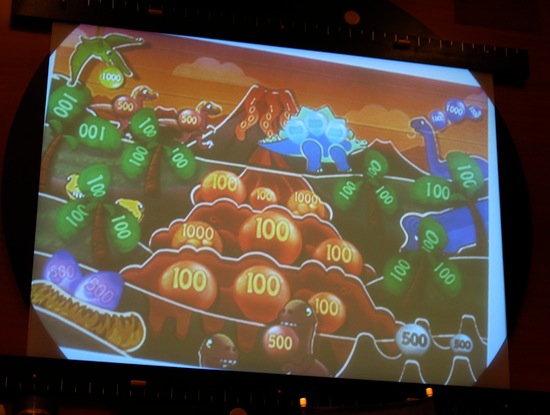 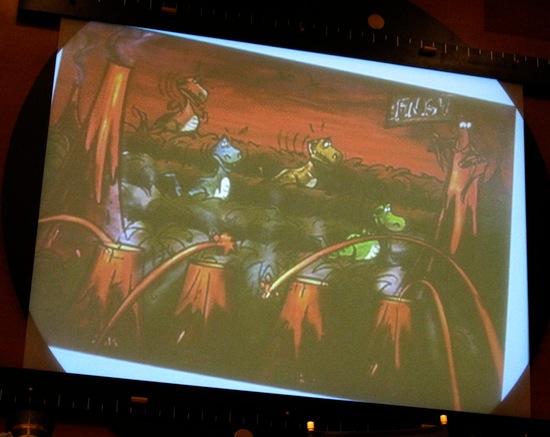 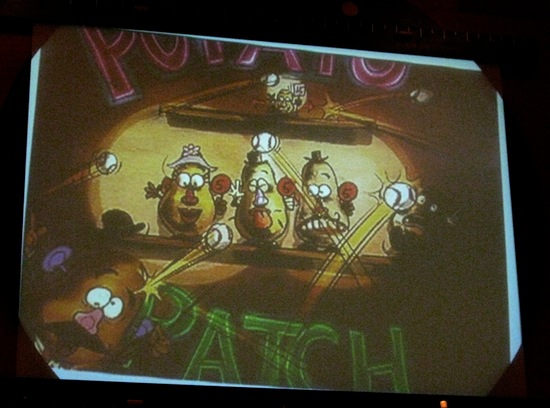 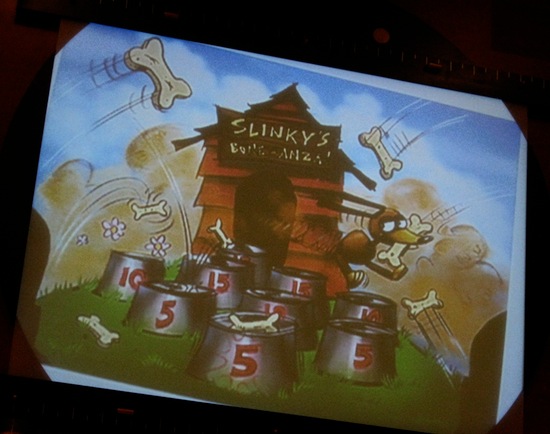 They should have these things more often, like 2 times a year. I wish I could go but I live in South Florida. If they had them at Disney World I would find myself at every event and meeting people to try to become the youngest Imagineer.

Character hugs are finally back at Orlando’s...