Out of the Loop: SeaWorld’s Aquatica water park coming to San Antonio, Texas 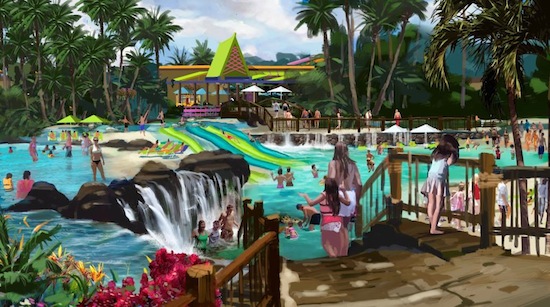 San Antonio, Texas is a great city. It is home of the famous River Walk, the Spurs NBA basketball team and the best margarita I’ve ever had. Of course, who could forget the Alamo? If you look in the dictionary for the definition of the word “Tex-Mex”, you might find a picture of San Antonio as this city epitomizes that blend of cultures. In the theme park universe, San Antonio has a lot to offer.

Opened in 1992, Six Flags Fiesta Texas boasts eight coasters and dozens of other attractions. It has an adjacent water park named White Water Bay that guests can visit at no additional fee. Schlitterbahn Water Park, 30 miles northwest of the airport, has been long thought of as one of the top water parks in the world and definitely a pioneer in many regards in the water park industry.

SeaWorld has been a part of the San Antonio attraction landscape since 1988. It has three great coasters including the Steel Eel, a hypercoaster that reaches speeds of up to 70 mph. In March of this year, SeaWorld transformed their children’s area into the Sesame Street Bay of Play. Of course, the real attraction of SeaWorld has always been the aquatic animals in vast exhibits and thrilling, funny, and inspirational animal-based shows. At the center of it all is the iconic image of a killer whale named Shamu. 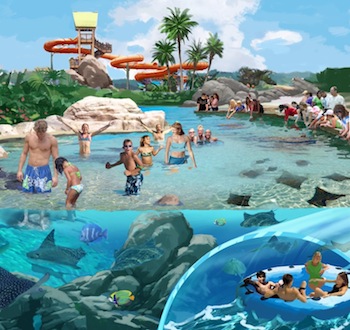 It was announced last week that SeaWorld San Antonio will open Aquatica Texas in May 2012. Orlando fans recognize the name Aquatica. If you have visited SeaWorld since 2008, you know that Aquatica water park resides just across the street. If you have been to Aquatica in Orlando, it appears that the experience would give you a good approximation of what Aquatica Texas may be like. SeaWorld describes Aquatica as a “whimsical aquatic park with up-close animal experiences, high-speed thrills and relaxing, sandy beaches”.

The signature ride will be a family raft ride that brings guests “face-to-fin” with several species of stingrays when they twist and turn through an underwater grotto. Guests can also experience and up close and personal visit with the rays in a special wading pool. SeaWorld also discussed a “one of a kind” experience with a five-seater raft ride that sends riders up a zero-gravity wall that will give the feeling of weightlessness. There will be eight additional slides, pools aplenty and water play areas for all ages.

Aquatica will replace Lost Lagoon, SeaWorld San Antonio’s water park that opened in 1993. Construction is expected to begin next month but Lost Lagoon will be open for one last season before completing the transformation. Aquatica will require an additional entry fee, but details on pricing have not yet been released. The new park is expected to open by Memorial Day 2012. 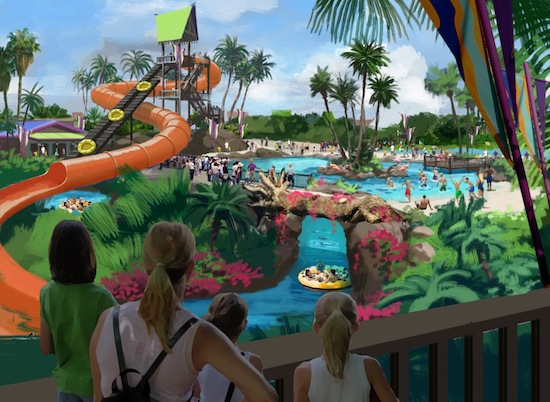 Oh my goodness! an amazing article dude. Thanks Nonetheless I am experiencing situation with ur rss . Don’t know why Unable to subscribe to it. Is there anybody getting an identical rss downside? Anybody who is aware of kindly respond. Thnkx