PARKsaver: Check out these hotel, ticket and package savings for spring 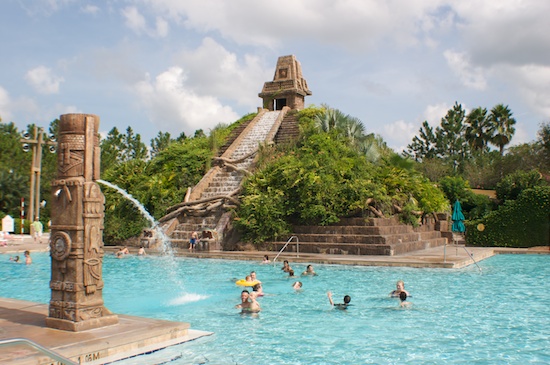 Spring has sprung and the vacation deals are popping up all over the place. Now is a great time to visit Florida, before the major heat sets in and after the spring break crowds have gone home. Here are the latest area hotel and attraction deals we’ve found:

Walt Disney World Resort has the jump on summer with these great resort stay deals, saving you up to 30 percent for stays most nights June 13 to Aug. 14, 2013:

Add minimum 4-Day Magic Your Way Tickets to make it a package and get a discount on the tickets too! 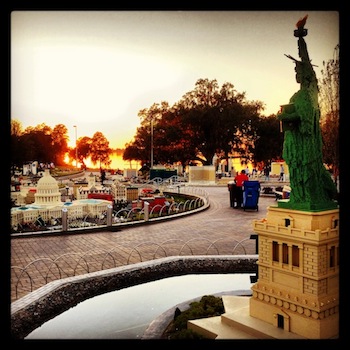 Less than an hour away from Walt Disney World, in Winter Haven, Fla., Legoland Florida salutes the men and women serving in the United States Armed Forces with Military Appreciation Days throughout 2013.

As an appreciation for their continued service, all active duty military personnel including the Army, Navy, Air Force, Marines, Coast Guard, National Guard and Reservists are now entitled to a free one-time single day admission to Legoland Florida throughout 2013 and seasonally at the LEGOLAND Water Park. Specifically geared for families with children ages 2 to 12, Legoland Florida also offers substantial savings for family and friends of military personnel so all can enjoy the more than 50 rides, shows and attractions.

“It is an honor to launch Military Appreciation Days and provide opportunities for our military men and women to create memorable family experiences as a small way to say thank you for their selfless service,” said Todd Andrus, sales manager at Legoland Florida. 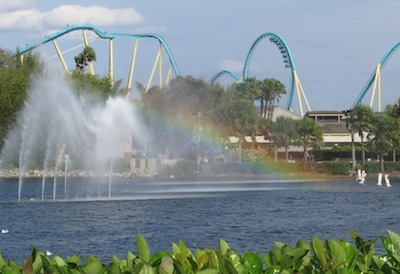 Fairfield Inn & Suites Orlando at SeaWorld plans to turn up the sizzle on spring with a new deal running concurrently with the world-famous amusement park’s Viva la Música festival.

The SeaWorld Orlando hotel on International Drive will celebrate its guests and the Hispanic culture by offering its Exclusive Benefits Vacation Package. The special deal includes deluxe accommodations from $242 to $607 per night plus SeaWorld tickets, transportation to and from the theme park, free continental breakfast and high-speed Internet access, 10 percent off merchandise and food at select sites around the park and complimentary Quick Queue Unlimited front-of-the-line access for rides.

Exclusive access to the SeaWorld Rescue Tour also is included. Viva la Música takes place on Saturdays until May 4, 2013. Guests of one of the premier SeaWorld Orlando hotels will be able to sample traditional Latin fare such as lechón, arroz con pollo, carne frita con tostones and ceviche prepared by SeaWorld Orlando Executive Chef Héctor Colón. Bayside Stadium on the SeaWorld grounds will open at noon each day, and concerts are set to begin at 3 p.m. Viva la Música is included with daily SeaWorld admission.

After a fun-filled day, guests will return to the hotel where they can settle into vibrantly designed rooms boasting one king or two queen beds topped with custom comforters, cotton-rich linens and plenty of fluffy pillows perfect to lull all Shamu-lovers to sleep. Free high-speed Internet access, flat-screen TVs, mini-refrigerators, microwaves and in-room coffeemakers are among the other desired amenities visitors will find at the kid-friendly hotel in Orlando. Guests also can enjoy a SeaWorld-themed splash area and zero-entry pool.

Located less than two miles from Walt Disney World Resort, the resort is offering their Family Getaway Special in their one and two bedroom villas. Each package includes two one-day Disney park passes and a buy-one-get-one free ticket to the Arabian Nights Dinner Theater Show. The two-bedroom villa, which sleeps up to six, is $790, while the one-bedroom villa package, sleeping four, is $740.

• Suzannah Mitchell DiMarzio and Beci Mahnken work for MEI-Travel and Mouse Fan Travel, an Authorized Disney Vacation Planner featuring a team of more than 75 affiliate destination experts located across the U.S.A. They’ve been providing magical vacation experiences for over 12 years, specializing in vacation packages and cruises to all major vacation designations.
For Disney destinations, visit: MouseFanTravel.com or follow them on twitter @MouseFanTravel. For Universal Studios visit UniversalFanTravel.com and for vacation packages and cruises around the globe visit MEI-Travel.com or follow them on twitter @MEITravel.