All paws on deck! Ryder and the pups from the hit children’s television show “Paw Patrol” are traveling from Adventure Bay to Orlando for “Paw Patrol Live! The Great Pirate Adventure” at the Dr. Phillips Center this weekend. 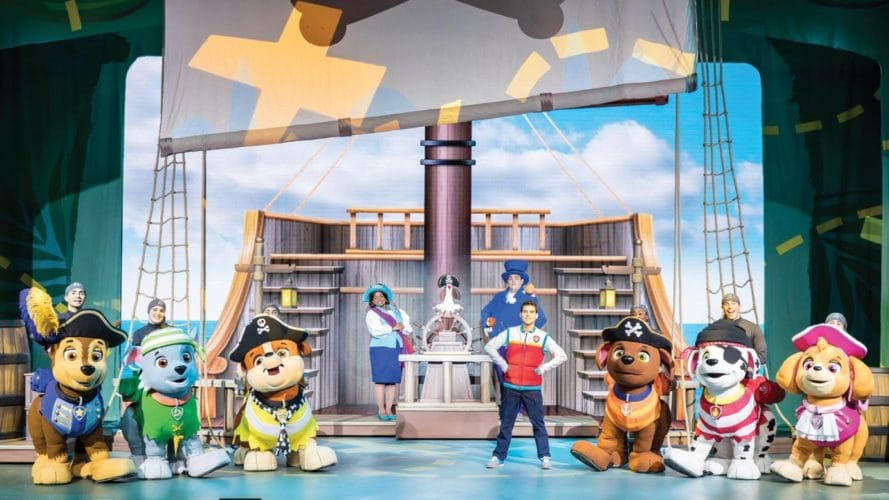 Come aboard at the Dr. Phillips Center for Paw Patrol Live! The Great Pirate Adventure.

It’s Pirate Day in Adventure Bay, and Mayor Goodway is getting ready for a big celebration! But first, Ryder and his team of pirate pups must rescue Cap’n Turbot from a mysterious cavern. When they do, they also discover a secret pirate treasure map!

The Paw Patrol set out over land and sea to find the treasure for Mayor Goodway’s celebration before Mayor Humdinger finds it first. The pups will need all paws on deck for this pirate adventure, including some help from the newest pup… Tracker!

“Paw Patrol Live! The Great Pirate Adventure” includes two acts and an intermission, and incorporates an innovative costume approach to help bring the pups to life on stage as well as their vehicles and packs during the adventure.

For more information on additional tour stops, visit PawPatrolLive.com or by using #PawPatrolLive on social media. Check out the preview video for the stage show below:

Should cameras be allowed inside Star Wars:...