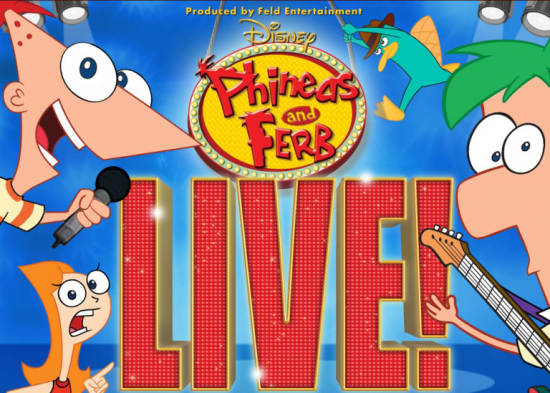 Taking the stage on March 11 at the UCF Arena is Phineas and Ferb: The Best LIVE Tour Ever!

The Disney Channel duo invites all of their friends on stage for a show produced by Feld Entertainment. Candace, Isabella, Baljeet, Buford along with Phineas and Ferb try to make the most of the last day of summer in their stage show.

The show is part action-adventure and part rock concert, complete with a soundtrack of hit songs from the animated series. Audiences will recognize such hits as “Gitchee Gitchee Goo,” “Squirrels in My Pants,” Backyard Beach,” “Busted,” “Today is Gonna Be a Great Day,” and “Summer Belongs to You.” “Phineas and Ferb” has been ranked TV’s number one animated series among tweens aged 9 to 14 for three consecutive years.

• Watch episode 61 of Orlando Attractions Magazine – The Show for details on how you could win a family four-pack of tickets to the show.

‘Phineas and Ferb The Movie: Candace Against the...

Some of my favorite small Disney Animatronics ...