Photo Finds: A look around a not so crowded Universal Islands of Adventure 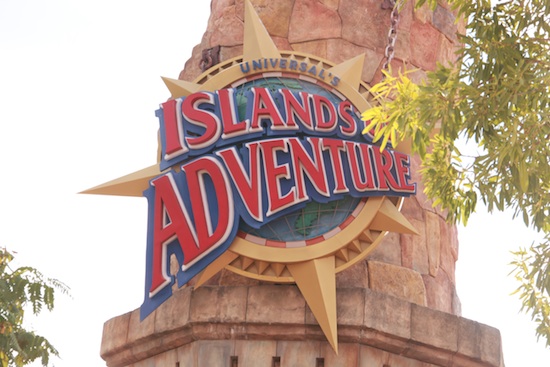 By Nick Lepa, photos by Evan Decarmine and Nick Lepa.

With the busy summer season ending, we decided to take a trip to Islands of Adventure on a recent weekend. Although the crowds weren’t to be found, the fun still was. 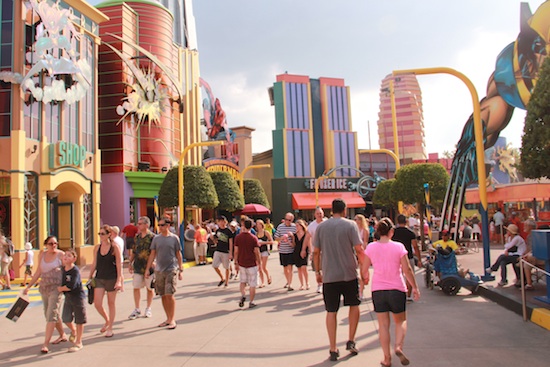 Marvel Super Hero Island was the most crowded land that day. As you can tell, it wasn’t too bad. 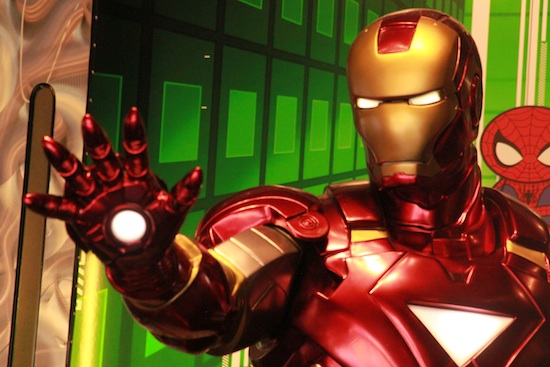 This life-size Iron Man statue has been in the park for sometime. Did you know you can purchase it for $7,000? 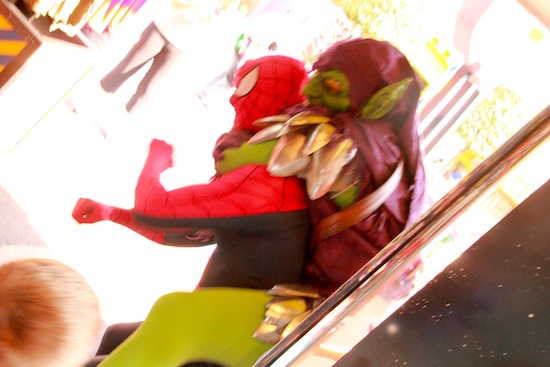 We caught Spider-Man and the Green Goblin in the middle of a brawl. The action was so intense that our camera had a hard time capturing it. 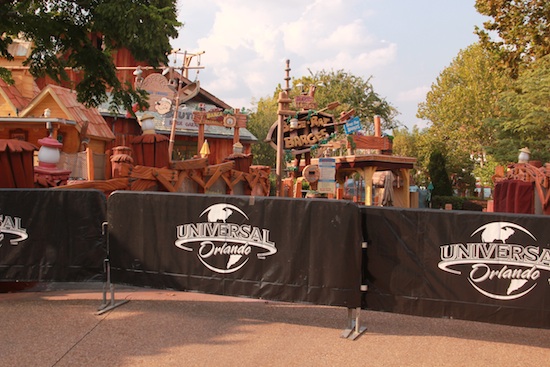 Popeye & Bluto’s Bilge-Rat Barges was down for seasonal maintenance. 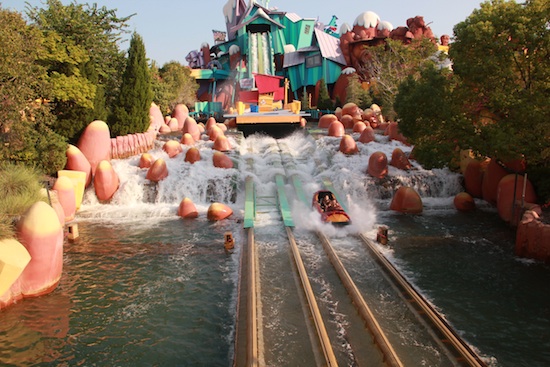 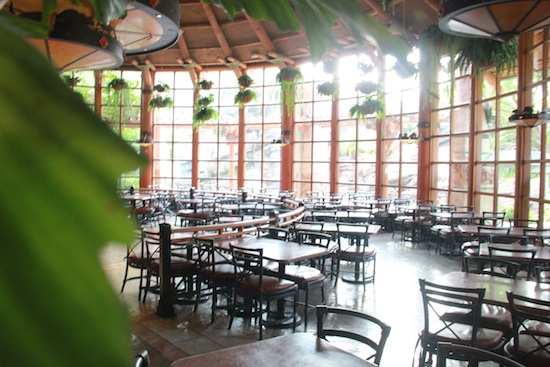 Thunder Falls Terrace was closed, but the doors were left open. 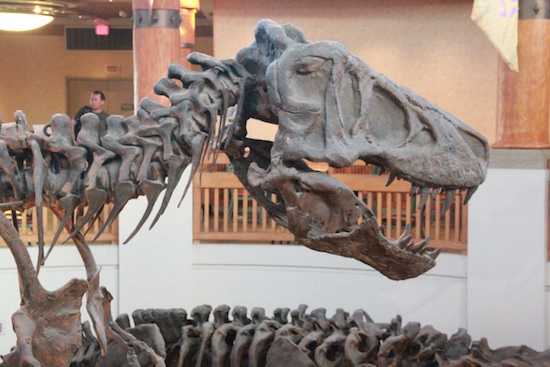 The Jurassic Park Discovery Center closed its lower floor extra early. There are cons to visiting on off-season days too. 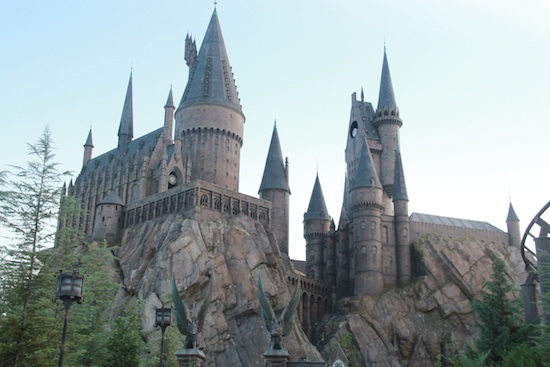 Hogwarts was a beautiful sight, as always. 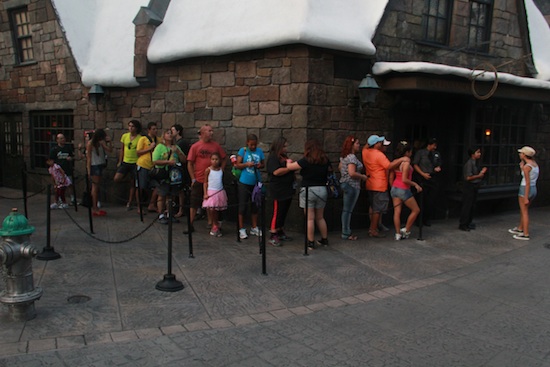 This is the shortest I have ever seen the line to see the wand-selection at Ollivanders Wand Shop. 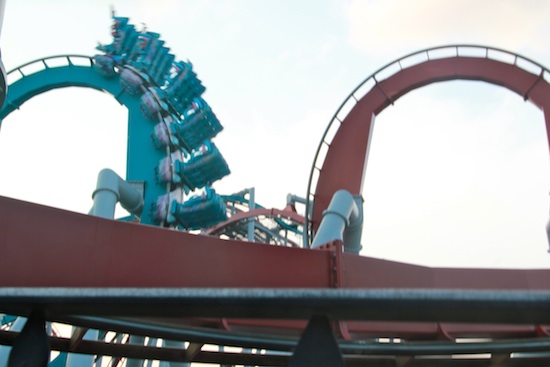 The Dragon Challenge coaster cars are no longer dueling because of an accident that happened a few weeks ago. Apparently something flew off a rider on one coaster and hit someone on the other. 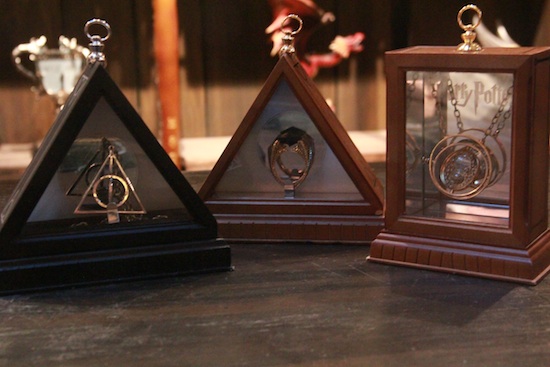 The Dervish and Banges store in The Wizarding World of Harry Potter has the Deathly Hollows necklace (far left) in stock. They’ve been out of them for awhile. 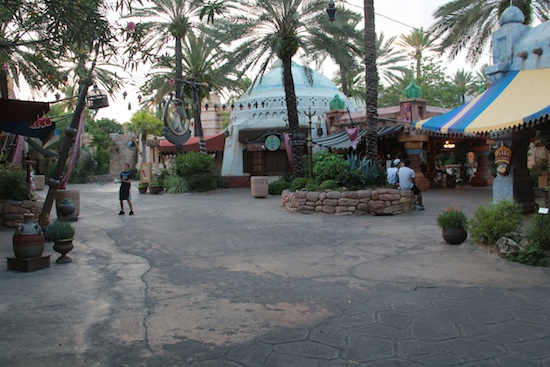 Only a few people were to be found in The Lost Continent. 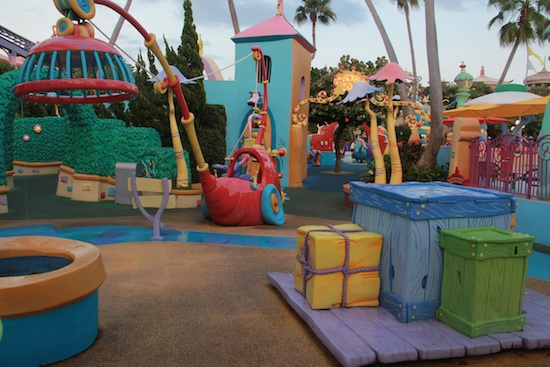 The “If I Ran the Zoo” water play area was recently renovated. 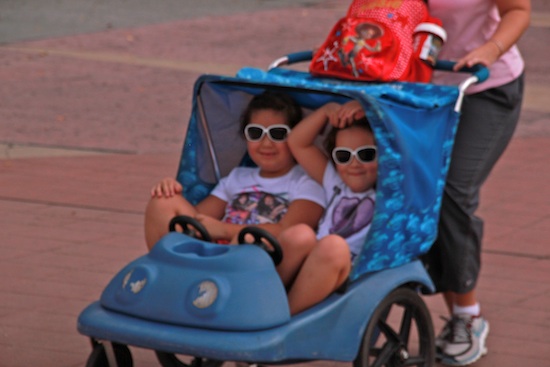 We’ll end this update with these two adorable girls resting after a long day at the park.

Work in Progress: An aerial view of Fantasyland construction at the Magic Kingdom – Fall 2011

Stage your own Simpsons couch gag in...