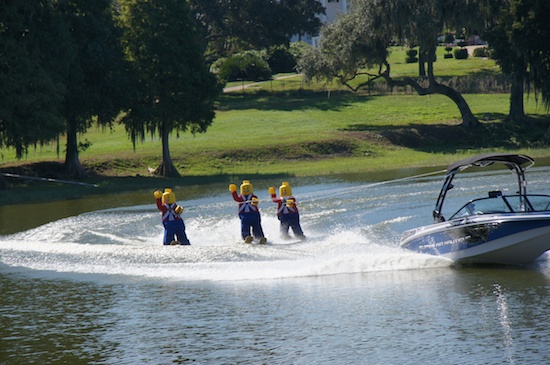 Legoland Florida officials invited us to the park today for another preview, our first where we didn’t have to wear hard hats. Yes, it’s getting very close to completion. The park officially opens Oct. 15, 2011. Keep reading for a preview of their brand new water ski show, a roller coaster and a boat ride. 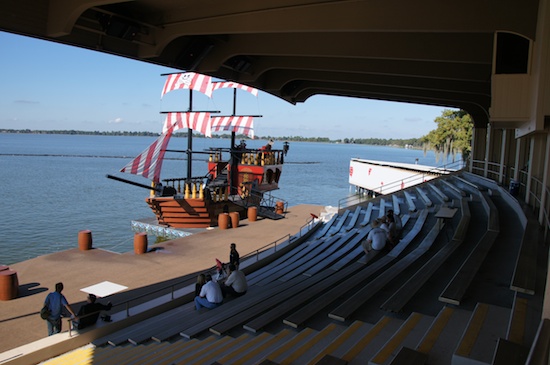 The stands of the water ski show that have been at the park since it was known as Cypress Gardens remain. But you’ll notice a new pirate ship has “docked”. The ship was built by The Nassal Company out of Orlando. They also helped in the building of The Wizarding World of Harry Potter at Universal Orlando. 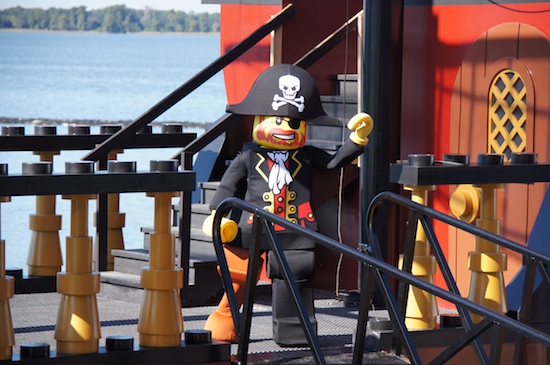 The water ski show is called The Battle for Brickbeard’s Bounty. This is Capt. Brickbeard and his ship’s name is Bounty. 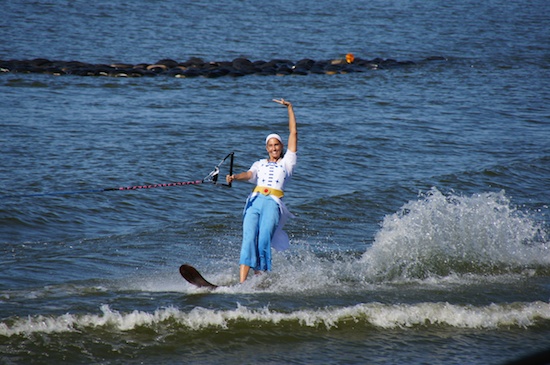 This is Miranda Valentina, she’s the good guy – so to speak. 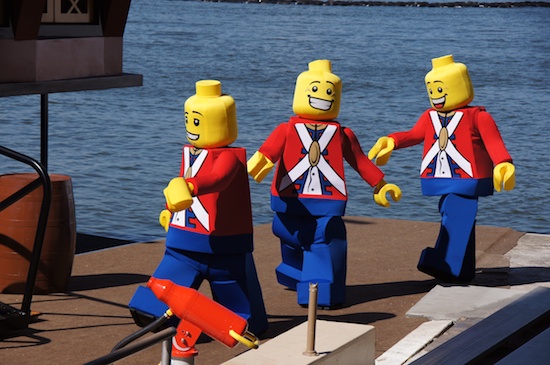 Here’s Miss Meranda’s imperial soldiers. They help her protect Pirates’ Cove, but they’re a bit bumbling. You can also see them skiing in the top photo.

Here’s a video preview of the ski show: 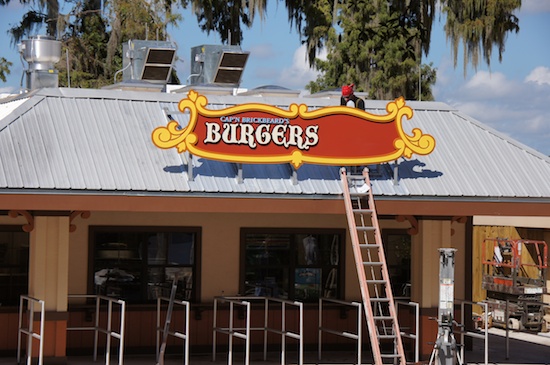 Workers were installing a sign for Cap’n Brickbeard’s Burgers just outside of the water ski stadium. 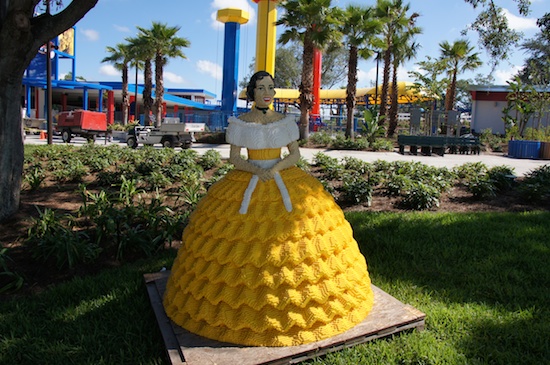 This Southern Belle is a tribute to the ladies in the large dresses that used to greet guests at Cypress Gardens. This Lego belle will be joined by another in a blue dress in the Cypress Gardens area of the park when it opens. 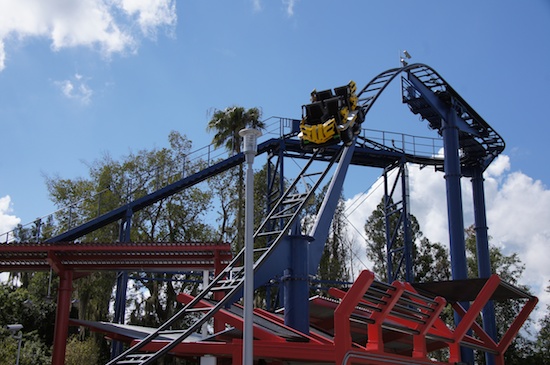 We were able to go for a ride on the Technic Test Track roller coaster. It’s a lot scarier than it looks, not because of the big drop … 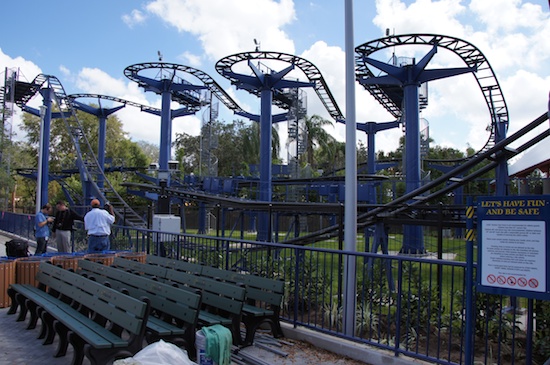 it’s these curves up top that are pretty scary. You think the small coaster car is going to come off the tracks. Of course, they’re not. It’s a fun ride. 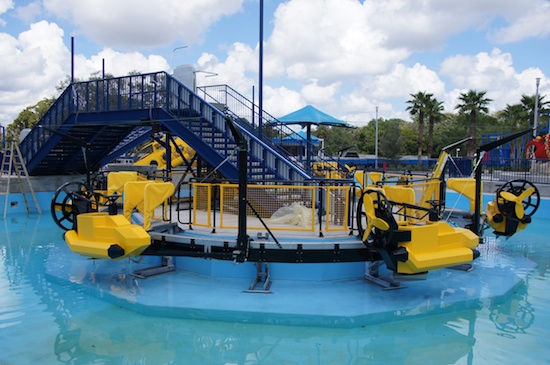 As we walked to our next test ride, we passed some other attractions. This is Aquazone Wave Racers. 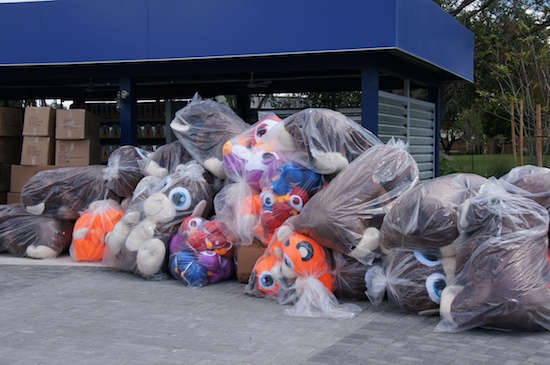 Some plush prizes ready to be won at the games of skill. 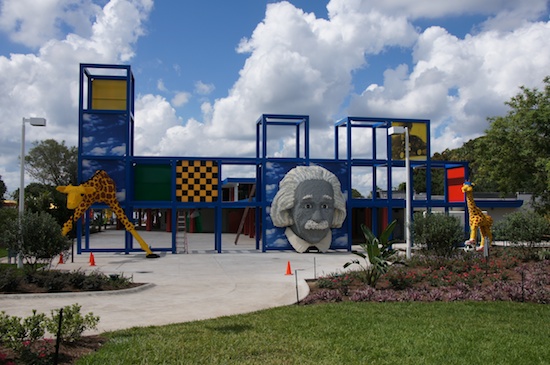 The entrance to the Imagination Zone. Check out Einstein’s head made of Legos. 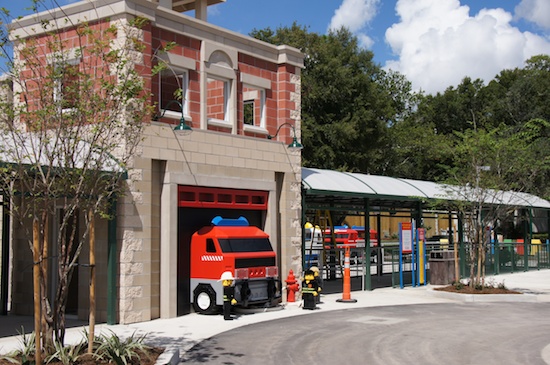 The front of Rescue Academy. 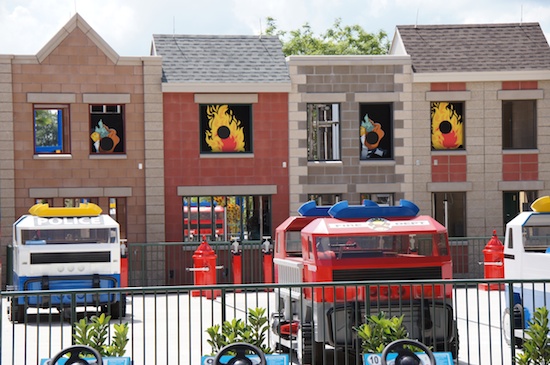 The play area of Rescue Academy. Kids and parents will practice their fire hose skills. 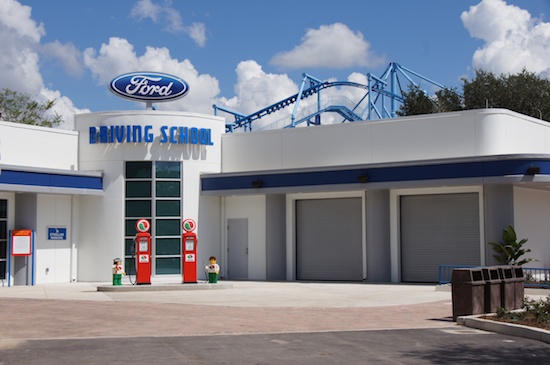 The front of Ford Driving School. The Ford Explorer made of Legos that we reported on earlier in the week hasn’t arrived yet. 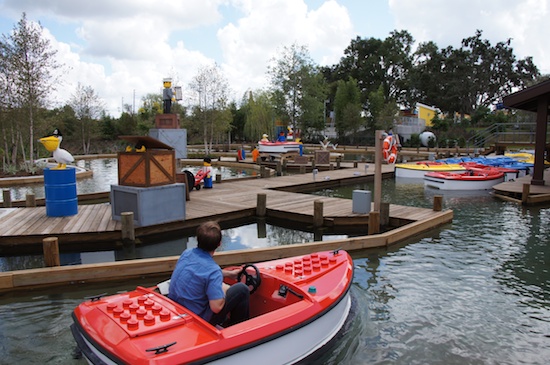 The final ride we were able to try out today was Boating School. It’s a relaxing ride around a water path. The cool thing about Legoland’s boating and driving school rides is that there isn’t a track to guide you. Kids really can learn to steer the cars and boats. 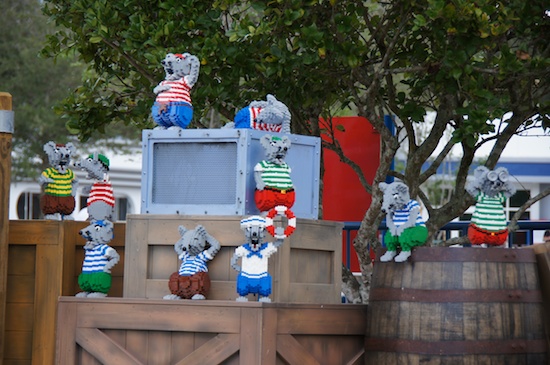 Of course it wouldn’t be Legoland without some cool Lego sculptures to check out along your ride.

Legoland Florida is located in Winter Haven, Fla., about 50 minutes from Walt Disney World. It opens to the public on Oct. 15, 2011. Passholder preview days will be held Oct. 10, 12 and 13. AAA members are able to buy a ticket to preview the park on Oct. 7 and 8, but the Oct. 8 date is already sold out.

Click Here for all our articles, photos and videos from Legoland Florida.

Photo Finds: A look around a not so crowded Universal Islands of Adventure

Depending on how busy it is, you can see it all in one day. But add a half a day for the water park too.

A look at a shuttle orbiter inside...